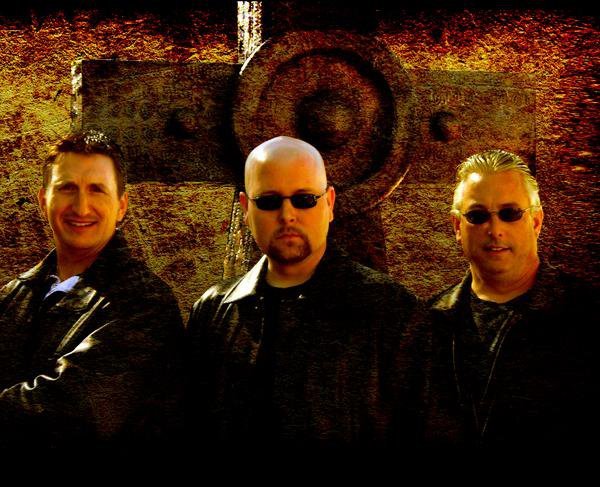 (Our doom-addicted Russian contributor Comrade Aleks returns with another interview — and this time he talks with guitarist Jonathan Bates from the critically praised Dallas band Elliott’s Keep. We’ve got music from the band in here, too)

Elliott’s Keep is a strange example of an original and professional band who have stayed in the shadows despite all of their merits. This Dallas-based trio have worked in their own way, composing a tight and both epic and sinister mix of thrash, progressive, and doom metal since 2006. Their third work Nascentes Morimur was released in November 2013, and since then I have been immersed in this record, listening to it time after time. In the end, I found myself thinking that I needed to spread the word about Elliott’s Keep further, and these thoughts disturbed me until I finished this interview with Jonathan, the man with the black distorted guitar.

Hail Jonathan! The third Elliott’s Keep album Nascentes Morimur was released in November 2013.  What has happened in your lives since then?

Greetings again, Aleksey!  Things have settled down a bit after the busy times associated with the release of the new record.  We played locally and have been starting to work on new songs.

Nascentes Morimur shows the band’s strongest sides and it took three years to write, record, and release it. Can you tell us the story of this release?

After releasing Sine Qua Non, we dealt with various life issues, including a significant vocal paresis for Ken that sidelined him in that aspect for nearly six months.  We also took time to build our own practice studio, which is now a convenient and efficient asset.  As we composed and polished the songs for Nascentes Morimur, the months did turn into years and, before we knew it, three years had passed.  As with each of our albums, we recorded with J.T. Longoria at Nomad Studio in Dallas.  That was a four-month process, through tracking, mixing, and mastering.  Once that was finalized, Joel had the art ready and it was off to duplication and release.

How would you compare Nascentes Morimur with Sine Qua Non?


This time you have a song with lyrics based on Tolkien’s Silmarillion, and it’s a pretty depressive epos indeed.  Weren’t you afraid to use this story because of all the things connected with Tolkien’s legacy that have become more and more popular?

We have never done a song before related to an existing work.  We decided to do two on this record, those being “Feanor’s Bane” and “Tale of Grief.”  The Silmarillion and The Children of Hurin are not broadly known, so we had no concerns about them in that sense.  Those stories are an excellent fit with what we do – especially, “Tale of Grief”, which is truly a tale of doom.  The lines that became the chorus needed to be made into a doom metal song.

Then I must ask you how do you like that strange love-story in The Hobbit film by Peter Jackson? I mean that deal between the dwarf and the elven woman… It’s some crazy stuff…

Let’s just say that, whatever the original work, we prefer adaptations that are true to the source material. 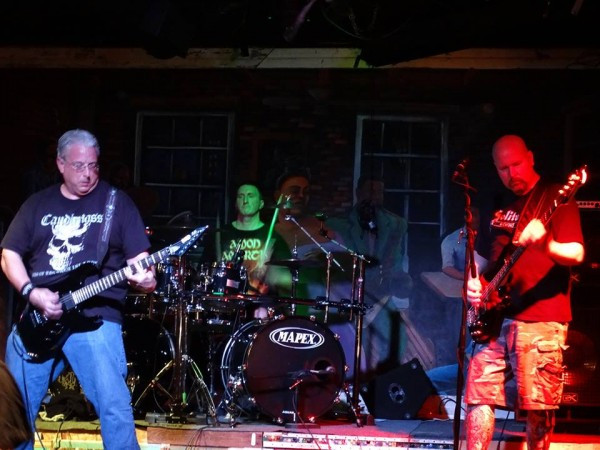 I see that Elliott’s Keep continues to hold a line of mixing traditional doom and thrash metal, yet you also take further steps using viola as part of an interlude, for example. What are the necessary elements in Elliott’s Keep sound?

We integrate doom and other metal styles, such as thrash and death metal.   The ratio of those styles varies from song to song and album to album.  Our music is epic and progressive as to tempo changes and time signatures.  We do throw in the occasional spice, such as the viola in two places on this record.

I remember that John Perez played a guitar solo on your previous work.  Did you call him for collaboration this time?

We were very honored to have John play on Sine Qua Non and his performance was everything that we knew it would be.  He has been a friend for many years – going back to our prior band — and we appreciate his support for us.  The guest solo was not anticipated to be recurring, and we did not talk to him about playing this time around.  It would be great to do it again one day, so we’ll see what the future holds.

It is obvious that Elliott’s Keep has shown its best on this album, but your popularity is limited in the doom scene.  This album is self-released. Did you aim at first to release it through some label, as you did before with Brainticket Records?

Our focus has never been about commerce, image, or chasing the social media scene.  We compose, play, and record the music we love.  Unfortunately, Brainticket is on semi-hiatus now, as a casualty of music industry sales.  Moving forward, we considered our options and decided to put the Nascentes Morimur out as a high-quality free download at http://elliottskeep.bandcamp.com/.  Of course, being old-school, we also had to have physical product available for those of like mind.  The CD is available on the Brainticket website, CDBaby, Amazon, and other internet resources.   We are well-pleased with the response we have received for Nascentes Morimur from listeners and reviewers. 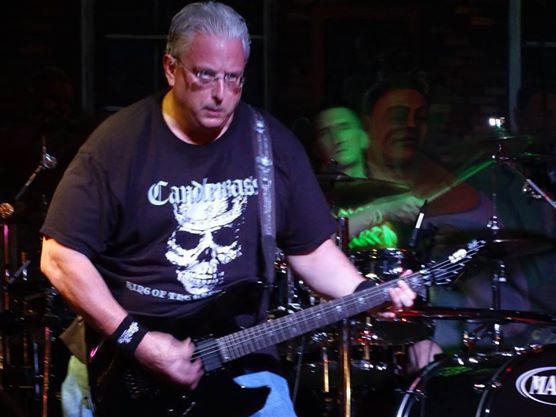 Have you tried to analyze the overall sales of Elliott’s Keep albums? If so, which one shows the best results, from which countries do people usually order CDs, and so on…?

That would be interesting to know, but we have not done any analysis about that.  I can say that we periodically see sales information and comments from many countries and that is very cool.

It is the same with this record as with the others – we are proud of our songs, the quality of our production, and this plot on the music spectrum that we have staked out with our style.  We create music for ourselves, but there is a great satisfaction hearing how it resonates with others.

Do members of your family support your musical undertakings?

Yes, they are all very supportive.

The band still exists as a trio.  Do you want to welcome one more member in your family?

Many bands are business entities, with members living far apart or replaced interchangeably.  That’s not us.  We are kindred souls creating and playing our music together for more than twenty years.  We live within a few miles of each other and jam together most weeks.  When Glenn Elliott died in 2004, we went from four to three. That is unlikely to change. 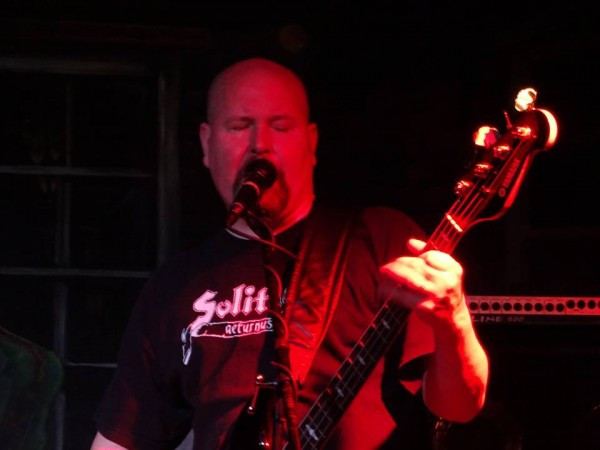 What are your most influential doom bands?

Our primary doom influence is Solitude Aeturnus.  We were fortunate to see them play here live, early and often, going back to the time of their first album.  Those are great memories and their music is an ongoing inspiration.  I remember buying multiple copies of Into the Depths of Sorrow back in the day when personal CD duplication was inconceivable, because I wanted to be sure that I would not be without that record if something happened to one copy.  Of course, our other primary doom influences are Black Sabbath and Candlemass.  A list of our non-doom metal influences would be long and varied.

Is it true that you’re already looking ahead to the next record? What is the progress of your work?

Yes, with the release of each of our albums, we have already begun working on the next one.  We are still early in the process, but we are excited about the progress.

I know that Elliott’s Keep isn’t a political band, but what do average Americans think about Russia today? Have the American media done their work well enough to project the image of a bloody totalitarian monster through blue screens and other sources?

As you mention, we choose to stay focused on music.  We listen to many bands from around the world and always appreciate hearing from our friends and fans, wherever they may live.  We thank you for your support! 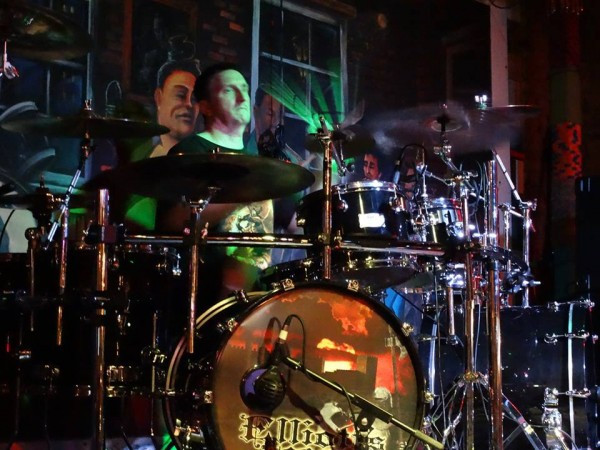 I got it Jonathan! Thank you for your time, I hope that Elliott’s Keep will give us another reason to talk pretty soon.

Our thanks to you, Aleksey, for the opportunity to answer your questions. We look forward to hearing from you again soon.

2 Responses to “AN NCS INTERVIEW: ELLIOTT’S KEEP — “TALES OF GRIEF IN DAYS OF HELL””