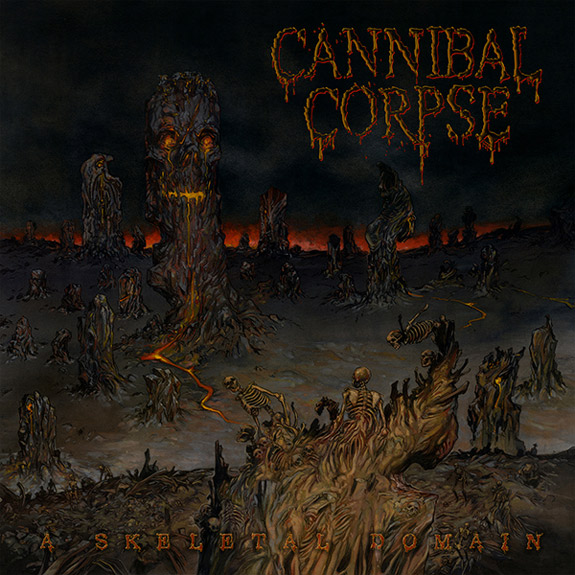 Since Cannabis Corpse released a new album this year, it seems only fitting that Cannibal Corpse will, too. Word emerged yesterday that its name will be A Skeletal Domain and that its release is expected in mid-September via Metal Blade. As you can see, the album art also surfaced. I haven’t yet seen the name of the artist since I haven’t yet seen an official press release, but it sure is an eye-catcher.  Update: thanks to a comment below, we’ve learned that the album cover was painted by Vince Locke.

And finally, we have the track list, which of course is half the fun of a new Cannibal Corpse album.  UPDATE: Plus, we now have the stream of a brand new song

Below you can listen to “Sadistic Embodiment”, an advance track released for streaming a few hours after the original version of this post. 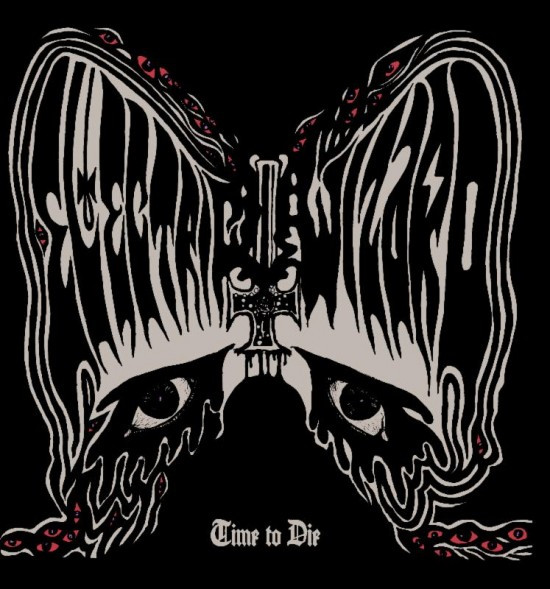 The image you see above caught my eye in a message I found in the NCS e-mail box this morning. It was created by Jus Oborn, the vocalist/guitarist for long-running UK doom band Electric Wizard, and it will appear on Electric Wizard’s eighth album, Time to Die. The album is being released by the band’s new label Spinefarm. The press release included this statement from Oborn:

“All of our albums in the past have had a theme — revenge, drugs, black magick — and the theme of this one is death. Of course, death to us really means rebirth, so this album is a manifestation of a very primal occult belief in the final sacrifice. We have gone full circle — it was inevitable, but we had to do it. We had to kill the band so we could be reborn. It was the only way to ensure we could come back even stronger.”

I haven’t seen a release date yet. The band’s FB page is here:

3 Responses to “SOMETHING WICKED THIS WAY COMES: NEW ALBUMS FROM CANNIBAL CORPSE AND ELECTRIC WIZARD”