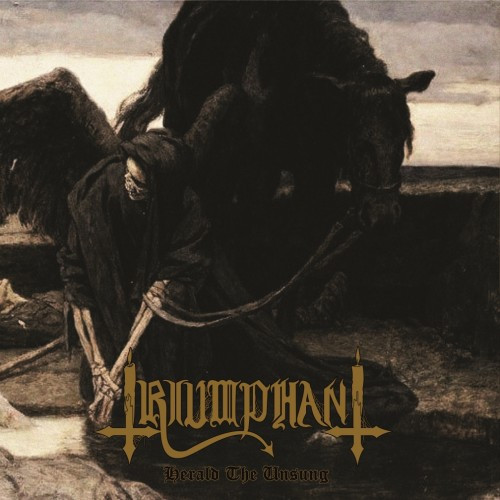 My pal KevinP recently sent me a link to the album’s title track, and I was hooked from the opening seconds by the highly infectious and caustically blistering riffs that propel the music like a rocket. The song does have its off-speed moments, which are drenched in dark melody and surrounded by an aura of doom, and they’re part of what makes this long song so appealing. The vocalist, by the way, sounds like he has rabies — unhinged and biting.

Before you reach the end, you’ll also be treated to a really good, writhing guitar solo. 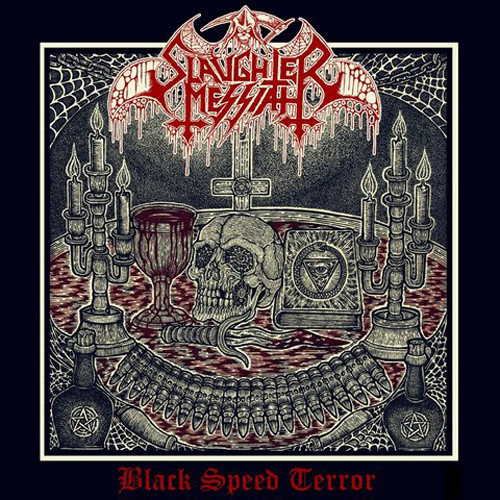 Slaughter Messiah are from Belgium. Their 3-track EP Black Speed Terror was released by Demonhood Productions last fall, and isn’t that a hell of an album name? 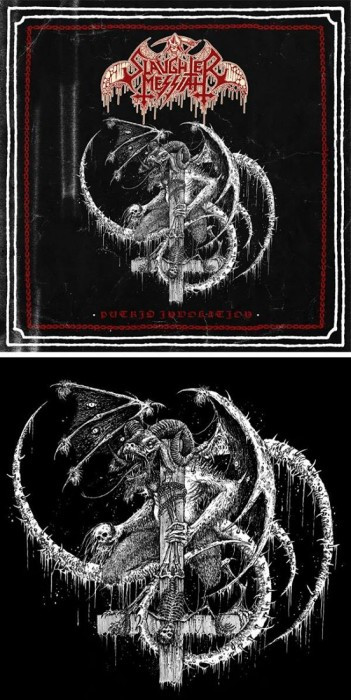 The tracks on Black Speed Terror burn like a house on fire, with the conflagration whipped by storm winds. Mixing furious speed-metal riffs, blackened tremolo chords, and serpentine melodic leads and solos, the songs display canny songwriting skill as well as faithfulness to an old-school venomous thrash ethic. The guitars have a low-slung tone, the drumming is maniacal, and the vocals spit poison and broken glass with infernal glee. Blasphemous and blistering. 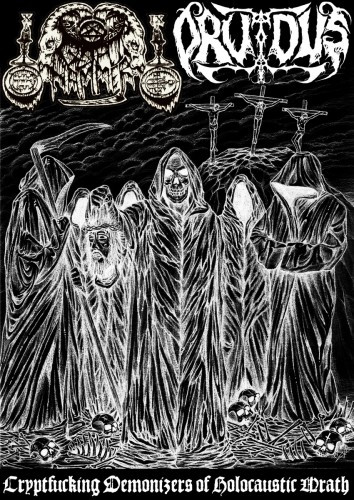 The next two entries in this collection are songs from two bands who recently released a split together, entitled Cryptfucking Demonizers of Holocaustic Wrath. Both are from Saskatchewan, Canada.

Druidus dwell in the infernal corners of Prince Albert. Their two songs on the split are “Impious Cruelty” and “Ritualistic Defecation in Hellbent Ecstasy”.  They sound like they were recorded live in a practice space — no frills, no gimmicks, just a flurry of distorted guitar mayhem, flailing percussion, and filth-encrusted braying. Even if this doesn’t make you want to fuck in a crypt, it may at least remind you of a maggot swarm in a feeding frenzy, and who doesn’t enjoy being reminded of that? Lo-fi lasciviousness.

The other two lo-fi tracks on the split are by Goathammer from Saskatoon — “Obscure Oath of Ubiquitous Ominosity” (I don’t know if “Ominosity” is a word, but it damned sure should be) and “Uncelestial Ascension Of A Will Fated By the Void”.

These songs are ugly, ominous, and grinding, even when the band have got their spiked boots jammed hard on the gas pedal. Murky and malevolent, the music is a churning mass of distorted, downtuned chords and horrific vocal utterances. Perhaps more blackened death metal than black thrash, when it flies it’s like a school of big demon piranha ripping at a carcass.

Both of these bands will be touring Western Canada in July and August. Here’s the schedule: