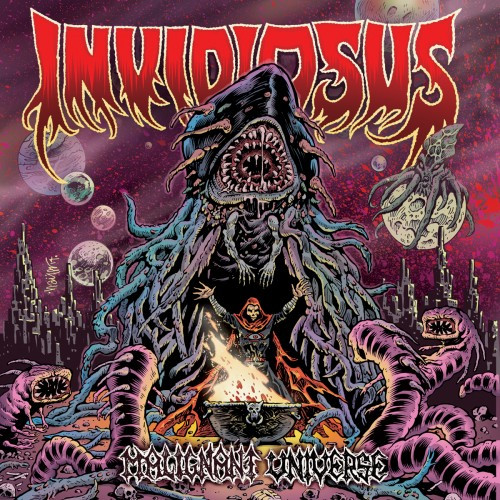 An issue that seems to especially plague metal bands and impede their future is the high number of members many bands go through. It takes a hearty group with guts to stick through a revolving-door line-up, and few can understand this struggle better than Minneapolis, Minnesota natives Invidiosus. Since forming as a group in 2006, they have gone through 20 members, releasing a few demos and EPs along the way and now preparing for the imminent July 7th arrival of their debut full-length, Malignant Universe. It’s an album that includes an eclectic mix of powerful older compositions alongside bold new ones. It’s the silver lining to their unfortunate revolving door issue: With so many different people (collectively) having written the music contained on Malignant Universe, there is a healthy diversity to their generally grind-blasted death. Malignant Universe exhumes the past and yet doesn’t reside their. It takes restrained guidance from modern, more technical deathly forms, and yet doesn’t wholly reside there either.

“Exacerbated Psychosis”, the song we’re premiering today, is a putrid trip to the graveyard, with all the offal trimmings and horror intact. The opening riff and drum combo hints at a barrelling Origin-style sound, and yet the lacerating and churning build that follows gnaws at you with more primitive teeth and bestial vocal charm. 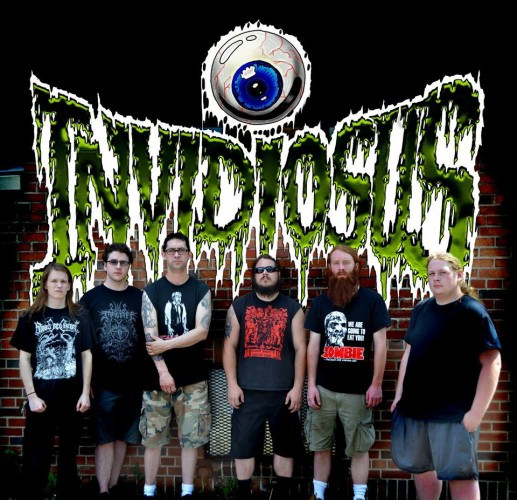 Halfway through mercilessly tearing at your flesh, a melodic solo arises that then returns to the miasmic battle at hand– as another solo fires off overtop. A quick and crimson-shaded black metal riff takes hold, emptying out into yet another solo. Consider it a solo within a solo within a solo, Inception-style. Or maybe, to make it even more like Inception, it should all be considered one extended solo? After the solo-fest feast, a quick battering of blasting chaos rings out a final utterance of rancor that resonates across time and space.

Listen to “Exacerbated Psychosis” below, and after that we’re also including the previously released title track from the album for your listening pleasure.