The opening of the song is a slow, craggy monolith of doom riffs and striking vocals, which range from high, clean psychedelic wails to cavernously deep growls. The song eventually picks up the pace in a crash of grinding guitars, with chugging chords and a searing solo in the foreground, and echoing chants in the background. There’s a third section as well, one that becomes even more otherworldly in its occult ambience yet more beautiful in its somber, heartbreaking melody.

Part classic doom, part death/doom, part gothic metal in the Type O Negative vein, the song is a very strong teaser for The Coming of Mictlan. And man, Grifonso has a helluva voice. 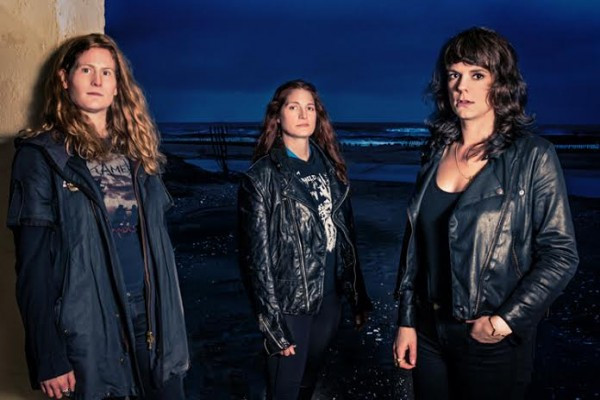 Earlier this month we had the pleasure of premiering a full album stream of Cursed to See the Future, the fantastic new album by Brooklyn’s Mortals, which is now out on Relapse Records. Yesterday Metal Injection premiered an official music video for the album’s first track, “View From A Tower”, which is one of my favorites on a consistently strong album.

It was directed by Jason Ferraro and Nadya Wasylko and much of it was filmed inside The Acheron in Brooklyn. It’s well-done and intriguing to watch and it includes a walk-on role by the doomed Michael Dimmitt from Mutilation Rites. The music… kills. 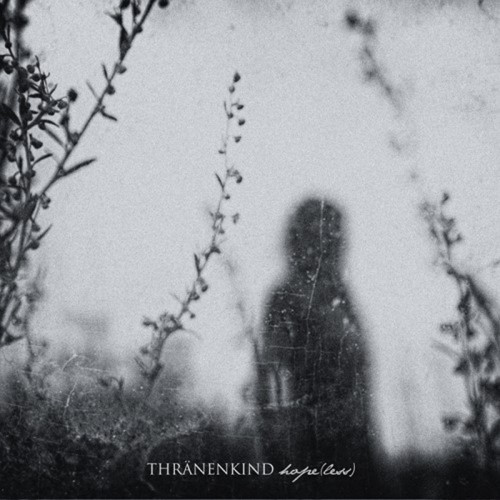 Germany’s Thränenkind, who I last wrote about when they were on the verge of releasing their 2013 debut album The Elk, are back with a new two-song 7″ EP on Lifeforce Records entitled Hope(less). It was released on July 18 and is now also available on iTunes. What I saw yesterday was an official video for one of the two tracks on Hope(less) — a song called “April”.

I’m really digging “April”, even though spring is not in the air of the music. It’s a dark, bruising, mid-paced blend of scarring, hardcore vocals and post-metal instrumental melodies, with a rippling tremolo lead that’s like an electric current flashing through the weight of all this sorrow. Gripping stuff. 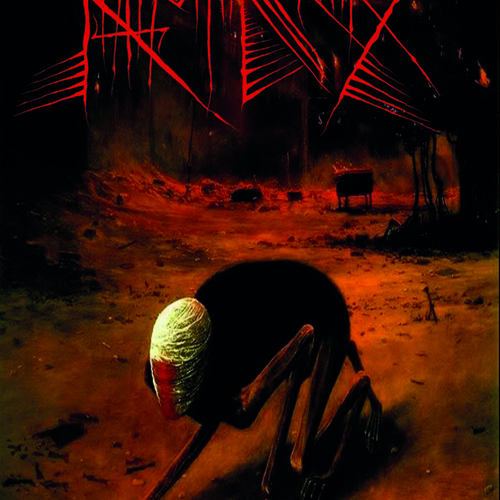 Yesterday CVLT Nation premiered “The Grand Sidereal Swindle”, which follows by about two weeks the streaming premiere of an earlier track, “Magmatiik Moil”. I’m going to be writing about this album in detail at a later date, so for now all I’ll say is LISTEN!

Heptaedrone will be released on August 15. I haven’t located a Facebook page for the band.

P.S. Upon further reflection, I’m guessing that the band’s name is a variant spelling of the words “chthonic” and “cervix”, especially after learning that “chthonic” (which means subterranean) is from the Greek word khthon, a word for “earth”. Per The Font of All Human Knowledge, khthon “typically refers to the interior of the soil, rather than the living surface of the land (as Gaia or Ge does) or the land as territory (as khora (χώρα) does). It evokes at once abundance and the grave.”

The last time we wrote about Rome’s Hideous Divinity was when our guest Ted O’Neill (guitarist of Oblivion) reviewed the band’s last album, Obeisance Rising, in October 2012. That was a killer of a death metal juggernaut, and we’ve been eagerly awaiting the band’s next full-length, Cobra Verde, which will be released this fall by Unique Leader Records. I understand that the release date, cover art, and track list will be revealed next week, but for now we have a sneak peak at the music courtesy of a video the band posted yesterday. It shows Hideous Divinity drummer Giulio Galati recording drums at Stefano Morabito’s 16th Cellar Studio in Rome.

Fasten your seatbelts. The oxygen masks will be dropping from the ceiling momentarily.