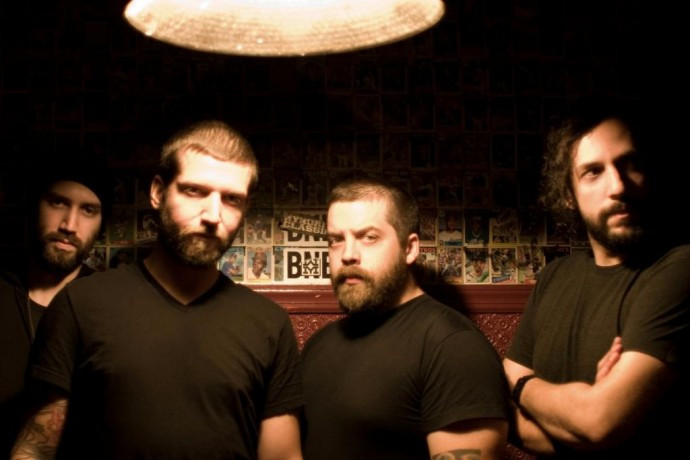 (In this 49th edition of THE SYNN REPORT, Andy Synn reviews the discography of Junius from Boston, Massachusetts. Their music is an exception to our Rule.)

I first heard about this band in a rather unusual way back at the tail-end of 2011, when they stepped in at the last minute as replacements for Ghost, who were forced to drop off Enslaved’s North American tour at the last minute due to visa issues. Having no prior knowledge of the band at all, I was particularly intrigued when I started to see a quiet shit-storm floating around certain parts of the internet about “that indie band opening for Enslaved”, and felt compelled to check them out… after all, there must be something to them to be causing such a fuss.

And I’m glad I did, because the music they make is astonishingly beautiful and moving, with a sense of haunting atmosphere and blooming melodic power. The guitars shimmer and blossom in great waves of light and shade above an electric foundation of looping bass lines and lithe, progressive drum work, while the vocals – pulsing with echoes of both Joy Division and The Smiths – weave their own distinctive spell of captivating, clean-sung poetry and passion.

The band have been described in several ways… “Alt Metal”, “Post Rock”, “Indie Metal”, “Art Rock”, “Shoegaze Doom Metal”… though none of them really hit the spot. There’s certainly elements of Post-Punk and New Wave in their DNA, that’s obvious enough, as well as a fascination with the metallic atmospherics of acts like Neurosis and Isis, but really their sound is quite unique – oddly anthemic, yet strangely apocalyptic.

Ultimately then, the proof is in the listening. Perhaps start with their latest EP, and work your way backwards. After all, this may not be typical NCS fare, but you trust me… right? 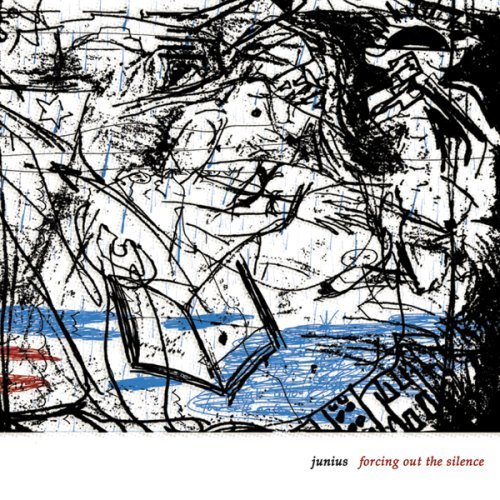 The band’s debut EP begins with the rumbling bass lines and twitchy guitars of “[Elan Vital]”, which leads swiftly into the shimmering guitar work of “Hiding Knives”. The dramatic, emotive vocals of Joseph Martinez peal out heartfelt harmonies and heartbroken lyrical couplets with clear conviction over a tapestry of chiming notes and skittering drum beats, building the tension before achieving final, convulsive release in the song’s penultimate moments.

“From The Isle of the Blessed” follows, with its driving waves of distorted guitars and splashy cymbals, stuttering melodic notes and rolling drum fills, peaking in a tremolo-led chorus that swoops and soars with majestic grace.

The squalling, ambient distortion and ghost-like vocal melodies of “[Elan Fatale]” provides a strange, yet affecting, interlude before the title track “Forcing Out the Silence” brings things to a close, with seven minutes of Post-Punk, Post-Hardcore, Post-Rock, Post-Metal brilliance, an irresistible melding of sounds and styles that grows and swells, ebbs and flows, with equal parts dissonance and harmony.

Sample song: “From The Isle of the Blessed” 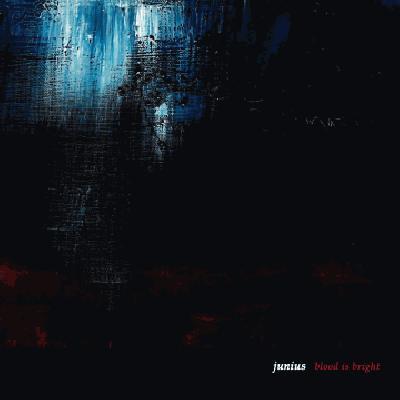 The short introduction of “[The Anunciation]” prefaces the chiming guitars and supple drums of “Blood is Bright”, whose ghostly notes and soft-sung vocals whisper through the atmosphere, before finally coalescing in a scintillating cascade of brilliant, star-lit melody.

The snappy Post-Punk of “A Word Could Kill Her” has a peculiarly brittle energy to it, fizzing with nervous anxiety, that eventually erupts in a fantastic finale of storming riffs, echoing screams, and taut, reverb-drenched chugging, leading into the patient majesty and celestial harmonies of “In The Hearts of Titans”.

The EP closes out with the shining chords and plaintive vocals of “At The Age of Decay”, whose creeping bass lines and rippling, restrained drums guide the song through peaks and valleys of glorious melody and wrenching emotion, toward its final conclusion.

Sample song: “At The Age of Decay” 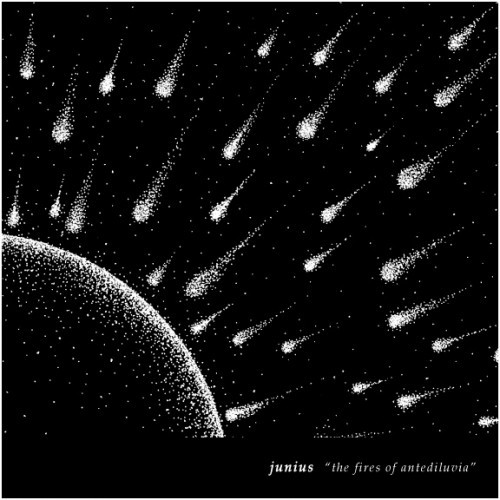 This short, two-track EP primarily serves as a showcase for the band’s increasing grasp of mood and intensity, as well as a production sound that gives their material greater depth and heft, providing more power and muscle to contrast against the more frail and tenuous moments. The title track itself. “The Fires of Antediluvia”. is really more of a long, progressive piece of musical ambience and arty experimentalism, six and a half minutes of slow-burning atmosphere, graced only by the barest slivers of vocals and melody, that bursts into a grand metallic cacophony in its closing third.

“Centurian”, on the other hand, is more direct and instantly accessable, its low, fuzzy bass lines, crashing riffs, and tense vocal melodies  all providing a captivating contrast between one another, as the song slips and shimmies between quiet and loud, light and shade, soft and heavy, with carefully crafted aplomb. 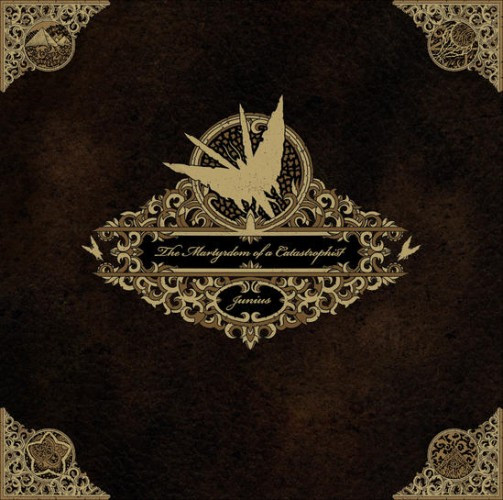 THE MARTYRDOM OF A CATASTROPHIST – 2009

The band’s debut full-length is a concept album, of sorts, based around (and utilising quotes from) the life and works of theorist Immanuel Velikovsky, and shows them stepping up their game immensely – increasing both their metallic intensity and melodic nuance in equal measure, expanding their sound without losing its unique core.

“Birth Rites By Torchlight” eventually manifests in a stream of crashing chords and dark, melancholic guitar melodies, reminiscent of recent Solstafir at their haunting best. The song’s gloomy beauty is accentuated by the fractured, impassioned vocals of Joseph Martinez, who has grown into a dark star in his own right, his instantly recognisable voice leading the band through emotional highs and lows and musical shades of many colours.

“The Antediluvian Fire” is a re-recording (and minor re-working) of “Centurian” off The Fires of Antideluvia. Heavier, bigger, more majestic, it showcases the vast improvements in the scope of the band’s sound and vision perfectly, while “A Dramatist Plays Catastrophists” is five minutes of pure melodic bliss entwined with moments of Post-rock grandeur and angular, Post-hardcore tension.

At over eight minutes in length, “Ten Year Librarian” is a progressive piece of musical artistry that initially recalls the music of the Deftones at their strangest and most experimental, but which slowly moves through many different aspects, from sweeping galactic ambience to crashing Post-Metal power, guided by the impressive and intricate drum work of Dana Filloon.

“Stargazers and Gravediggers” continues the Deftones comparisons somewhat (unsurprising, since the two bands seem to share several key influences) with its subtly textured guitar lines adding a taste of both power and proggy nuance, while almost-ballad “Elishiva, I Love You” swings things back towards the band’s 80’s era influences, putting the empathic wails of Martinez front and centre.

The album ends with the double-header of “Letters From Saint Angelica” and “The Mourning Eulogy”. The former is strongly reminiscent of Solstafir at their most enigmatic and immersive, while the latter bring the album to a fittingly powerful conclusion with its subtly progressive guitar work and gleaming melodic hooks, building slowly towards a gloriously atmospheric finale. 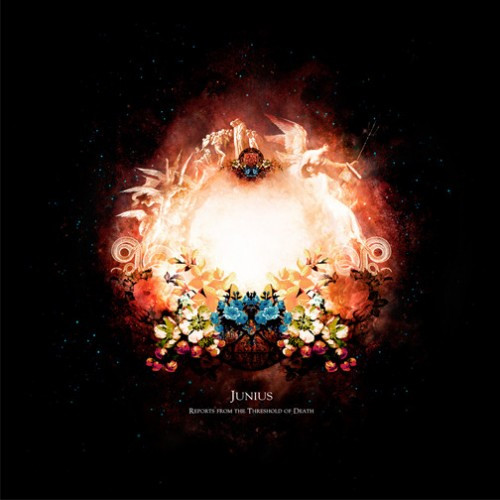 REPORTS FROM THE THRESHOLD OF DEATH – 2011

The opening keys and ambience of “Betray The Grave” certainly have a spacey, ethereal feel to them that recalls – of all things – Metroid, but the song itself is grounded in pure emotion, the band balancing melody and muscle, passion and precision, like never before, particularly during the song’s massive, hypnotic chorus refrain.

“All Shall Float” continues this trend, matching fluid keyboard atmospherics to subtly powerful guitars, backed always by Filloon’s attention-grabbing performance behind the kit. With its mix of subtle heaviness – albeit in a manner more concerned with mood and emotion rather than sonic bludgeoning – and artful melody, the track effortlessly weaves a mesmerising glamour around the listener that’s utterly spellbinding to hear.

This effect continues through “Dance On Blood”, which is reminiscent in places of recent Katatonia, playing games with the quiet-loud dynamic with effortless ease, right up to its rather booming climax. “A Universe Without Stars”, meanwhile, is a brilliant composition that captures some of the awe and majesty of the vastness of infinity in microcosm, bursting with solar light and pulsing dark matter shadows, leading into the ghost-like harmonies and phantom electricity of “Haunts for Love”.

Utterly captivating and unforgettable, “The Meeting of Pasts” is a scintillating cascade of melody and energy, backed by a series of mesmerising keyboard melodies and crowned by a truly soaring vocal performance from Martinez, its thrumming guitars and dancing drums painting a picture of life in all its wonder and beauty.

With its vast, Neurosis-esque eruptions of passion and emotion, a sense of doomy melancholy and gloomy melody pervades every shivering chord and tense vocal hook of “A Reflection on Fire”, while “Transcend the Ghost” is more restrained and laid-back, allowing its aetheric harmonies to float loosely and languidly through the void. Though that doesn’t preclude a vibrant and electrifying mid-section from upping the ante and turning up the power a few notches!

It all comes to a conclusion with the proggy promise of “Eidolon & Perispirit”, building from an echoing absence to a galactic eruption of energy and passion, as dense waves of metallic guitars and esoteric keyboard melodies drape the skyline in their gleaming glory

Sample song: “A Universe Without Stars” 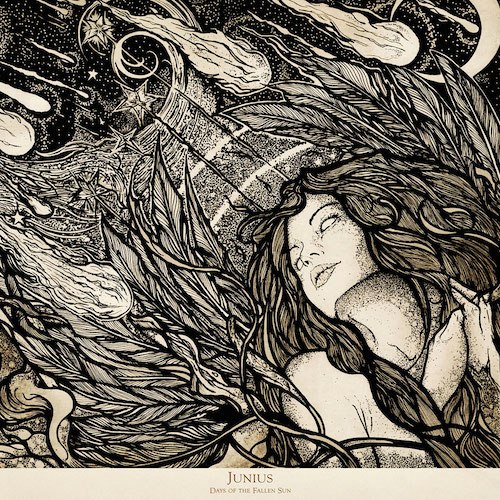 Tied together by a series of haunting ambient interludes, the four tracks which make up the majority of the band’s most recent EP arguably showcase them at their absolute best – more powerful, more experimental, extravagant, and extroverted, yet equally introverted and intense.

There’s more than a hint of the emotional immensity of Ghost Brigade in the EP’s first track-proper, “The Time of Perfect Virtue”, which bursts into life in a storm of whip-crack drums and powerful, yet melodic, guitars. Intricate drum patterns, ringing clean guitars and flowing keyboard atmospherics provide a captivating canvas for the song’s hypnotic vocals, interspersed with moments of barely restrained Post-metal intensity.

“A Day Dark With Night” is over seven minutes of Alcest-ian glamour and proggy Tool-esque drum work, laced with Deftones-y vocal melodies, which somehow sounds like all these bands and yet none of them, weaving these tenuous threads together into something vastly more ambitious and atmospheric, laced with a series of sombre vocal refrains that creep softly into your brain and refuse to budge.

“Battle In The Sky” brings back that Neurosis/Ghost Brigade/Cult of Luna sense of portentous heaviness, guitars crashing down like calving glaciers amidst an icy shower of melody and refracted light, with the occasional scream or raucous gang vocal breaking through the din with their sheer passion and conviction.

The EP ends with the slow-burning, apocalyptic strains of “Forgiving the Cleansing Meteor”, which intertwines solemn pathos and progressive nuance in a scintillating display of clarity and complexity, ending with a compelling, blissful mantra of:

We are the dreams of God

We embrace the dark

We are the light we are the fire

That brings the whole thing to an utterly enthralling conclusion.