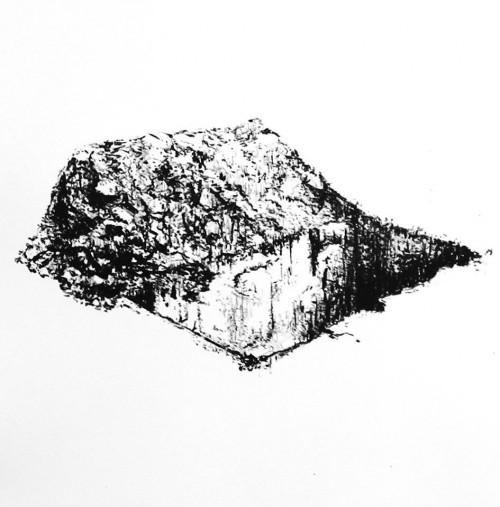 I don’t know exactly who recommended Chapel Hill, North Carolina-based Lesser Life, but I know that their release The Light Will Never Touch You Again appeared on one of the many lists we featured as part of 2013’s annual year-end liststravaganza or what have you will call it. The Light Will Never Touch You Again is a manic release, filled with violence and a heavy dose of grind fed directly into its veins. It is one of those releases that captures nihilism well, and because of that the group have always remained in the back of my mind.

I’ve gotten into the habit of doing random check-ins with bands that pop into my mind, especially the ones who I may not have heard from in a bit, and Lesser Life have been I had consistently kept an eye on until about the end of May. Were it not for my infatuation with their Over In A Millisecond shirt with the artwork from Shining’s V – Halmstad on it, then it would’ve likely stayed that way, a victim of me assuming that they were probably on the two-year album cycle.

However, at the end of July I found myself at the face of a new EP, put out scant weeks after I had taken a breather on keeping up with the band. The title is Go Hence Unto A Swift And Bitter Death, so if there were any worry about the band suddenly shifting course and deciding to write songs about nice things, we can shove those back under the table — because if Go Hence Unto A Swift And Bitter Death is any proof, Lesser Life are still pissed. 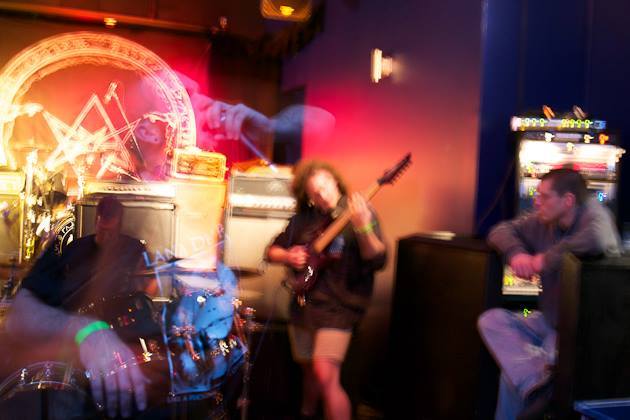 We’ve had a lot of love for the North Carolina metal scene recently, and I’m happy to throw another ember on the pyre. If you’ve never crossed paths with Lesser Life before, they combine a bunch of different sounds until eventually they teeter over the cliffs of powerviolence and noise. There’s a hefty dose of black metal’s current nihilism, alongside grind-fueled riffs and death metal blasts — long story short, this is all thrown into one melting pot and then seasoned with the most bitter and sarcastic “fuck you” available to them. If you’re the type who wants music about as raw as you can get it and with little to no breathing room, then you’re probably right in the wheelhouse of Lesser Life’s noise-brandished machine gun of music.

The Light Will Never Touch You Again oftentimes felt like attempting to stand next to a hurricane fan on a movie set and trying to keep track of your thoughts as you were battered with debris. The group’s new EP largely continues that trend, only this time the band have also found power in the absolutely slow and punishing. Imagine my surprise when I saw that there was only one sub-two-minute song on this release, and that one is the opener, “Pallid Procession”.

“Pallid Procession” is a punishing display of musicianship, as if inhuman atrocities were being committed on the band’s instruments and the torture was somehow recorded from the next room over. Go Hence has the real feel of an EP recorded in a ten-by-eight room with the band’s gear just being thrown all over the place. Every single thing on this release is distorted and twisted beyond redemption, and so many layers of feedback and reverb are present in Lesser Life’s sound here that the music quickly takes a turn for the anarchic.

The band spend much of Go Hence switching between two gears, the one I described above and one in which the band embrace a hardcore punk meets fuzzed-out doom aesthetic, slamming and bludgeoning everything like monsters. If anything were to sound close to a Leviathan wrecking its way through a city, then I imagine what Lesser Life capture during the more misery- and anguish-filled moments of chunky riffs is probably really close.

That’s how the band manage to get their songs out to a three-minute runtime this time around. It’s not all chaotic blasts and speed; sometimes it’s chaotic snare hits that seem to come every ten seconds and guitar chords just vibrating off the walls and everything becoming a vile feedback loop. The band even fit some speaking parts into this seemingly bursting-at-the-seams EP already, as well as a piano intro to one of their songs, but all of them are in service to the general madness in which the band wish to consume you.

While I can’t imagine Lesser Life reaching the more tame music listeners out there, as heavy metal fans with a serious love for the abrasive, we absolutely owe it to ourselves to give Go Hence Unto A Swift And Bitter Death a spin or two. The constant noise and raw power filtered over what seems to be the most anarchy-inspired bit of death metal and grind hybrid the band could dish out is a combination that loans itself real well to leaving one’s skin splattered on the wall and our skeletons nothing but a pile of dust.

One Response to “SHORT BUT SWEET: LESSER LIFE — “GO HENCE UNTO A SWIFT AND BITTER DEATH””