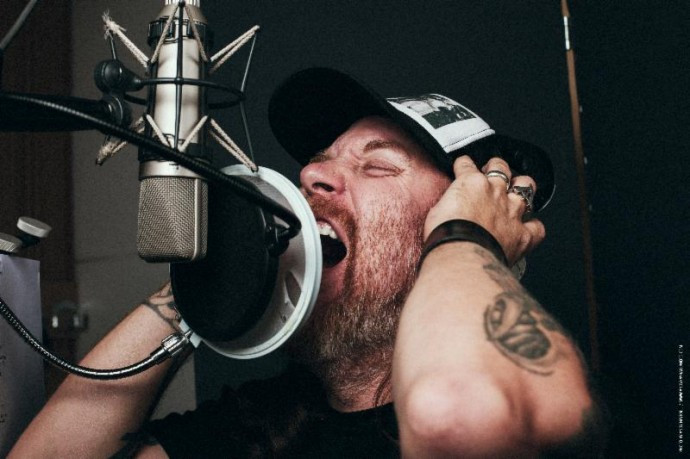 In mid-June we reported that Sweden’s groundbreaking At the Gates had started recording their comeback album, At War With Reality. Today, our e-mail in-box received a further report from the band’s label, Century Media, and it’s welcome news: The recording, mixing, and mastering of the album is now complete and release dates have been established: October 27th in Europe and October 28th in North America.

“We are very excited to finally have finished this new album. An album that we’ve been working on for over a year now. It’s by far the most challenging record that we have made, but it’s an honest album and I think that you will feel that it is faithful to the legacy of AT THE GATES.

“We have, through the process of creating it, been true to ourselves and our art. From hearing the first demos that Anders presented to the band last summer, through the extensive stages of songwriting, pre-production, rehearsals, recording and mixing, we now finally got the finished album in our hands.

“We are very happy to have managed to produce an album that we feel is truly ‘us’. Something we can all stand behind one hundred percent. I can’t wait ’til you all get to hear it!”

Well, I can’t wait to hear it either. It’s going to have the kind of build-up that may even exceed the feverish anticipation with which last year’s Carcass comeback was greeted. Let’s hope it achieves the same level of quality as Surgical Steel.

I might as well also include this schedule of live At the Gates international appearances for this fall and next year:

2 Responses to “A WELCOME UPDATE: AT THE GATES HAVE COMPLETED THEIR NEW ALBUM AND ANNOUNCED ITS RELEASE DATE”