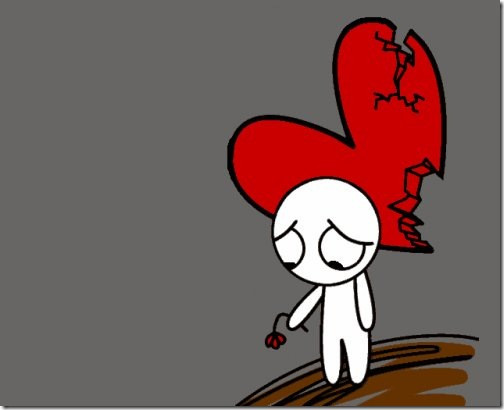 (Time to get some discussion going.  Tell us about bands you used to adore but hd to break up with. Andy Synn starts things off with a break-up story of his own.)

Now, to assuage your fears, I’m not leaving either Beyond Grace or Twilight’s Embrace. Like a persistent rash that you can’t quite explain… I’m sticking with both bands for a long time.

No, this is about what happens when a band you love, a band you’ve followed and supported for years and years, decides to make a change and, in doing so, changes the way you feel about them.

What do you do?

The one thing you don’t do is fly completely off the handle, insult and troll the band online, and basically make yourself look like a jackass. Like any break-up, it’s better for everyone if you handle things with dignity.

Remember what happened when Peter Dolving rejoined The Haunted? The outcry that prompted was both utterly disproportionate and thoroughly amusing at the same time. I remember clearly one commenter threatening to “go and take all [the band’s] cds from the store and burn them”. Now not only would this be very much against the law, but what does it really solve? 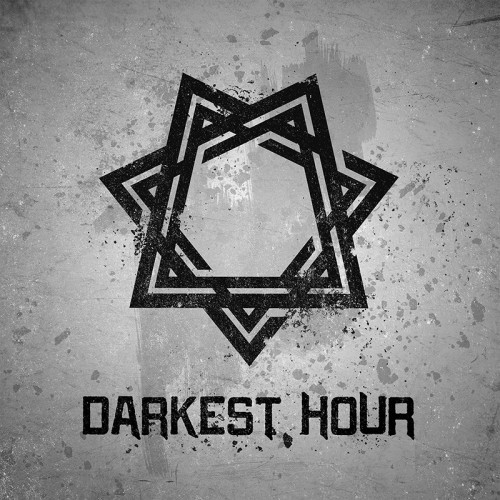 But we’re not talking about The Haunted here. No, unfortunately what prompted this little bout of verbal incontinence was the new album by Darkest Hour.

Now DH have been one of my favourites since… I don’t know when. I know I’ve been a huge fan of the band since at least Hidden Hands of a Sadist Nation (possibly even So Sedated, So Secure… although my memory is a little fuzzy these days. I blame the alcohol and head trauma), and followed their steady evolution over the years with vibrant interest and absolute dedication. I thought it was an unconditional love.

But I heard the first few songs off their new, self-titled, album… and I didn’t really like what I was hearing.

Then I read a couple of interviews where the band spoke about “finally getting their due” and making changes to their sound (and record label) in order to maximize their chance at reaching the “next level”. And all that, understandably, had me a little worried.

Then we received the promo here at NCS and, in a rather upsetting manner, I realized I simply didn’t like it.

I’m not going to use the word “sell-out” – that’s a difficult word to use correctly, and it’s thrown around far too easily for my liking any time a band makes any sort of change – but it does feel like a very calculated record. One designed very much for wider appeal to a bigger demographic. It feels like the band have spotted a gap in the market (a very As I Lay Dying-shaped gap, no less) and purposefully tweaked their sound to fill it.

And it appears they’ve done it pretty damn well, as the new album is so far the most successful of their career, as shown by this recent statement:

However I don’t necessarily agree that the new album is the sound of them pushing outside of their comfort zone though, or expanding their melodic range… as a lot of this album sounds exactly like stuff we’ve all heard before. Successful stuff, certainly, but very familiar stuff still.

John Henry’s shift towards more clean singing isn’t itself a bad thing – despite what the site name says – as DH have utilised bits and pieces of it here and there in the past to great effect. It’s the way that it’s used… the melodies are all very safe and familiar… the structures are predictable… although well-executed, for a self-titled album it’s all rather generic and standardised. The songs don’t really hit any major heights, or push the band any further (despite claims to the contrary). Instead they adopt styles and traits already popularised by other, more successful bands. For an album that’s supposed to define a new era, there’s nothing really definitive about any of the songs.

It’s not a complete shift towards C-Grade metalcore though… much of the familiar Darkest Hour sound still remains, popping up here and there in a killer riff or blast of pure melodic aggression, but even a lot of this also seems somehow… overly familiar. There’s definitely some songs on here I could see myself growing to love (and yes, I like the “ballad” too!), but too much of it just seems like well-intentioned filler.

I actually agree to a certain extent with a lot of comments I’ve seen – both for and against the new album – that it was time for Darkest Hour to make a change to their sound. As much as I loved The Human Romance, it felt like the last chapter of the particular story that began with Undoing Ruin. A change was certainly necessary, we can all agree there. I just don’t think it’s a good change.

In fact, after so many years of being criticised and mislabelled as just another “metalcore” act by people with an ill-informed grudge, it’s slightly galling to see the band adopt the most generic and populist elements of some of the most radio-friendly and easily accessible proponents of the style and call it “progress”.

But here’s the kicker… I WANT the band to succeed. I always have. I always will do. I want them to carry on making music, to carry on pleasing crowds. I want them to be bigger and more successful. I’m just a little saddened that the sound I loved, which I had watched grow and develop over the years, wasn’t the sound which got the band the success they’ve so long deserved.

So that’s it, I think we’re breaking up… I’ll always treasure the time we had together, and I’ll continue to relive those memories and those albums with a smile on my face and manly tear in my eye.

If the band ever read this… I love you guys… I do… but I think it’s over.

Ok… maybe it’s a little you.

So there it is, my unfortunate confession. My version of a “Dear John” letter.