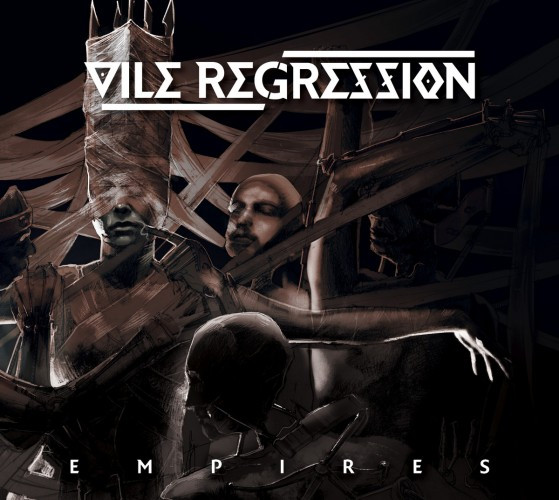 (Here we have yet another review by DGR, and this time the subject is the new album by an Irish band named Vile Regression.)

Even though it’s probably a bit formulaic at this point, I still love to introduce reviews by explaining how I found the band. So, let’s take a walk down memory lane for a little bit, as I tell a truncated version of my history with Dublin, Ireland-based Vile Regression and of websites gone by.

On the previous website that I worked for, one of our writers made it a routine during our two-year history that around St. Patrick’s Day he would try to share as much Irish metal as he could — stuff people hadn’t heard of, not the usual listing of bands. He really wanted to dig, find smaller groups, even go into local scenes if he could, to really try and put the country at the forefront at about the most stereotypical time possible.

Even though I jokingly poke fun at the reason for these bands getting listed on our site — and we returned to them numerous times throughout the following year — I still found a couple of really good groups, and that feature was instrumental in my discovery of some amazing stuff. 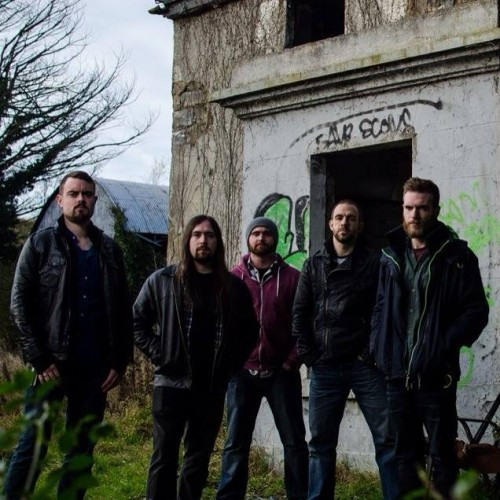 Vile Regression are one of those bands, in one sense. At the time, they were known as Visitor Q. In fact, I still have their demo, which included a song named “Vile Regression”. One of the last things they told us as Visitor Q was that they were changing their name, and we always promised to check in with them afterward.

And then a website database crash later, we fell out of contact. It wasn’t until recently that it hit me one day like a lightning bolt to look up the Vile Regression guys and see if they were still going — and boy, were they. They’d managed to choke out two EPs in that span of time, one of which was hitting relatively recently under the name of Empires, the one that you see blasted across this very review.

During that years-long gap, the band had seen some pretty big lineup shifts, so much so that to me Vile Regression are essentially a new band, just one whose name happens to be familiar. They got new blood in the band as of last year, and Empires represents a pretty big launch for the group.

Vile Regression are one of the many hybrid bands out there, a group who you’ll often find being thrown into a variety of different genres. I’ve seen death metal, prog death, deathcore, thrash, and “modern metal” — which I’m not sure means anything — and everything in between. Their music represents a huge confluence of genres and influences, combined into a super-sleek package that comes out wire-sharp, a combination of core and death metal approaches, with enough pulled from the more angular riffs of technical and progressive metal to make the band even more interesting.

Empires is a seven-track affair that sees the band bouncing through a variety of different time signatures and odd guitar parts. Vile Regression are insanely technical in their playing, and you really get a sense that a lot of subtle guitar wizardry is happening in all of the songs. The band absolutely love to chase every riff with some sort of sweep or multi-note flourish just to really ramp up the difficulty. Often, the band are also writing parts that sound more like mathematical formulas being hammered out while someone screams on top of it. Sometimes they even lean hard into the metal core call-and-response style of guitar riffing, but it seems like the band are hammering as much into Empires as possible.

Opening track “Tides” is a death-metal-driven display, rotating from blast beats to downward-driven affairs designed entirely around headbanging. For much of the song, the drumwork goes nuts, in between the guitar and bass echoing back and forth at each other.

The guitarist and bassist, Kenn and Barry Christie respectively, are the two longest running members of the band. They were around when the band was Visitor Q and they are joined on Empires by new guitarist Brian Brady. Empires is such a guitar-driven affair that you can tell those three guys put in a ton of work in writing this disc. There’s so much happening on all fronts that even in the two interludes, “Dream Of The Red Chamber” and “Down To A Sunless Sea”, you still find yourself listening to some fairly complicated playing in the background.

The production style on Empires brings this EP up to modern standards in a very slim form. It’s a very familiar death metal production style in which everything comes through super-clear and the lines of the music have been wind-tunnel tested for maximum efficiency. If you were to treat these like bikes, and compare it to the bass-filled and earthen mix of an album like Vallenfyre’s Splinters (an album whose production has been on my mind a bit lately, especially as I spin Novembers Doom’s Bled White more and more), then you could treat that low, rumbling style as something like a Harley. Vile Regression, on the other hand, are on the other side of the spectrum in Empires, more of a Kawasaki Ninja — with super-high revs and treble, just as fast, but getting to it in two entirely different ways. One has a lot of horsepower and the other keeps things very lightweight.

The high end of the guitar and drum work is very much in play here, meaning that when combined with vocalist Padraig Croke’s preferred method of full-throated, hoarse, high screaming, you have an EP that comes across less like a caveman’s club and more like a finely honed sword.

“Thought Replication”, for example, is defined mostly by the galloping guitar riff and constant repeated screams of the words “Thought Replication”, dragged out in such a way that “-tion” is extended out. It gets stuck in your head so easily that one of the first thoughts that always comes to my mind about Empires was that “Thought Replication” line. Lyrically, across all of Empires, Padraig tries to throw as much as possible at you — so much so that he kind of becomes an instrument in his own right, just endlessly screaming on top of the music. “The Abstract”, in particular, sounds as if the band actually stopped playing a couple of times and he just kept on going like a defiant “I wasn’t fucking done yet!” declaration.

I wonder if Empires strikes me as such a huge progression because I haven’t heard this band in so long. They’re such a more mature act now, and the music on Empires is a genuine tech display. I know that you could probably walk away from any band for a while, come back, and be stunned, but I am legitimately impressed with where the Vile Regression guys have taken their sound.

At five songs and two interludes, Empires goes by pretty quickly and can easily be repeated, especially since the two interludes tend to make the album seem as if it has three different movements.

If this is your first time with the band then you definitely need to give this a listen, because there’s a lot going on here. The statement that they’re hard to categorize is true, but it’s definitely a combination of sounds with which we’re all familiar. In this case, Vile Regression succeed in doing a good job constructing Dr. Frankenstein’s monster, jamming all these differing pieces together into something compelling. I just hope it doesn’t choke me out in a fit of rage.

Right now, Empires is streaming in full over at Metal Ireland. As of this writing, the band also have a playthrough video up of “The Empyrean Divide”, the album’s crashing monster of a closer — complete with pinch harmonic squeals. Their Bandcamp page currently includes only that song and the opener “Tides” for streaming, but here’s hoping that changes in the future.