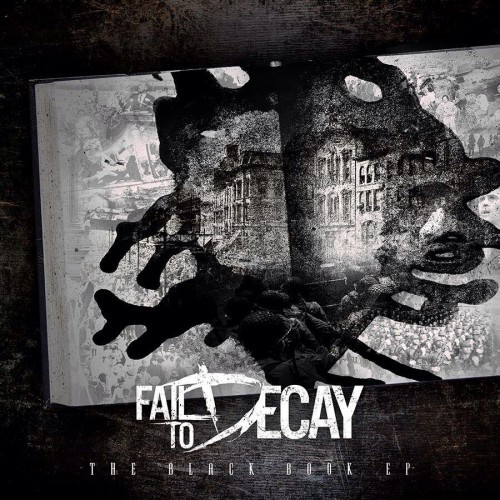 We don’t write much about deathcore at this site, which may be why we’re not exactly a “go to” location for bands in that space who are interested in getting some increased exposure for their music. But Fail To Decay from Rochester, Minnesota, happen to include James Benson of Amiensus in their ranks, and that’s a band we’ve written about more than once in glowing terms. So when he asked us to check out Fail To Decay’s new music video, that got our attention — and now we’re bringing the video to you as well.

It was directed, filmed, and edited by Rico Roman Productions (The Human Abstract, Born of Osiris), and it’s for a song named “All Seeing Eye” off Fail To Decay’s 2014 EP, The Black Book., which was mixed and mastered by another favorite of this site, Roman “Arsafes” Iskorostenskiy (Kartikeya, Arsafes). 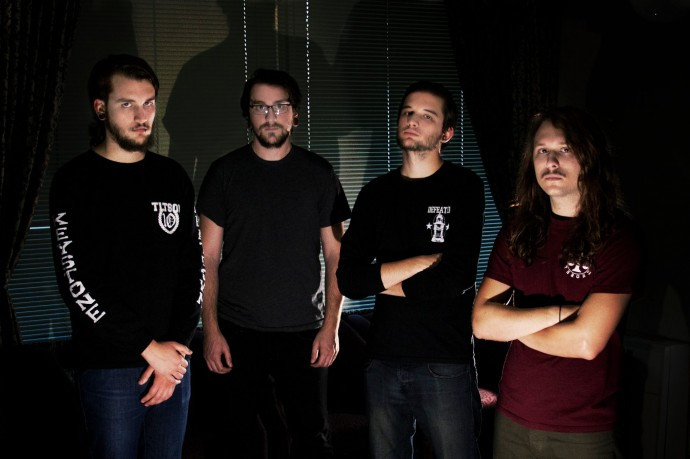 The song is a heavy-grooved slugfest powered by rapid-fire pneumatic rhythms and beefy start-stop riffs, with a wisp of eerie melody that floats in like smoke over the skull-cracking near the end. And yes, there’s a breakdown, and yes, it’s a big one (preceded by a hell of a protracted guttural excretion).

The heavily shadowed video is well-made — tables are turned, and there will be blood.

The Black Book is available on CD or for download via the Bandcamp link below — and we’re including a full stream of the EP after the video.

2 Responses to “AN NCS VIDEO PREMIERE: FAIL TO DECAY — “ALL SEEING EYE””