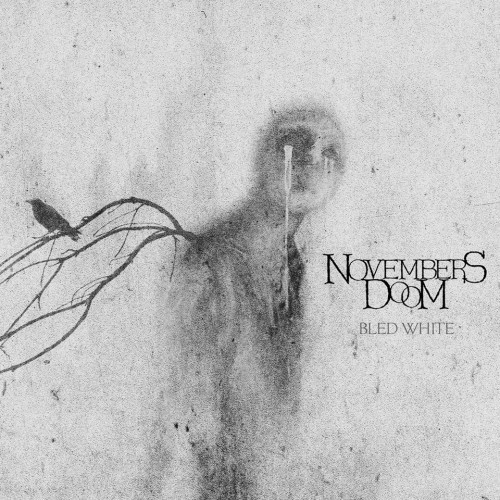 (In this post DGR reviews the new album by Novembers Doom.)

Chicago-based Novembers Doom are a band of many, many albums over the span of a twenty-year career, and many musicians if you want to be funny,. They’re also a band of many descriptors, hailed as a variety of things over the years — a death metal group, a doom metal band, a gothic-doom metal band — and often incredibly hard to pin down. Some even go so far as to call them America’s answer to Opeth… which I’ve seen in more than one review.

With such a long and storied career the band have pretty much earned the right to be whatever the fuck they want at any given moment, but they’ve always stuck to a pretty strong foundation comprised of doom with a heavy gothic influence a la My Dying Bride, a death metal band, and a mournful, clean-sung group that absolutely thrives on despair.

It’s a bastard offspring of differing genres, but ones so closely related that Novembers Doom figured out not only how to combine them but also how to jam them together so well that nobody really veers close to their style. Bled White, with its spare cover art, is only the group’s latest chapter in a very large book at this point. It sees the band sounding as strong as they’ve ever been, and fully confident.

Some of the best and most miserable work they’ve have ever kicked out lies within the album’s hour-and-eight-minute run time — establishing it as a worthy successor to the band’s previous records and also providing an excellent starting point for people who’ve long heard the name but have never jumped in before. 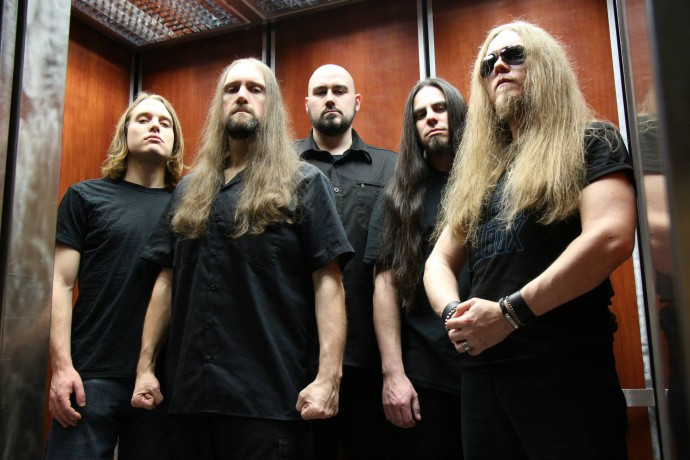 Bled White is an overwhelmingly heavy disc, one on which Novembers Doom occupy the intersection of My Dying Bride and humongous-sounding death metal for much of the album. The music comprises huge, sweeping riffs wrapped in drama, and the listening experience feels like drowning in quicksand.

You could be walking along on the sunniest day ever this year, 77 degrees, calm winds, just enjoying the weather. Have this disc spinning while you walk, and by song three you’ll feel like you’ve be dragged to the ground, with everyone around you wondering why that poor soul is struggling just to crawl along the sidewalk.

Longtime guitarists Larry Roberts and Vito Marchese are both frighteningly adept at these doom-fueled riffs, backed by an aggressive death metal rhythm section. Especially on Bled White, they both know right when to shift a song from heavy-as-all-get-out to overbearingly sinister. And yes, for all its gloomy melodrama, Bled White is also a pretty malevolent disc; more than a few songs sound like the band is seeking vengeance for past wrongs.

Bled White alternates between the two moods, at times sounding like the angriest individual you could find and then at other times almost mournful. You have, for example, one of the lead off-singles “Heartfelt”, which in itself is sorrowful about past events but also contains lyrics such as, “I’ll Visit Your Remains Every Chance I Have/If Only To Laugh At Your Demise” — which is a cruel twist of the knife for a song that describes a protagonist who has long since given up.

It truly is a heartfelt song, but man alive, I hope never to meet the person who inspired it, because from the seven or so minutes that Novembers Doom spend painting his portrait, he sounds like a complete piece of shit.

Then you’ll hit a song like “Unrest”, which is a truly melancholy affair that is just searching for the slightest bit of a silver lining in a dark, dark cloud for five-and-a-half minutes. At the very least, you’ll be offered a small break with “Scorpius”, a fairly calm instrumental that grants a minute-and-a-half reprieve. 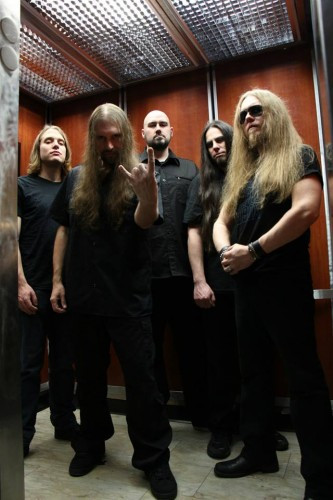 Bled White is such a good-sounding disc as well. Good sounding, not just from a songwriting standpoint, but goddamn, the general production across the album makes Novembers Doom sound fantastic. Paul Kuhr comes across as absolutely revitalized and vicious, although there was nothing wrong with him beforehand. He just sounds like a whole other being on Bled White — his roars are super-deep, and even his singing transitions so smoothly that even though it’s the same person, it’s as if a morose gothic doom singer has been possessed by an infernal demon. On songs like “Just Breathe”, he sounds utterly miserable. It helps, too, that the band open the CD with Kuhr just roaring away. He doesn’t really start singing until about mid-way through the first track.

The production on the last release, Aphotic, was damned good, but here the band benefit massively from a hugely beefed-up mix, turning them into a solid, earthen block of sound. Considering that the group have spent much of their career wallowing in despair, the idea that Bled White wallows so far deep in the low end of sound should be wholly believable; they are not only tuned down as far as they could go, but the music is also built atop a thick foundation of bass guitar and solid bass drum hits. (The awesome-sounding production work was handled by Chris Wisco and the band, with Dan Swanö in charge of the mix, and they nailed it to the wall so hard that it shot through and is currently sticking to the neighbor’s house.)

Novembers Doom do what they do best across Bled White. It’s familiar territory for the band, but they’ve managed to shift just enough around to make things feel “new” rather than like treading over the same ground. They come across as inspired; some of the writing is the best they’ve done in some time, with sing-along-worthy choruses, riffs that bore their way into your brain and don’t let go, and a rhythm section that hooks into your back and leaves you suspended from the ceiling.

The album’s constantly shifting dynamic has Novembers Doom pulling every trick they have out of the book and making them all work together successfully. It’s easy to find this album just sailing right by — even with its hour-long length. It maintains interest throughout the entire release, and yes, even leads to repeating certain songs over and over again just because one part has a particularly awesome melody. I’ve spent a lot of time simply on the run from “Heartfelt” to “Clear” — before going right back and doing it all again.

Bled White is one of those releases that is a catalyst for a shift in the listener’s mood. We’re still neck-deep in summer out here in California, because where I live seems to have only two seasons, but despite the sun baking everything around me, a couple of spins of Bled White has made the world seem so much darker.

Bled White is out now on The End Records. It can be streamed in its entirety at this location.