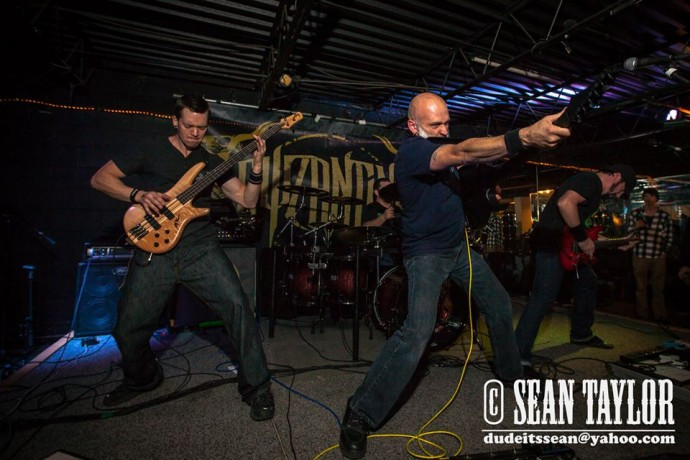 EDITOR’S NOTE: West Virginia’s Byzantine are nearing the end of a Pledgemusic crowd-funding campaign to help finance the making of their next album, To Release Is To Resolve, and NCS writer TheMadIsraeli caught up with the band’s main man, Chris “OJ” Ojeda, in an exclusive audio interview that we’re streaming at the end of this post. TheMadIsraeli introduces the conversation as follows:

Chris “OJ” Ojeda from Byzantine is a riot.  The guy’s got an obvious fire for what he’s doing, and handles the hardships he’s endured with a surprisingly casual and hopeful outlook.  He’s one of my favorite vocalists out there, and his riffs are distinct and have always stood out to me.

As the driving force behind Byzantine, the guy may feel like he’s got a load on his shoulders to prove that the band’s stellar comeback comeback album (2013’s Byzantine) wasn’t a fluke.  From what I’ve heard of the new record, though, I’d say we’re in for something better than even that last one. You’ll get a taste of it at the end of this post.

So, hope you enjoy my interview with OJ.  There was a reverb or some fucked-up shit on his end that we couldn’t figure out, but I didn’t think it was too distracting.  Also, NCS commenter and one-time blogger Andrew Jackson swapped in for me for a couple minutes.

And if you’re as anxious as I am to see the new album become a reality sooner rather than later, please make a pledge via the first link below. At this point, only 13 days are left in the campaign.

One Response to “AN NCS INTERVIEW: CHRIS “OJ” OJEDA (BYZANTINE)”