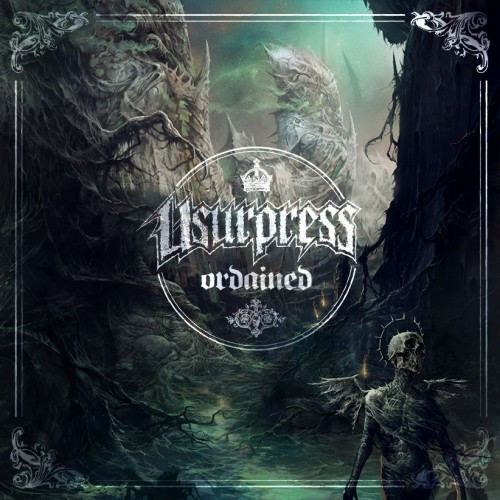 If you’re a fan of Swedish death metal but you’re also hungry for something out of the ordinary, you need Usurpress in your life. This band from Uppsala have completed recording their second album — Ordained — and it will be coming out later this year via Doomentia Records. It follows the band’s 2012 full-length debut, Trenches of the Netherworld, and a handful of splits and shorter releases. Today we’re bringing you a taste of the new album — and it’s a two-fer: In addition to the premiere of a new song, we’re giving you a first look at the full-gatefold album cover by Ola Larsson, which is just downright gorgeous.

The new song is “Storming the Mausoleum”, and it’s a good representation of the Usurpress sound. Though it’s a compact four-minute affair, it’s packed with enough variations that it seems to end too soon — and if you’re like me, your first impulse after finishing it will be to hit “play” again.

In addition to that distinct, fat, corrosive guitar tone that’s the hallmark of the genre, plus gruff, bone-chewing vocals, the band show their affinity for d-beat rhythms — plus some other twists and turns. It begins with huge, lumbering,  swampy riffs and sledgehammer drum hits but then accelerates, with grinding tremolo-picked guitar parts and knee-capping percussion. Before it ends, the band shift into a galloping rhythm, inject menacing spoken-word vocals, and lace the music with odd, dissonant scales that aren’t exactly par for the course. It’s an excellent song, and an excellent teaser for what promises to be an album that’s both brutal and interesting.

But before we get to the song, feast your eyes upon this (click the image to enlarge it): 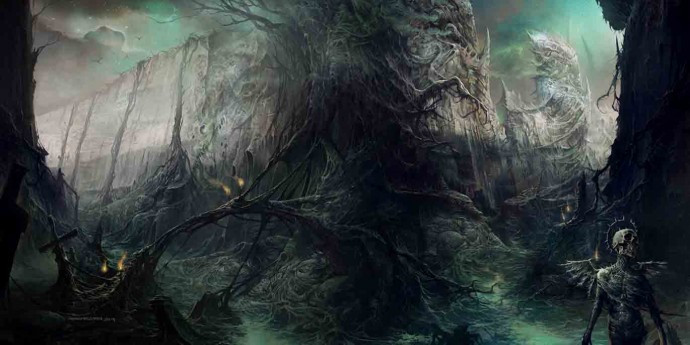 What did I tell you?  Gorgeous.

And now, following the links, enjoy “Storming the Mausoleum”. 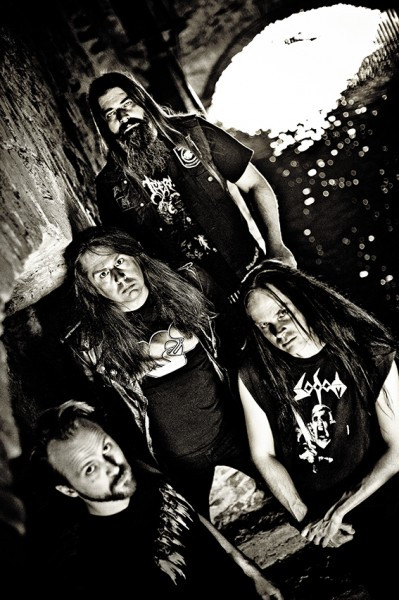 6 Responses to “AN NCS PREMIERE: USURPRESS — “STORMING THE MAUSOLEUM””