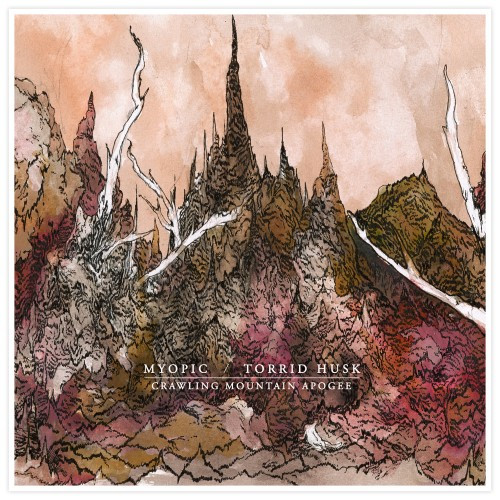 The music is dramatic and dynamic. It storms in a torrent of cascading riffs and blasting drums. It rings with shining guitar melodies and howls in its discordance. It drifts moodily and crashes like a river in flood. The instrumental work is tremendously impressive at every station, and the songs are filled with great vocal variety as well, from clawing shrieks to deep roars to impassioned yells to soaring clean vocals. 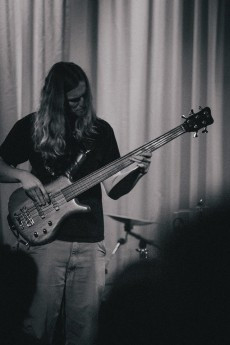 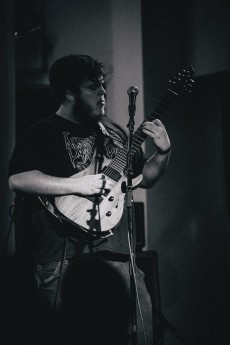 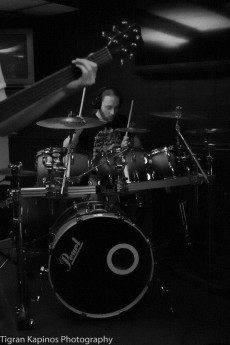 Despite the intricacy and changing moods of these ambitious compositions, “impassioned” really is the right word for the songs as a whole — the band throw themselves body and soul into these two tracks. That much is evident from the first listen. Though dark in its overall atmosphere, the music is also on fire.

The split will be released on CD and tape as well as digitally through Grimoire Records on October 7. To listen to Myopic’s side of the split, visit Invisible Oranges via this link:

The split also features eye-catching artwork by Brandon Geurts. In addition to the cover art at the top of this post, here are additional panels as well as a preview of the cassette: 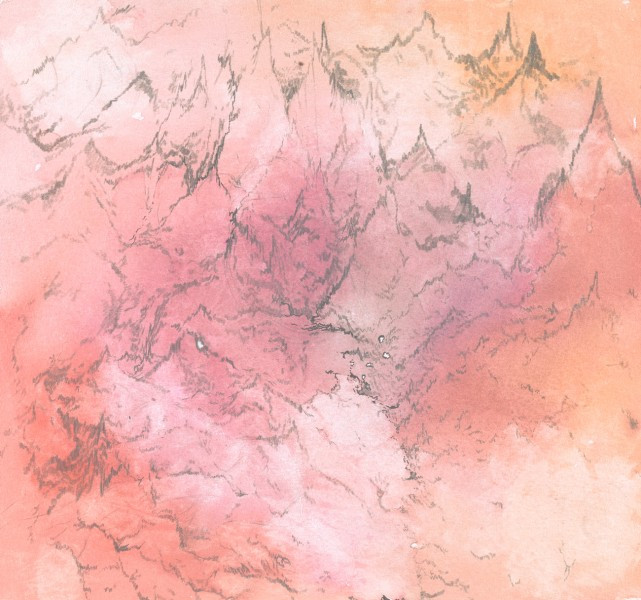 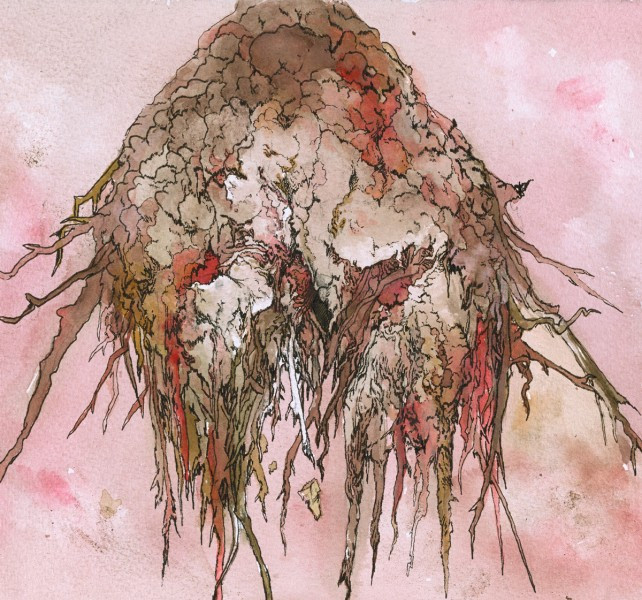 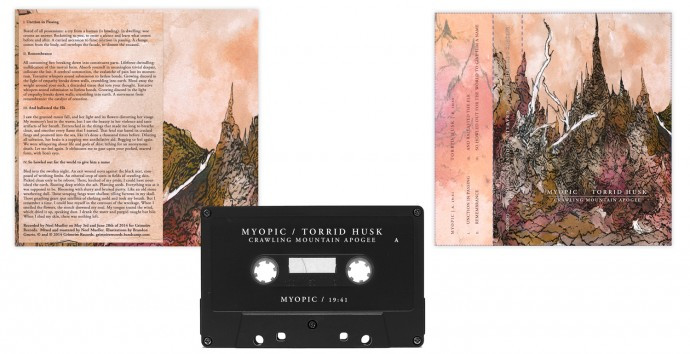 And now here’s a stream of the two riveting songs by Torrid Husk on Crawling Mountain Apogee, followed by the lyrics for each song:

I saw the greened moon fall, and her light and its flowers distorting her visage. My memory’s lost in the waves, but I see the beauty in her violence and taste artifacts of her breath. Entrenched in the things that made me long to breathe clean, and smother every flame that I nursed. That feral star bared its cracked fangs and pounced into the sea, like it’s done a thousand times before. Diluting all salvation, her brain is a sopping wet annihilative aid. Begging to feel again. We were whispering about life and gods of skin; tithing for an anonymous death. Let me feel again. It obfuscates me to gaze upon your pocked, marred form, with lion’s eyes.

Bled into the swollen night. An exit wound nova against the black nest, composed of writhing limbs. An ethereal crop of sores in fields of crawling skin. Picked clean only to be reborn. There, leeched of my pride, I could have nourished the earth. Rooting deep within the ash. Planting seeds. Everything was as it was supposed to be. Blooming with slurry and bruised purity. Like an old stone weathering dull. Those scraping fangs wore shallow, tilling furrows in my skull. Those gnashing gears spat satellites of choking mold and took my breath. But I remember a time. I could lose myself in the contours of the wreckage. When I smelled the flowers, the stench drowned my soul. My tongue traced the wind, which dried it up, speaking dust. I drank the water and purged naught but bile. When I shed my skin, there was nothing left.