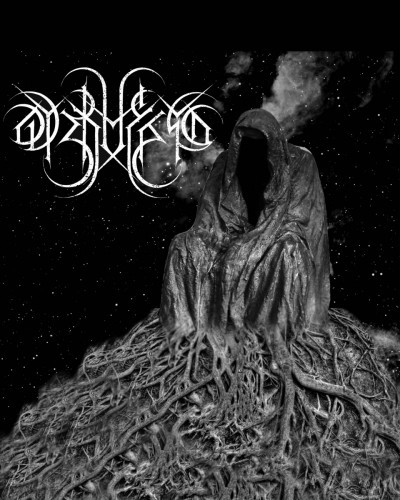 On that 2013 demo they drop ropey sludge riffs down from the rafters, knot them around your neck, and then push an anvil-heavy counterweight over the edge — and up you go, while the band beat you like a piñata with crowbars.

This isn’t terribly flashy music, but it’s crushingly heavy and eminently headbang-worthy, a merciless horror of doom-drenched death metal fueled by ravaging riffs that alternately grind, romp in a d-beat rhythm, and chug like a freight train. The grisly melodies have a way of infiltrating themselves into your skull, and Austin Haines’ deep, tyrannical vocals are horrors all by themselves. I really dig it.

The band’s demo is available for “name your price” download at Bandcamp. I understand they’re working on a debut album, Diabolus Vobiscum, that will be released later this fall. Bring it! 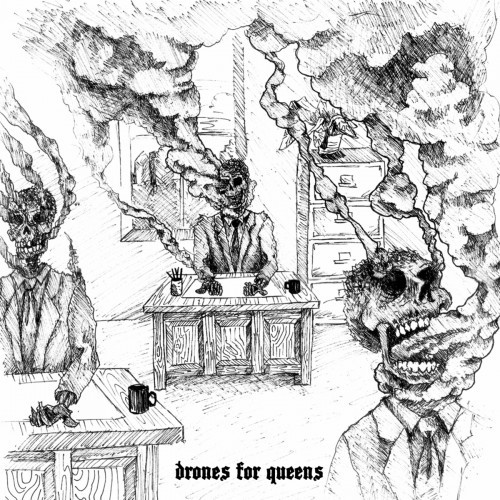 This Philadelphia band sent me a copy of their 2013 vinyl split with fellow Philly fanatics Occult 45 not long ago, and I finally gave it a shot. Drones For Queens contributed two songs to the split — “Whitewashed Afterlife” and “Grievance Collectors”.

On those songs, the band flail and pummel the listener with a technically acrobatic and nearly unhinged display of flying guitar and bass notes and rambunctious skins work, while the vocals erupt in caustic brays and jagged snarls. The music has the speed and explosiveness of grind, the stomping energy of punk, and the instrumental athleticism of tech metal. It’s a head-spinning experience. Crazy shit — and crazy good.

Drones For Queens have been recording another EP — this time with four songs — and it should be released later this fall.

Both bands have their respective tracks available for “pay what you want” download on their Bandcamp pages. Have a listen to the Drones’ songs below. 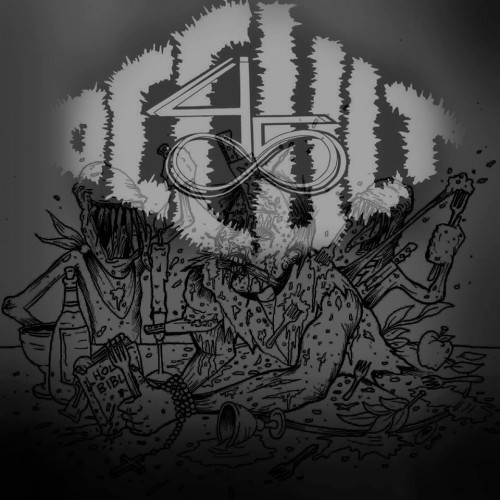 Occult 45 also performed at that Detest Fest Vol. 1 on Sunday, a show that marked the beginning of a tour they’re doing with Ramlord; I’ll post the tour flyer below the final music stream so you can check out the schedule.

Occult 45 contributed three short songs to the split with Drones For Queens. It’s a buzzing hornet hive of grind and d-beat crust, and I mean really pissed-off hornets with an enraged, jugular-bursting vocalist right in the middle of the swarm. It’s highly energizing music that’s perfect for those times when you’d like to punch some motherfucker in the throat, though for music this intense the lo-fi production makes it sound a bit thin for my tastes. Still, I’m liking what I hear.

By the way, Occult 45 have two more recent songs streaming on a Bandcamp page set up by Radio Static Philly, and I’m including that stream down below as well. Like the music from the split, they’re available for “name your price” download. 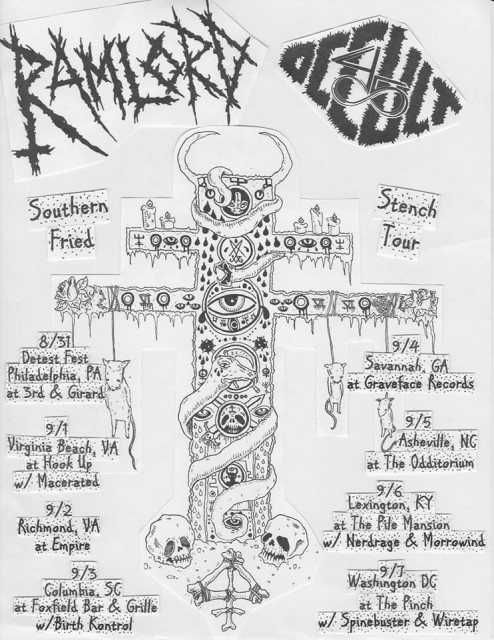