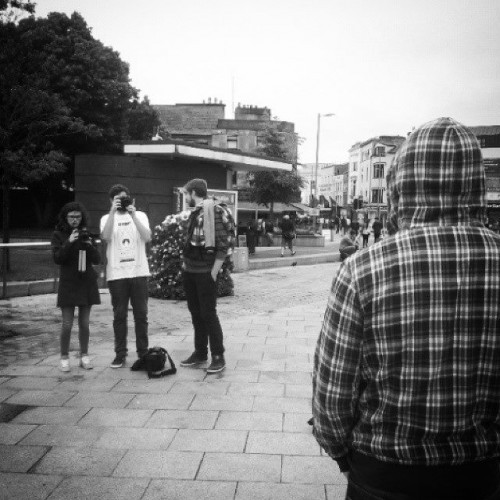 Late last week Ilenkus released a music video for the song, which has racked up over 22,000 views in short order. In a nutshell, it shows one of the band’s three rotating vocalists, Chris Brennan, walking along a Galway pedestrian thoroughfare on a busy day. The camera stays focused on him, and he stays focused on the camera as the crowd flows around him. He’s singing the song as he walks — and from the looks he gets, I’m pretty sure he was actually shrieking and growling the words at full volume rather than lip-syncing (though we’re hearing the studio track in the video).

This was obviously shot in one take, and it’s damned impressive — not only for the balls it took for Brennan to do this, but also because he never gets distracted from what he’s doing nor looks self-conscious for one second. And on top of that, he nails the voiceover in sync with the recorded track. That’s some intense focus.

Also, kudos to cinematographer Ethan Copage and to whoever was clearing the way at his back during this stroll. This couldn’t have been easy to film either. 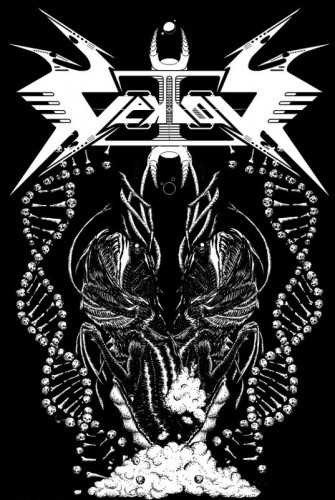 Philadelphia’s Vektor have been working on a new album, and they’ve been touring, too. On August 30, 2014, they played one of the new songs — named “Ultimate Artificer” — at Mute Fest in Detroit, Michigan. The performance was filmed by Katy Ashton DiSanto, and yesterday Vektor released the video as the official premiere of the song.

The video quality isn’t ideal, but fer chrissakes, it’s new music from Vektor! I feel myself starting to salivate for this new album.

P.S. If you live in the Northwest, you’ll have a chance to see Vektor live in Seattle at Highline on Sept 26 along with Lesbian, Brain Scraper, and Paralyzer, and they’re also playing at the Ash Street Saloon in Portland on Sept 27 as part of the Project Pabst Festival. 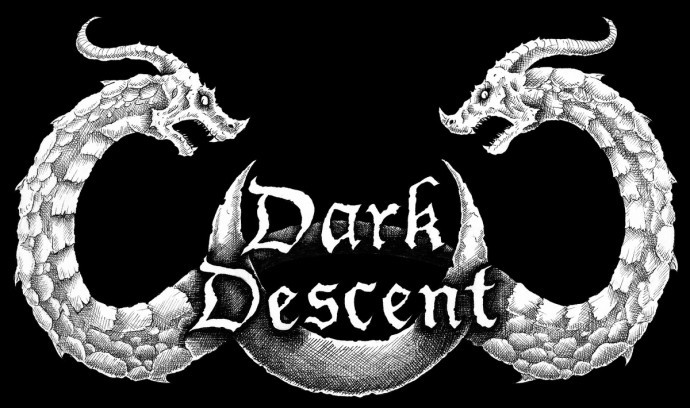 Last week the Dark Descent record label released a sampler of songs from their recent releases and it’s available on Bandcamp for a price you name. It’s a fantastic line-up of bands — 10 of them — and we’ve written about all of them at one time or another: Horrendous, Swallowed, Emptiness, Unaussprechlichen Kulten, Thantifaxath, Ritual Necromancy, Phobocosm, Gravehill, Morgue, Begrime Exemious.

This is a fine, dark playlist for those who already know the music, and for those who don’t it’s an easy way to make some worthwhile new discoveries. The sampler can be downloaded here: