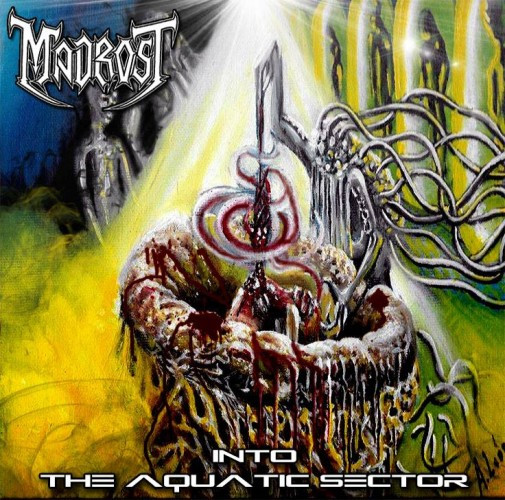 The artwork by Alejandro Leon for the new second album by SoCal’s Madrost is pleasing to the eye — colorful, alien, and gruesome. It’s an attractive kind of tease for the music, engendering curiosity in part because it doesn’t provide many clues about what the music will sound like. I mean, other than it’s not likely to be a Katy Perry clone.

Although guessing games are fun, we’re going to remove the guesswork by providing a glimpse Into the Aquatic Sector through our premiere of the new album’s sixth track, “Subterranean Nightmare”. And before you listen, you’d best buckle your seatbelt and strap on your crash helmet, because you’re in for a careening and destructive ride down the highway to hell.

Madrost fuel their engines with a full tank of high-octane thrash riffs and then jam the pedal to the floor. The drummer more than keeps pace, with a frenzied but controlled performance, and at the end of this barreling ride you’ll be treated to a very cool harmonized guitar solo (and the band are generous enough to let the bass share the spotlight, too). The song begins and ends with a hair-raising shriek, and in between, their howling frontman keeps the mayhem at full throttle with words you can actually understand.

In a nutshell, this is heavy-grooved, high-energy death/thrash that will get its hooks in you pretty damned quick. 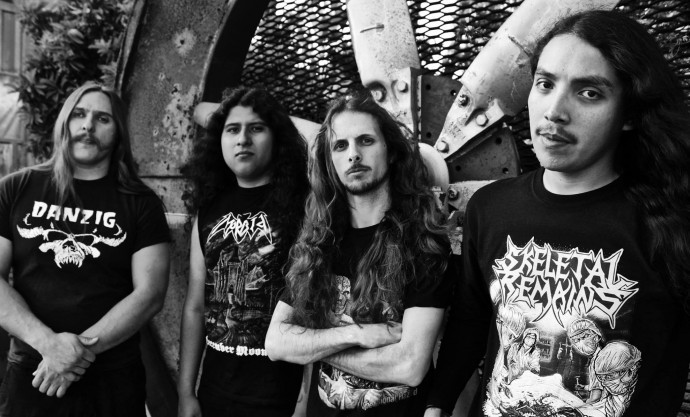 Into the Aquatic Sector will be released on September 23, both digitally and on CD. Look for it on CD Baby, Amazon, and iTunes.

Below, submerge yourself in “Subterranean Nightmare”, and if you like what that song does to you, then continue on, because we’re including the title track below as well.

One Response to “AN NCS PREMIERE: MADROST — “SUBTERRANEAN NIGHTMARE””