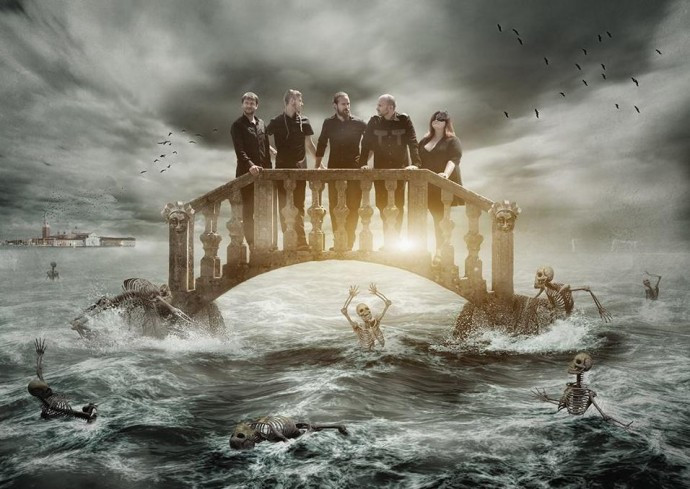 (Comrade Aleks, our doom-devoted interviewer from Russia, brings us this conversation with Andrej Ktalj of Italy’s A Day In Venice.)

A Day In Venice was founded as Narcotic Luxuria by the painter, poet, and musician Andrej Kralj as a solo project, later joined by the drummer Paolo Marchesich (Sinestesia) and the keyboard player Alberto Bravin (Sinestesia) in 2003. They performed live shows at festivals and venues in Northern Italy, and released a 5-track demo and then a split in late 2004.

But all that matters now is a full-length self-titled work of A Day In Venice – the members of the project finished it about three months ago, and it’s still fresh and hot. If you have few minutes, then try and taste these picturesque and ugly views of Venice from a gothic doom perspective.

Salute Andrej! What is the story of A Day in Venice? You played in Narcotic Luxuria, why did you decide to change the name of this project?

Hi Aleks! The idea for A Day in Venice has come from my growing appreciation for classical music elements present in metal. There is a self-titled classical song on the debut album. This song is the most mellow and delicate part of the new album, which in my opinion well represents the less dramatic elements that reside in the debut album. Narcotic Luxuria might have been a proper name if one had considered only the extravaganza that resides in this music. The genre is probably marked by a certain amount of freedom of style, thus, in order to evoke a broader visual journey, especially the atmosphere that resides in the songs, I have considered the name “A Day in Venice” as a more appropriate dress for the music.

Is it only a project or a full-time band?

It is a project, it’s a one-man band involving or featuring session musicians.

How did the recording session for this album go? How did you tell the album’s conception to the other band members?

The recording session for the album started with a homemade record. The other musicians listened to it for a few weeks. Then they recorded their contribution by following a lead or a pre-recorded track. 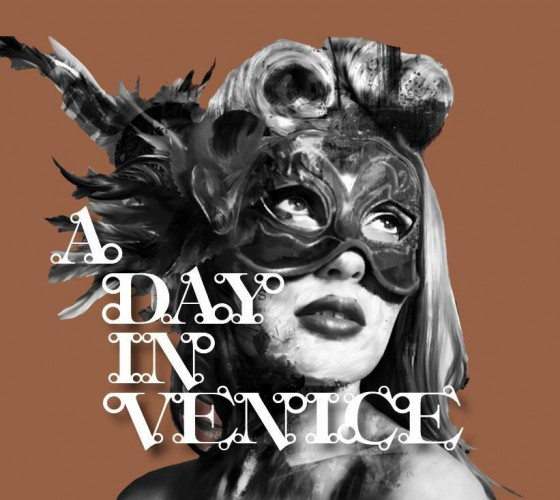 Who are in the band besides you? How did you meet these people?

There is an official line up. Paolo, the drummer, has always participated in the recording sessions. Martina (vocals), Goran (vocals), and Jakob (guitar) are at the moment on board for any live shows. I met Paolo around 15 years ago, during rehearsal of his metal then-band Aisling. Martina and Jakob are friends, Goran was my classmate in secondary school.

And what are the details of A Day in Venice’s leitmotiv?

This is a difficult question. I think the focal theme that inspired me was imagining a visionary tale about made-up people who lived in different historic moments. They confront themselves with their own weaknesses, their cardinal sins. But I see it as a reflection about today’s society as well. I guess the music’s guiding motiv is experimentation and simplicity. There is no space for easy-listening rock’n’roll or pop music. I consider as a constant and relevant element in A Day in Venice the dark atmosphere that overwhelms the music. I think atmospheric music and mystery stimulate imagination and creativity. But I can’t say whether A Day in Venice is successful at that.

The album consists of songs written in the gothic doom vein, though it has a touch of classical music and some experimental parts (the “You Take It” song). How would you characterize its instrumental content?

The gothic doom vein is probably influenced by bands like My Dying Bride or Cathedral. The classical elements are mostly leaning on a cello and a violin. The cello is dominant, though. I believe this instrument has a really interesting personality. The song “You Take It” is a death – gothic song disassembled and rearranged with electronic samples. I was not pleased with the first version of this song, so I tried to see the song from a different point of view. The audio engineer Nikola Klavžar helped me a lot with the production of this piece and gave a big contribution to the way it sounds now.

There’s a song “Your Bread, My Flesh” on the album and it’s about the sin of gluttony, as you told me. Why did you choose this particular sin as the focus of your performance in this song?

All men, brother Gallio, wish to live happily, but are dull at perceiving exactly what it is that makes life happy. This is what Seneca the Younger, a statesman in the Roman Empire, says in his work On Happy Life (De Vita Beata). The inspiration for Your Bread, My Flesh came from the idea of gluttony, but I considered it a broader metaphor. The theme of gluttony is rather a methaphor for the human insatiable longing for happiness.

A Day In Venice “Your Bread, My Flesh”

Don’t you feel a lack of moral content in heavy bands’ songs? Sometimes people suppose that “rock” opposes “pop” music, therefore is above its morale. But modern pop music mostly is amoral at its core, so I find difficult to listen to dummy songs from both sides…

I believe there is a lack of content in a lot of bands nowadays. External influences are usually dominant and artists fully draw from famous bands or genre cliches. I dare say that in the music business there are some schemes and patterns. And some bands keep the music within these schemes, because they want to get something back from the market.

What is most difficult for you — to compose music, to record it, or the whole post-production process?

Post-production, in fact it was the part of the whole process that I wanted to leave in the hands of another person.

So how did you deal with post-production of A Day In Venice? How do you spread the album?

The post-production was in the hands of the audio engineer Nikola Klavžar in Slovenia who took responsibility for the mixing and mastering.

How do you see the “sinister” (or “heavy” as most of bands would have it) component of your music? Do you suppose it is your own part or is it only an external influence?

I don’t see these sinister components as such. I’d rather consider them as mysterious and dark elements or maybe uneven composing choices. I believe that the heaviness in this music is mostly related to the sound of the guitar parts and the slower tempo and both of them can be considered a matter of personal taste. 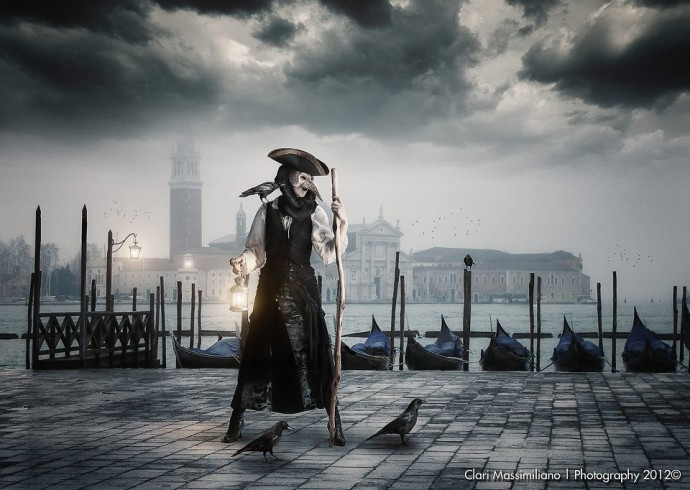 What are your plans for the future of A Day In Venice? Do you want to continue composing songs in the vein of the first album? And do you already have some new tunes?

I am also member and composer for a rock band that is going to release its second album next year. Therefore, I think A Day in Venice will have some rest for now. There are ideas about new heavy material though. I am sure the next step for A Day in Venice will be quite demanding for me and it won’t see the light before 2016.

Thank you for your time Andrej! That’s all for today. I wish you all the best on your way! Did we forget something?

Thank you Aleks. I want to salute the readers of this interview and I wish you all the best in what you do.

One Response to “AN NCS INTERVIEW: A DAY IN VENICE — “INTO A LUXURIOUS MASQUERADE””