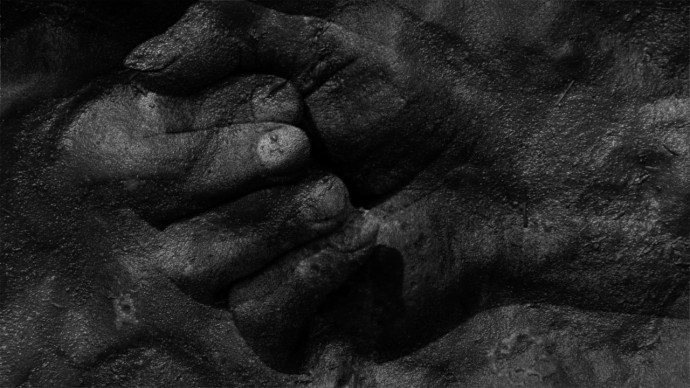 My own experience with Aphonic Threnody (whose members come from other well-regarded underground groups) goes back to 2011, when I came across their debut EP First Funeral (and wrote about some of the music here).  I wrote about them again (here) in a review of their superb 2014 split with Ennui entitled Immortal In Death. At last, the band have recorded a debut album entitled When Death Comes that’s due for release on the Doomentia label on October 31, and the longest song on that album, “Death Obsession”, is the soundtrack to this video. Or you could just as easily consider the video as a visual interpretation of “Death Obsession”. 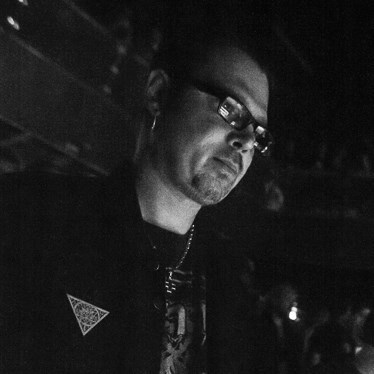 The director of the video, Jérôme Siegelaer, is a photographer and filmmaker whose past videos include collaborations with the late Selim Lemouchi (The Devil’s Blood) and Enslaved (for the song “Thoughts Like Hammers”). The video you’re about to see is entitled Meditation On Earth and features a performance by dancer and actress Judit Ruiz Onandi (with choreography by Jelena Kostic) filmed on location in the Dutch countryside, where Ms. Onandi spent considerable time writhing in the black sands of X.

When we asked Jérôme Siegelaer to comment on the symbolism or concept behind the video, he responded as follows:

Aaargh, that’s a big question. not so much about how it started (Natasha Xavier connected us) but symbolic significance I better leave up to the viewer / reviewer.

It reminds me of an anecdote I heard, and I might be wrong about the name but that doesn’t matter:

Chopin played his latest piece to a small audience. After he finished there was some applause and compliments. Then someone asked Chopin: what is it about? He answered: I will play it again.

If we meet person to person it will be much easier for me to tell you all about my personal feelings I put into this project. And yes that is about mourning, the loss of beloved ones, the struggle to live and earth that is both fertile ground as consuming final destiny. Buried…

Siegelaer also revealed an aspect of the filmmaking that you wouldn’t know from simply watching the video:

What we never could know when we started, was that right above our specific shooting location, the flights with coffins from the Ukraine MH17 disaster would pass. The whole country was in mourning, among our crew someone lost a friend. On that day, when around 14.00 the skies became silent, we knew: the next plane is another batch of coffins. That was tense. At 15.45 the planes flew over. We didn’t see them through the clouds, but the heavy engines announced their coming almost 5 minutes before… I don’t know how much that influenced the shooting, but I think that I have made my frames more formal than initially intended. And it is good that I did it that way. 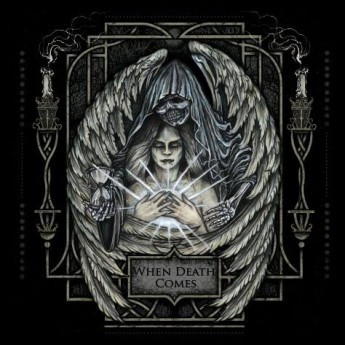 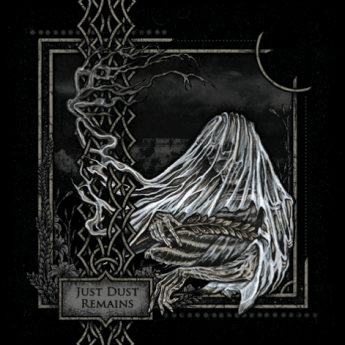 We also asked vocalist Roberto Mura of Aphonic Threnody how the collaboration with Siegelaer came about:

The collaboration started early this summer through a photographer we got in touch with during our first live show the last year. We were looking for a director willing to create a video for us. Although the length of the track is almost 18 minutes, Jerome offered to help us out. We knew him by name as he’s been working with Yob during the last Roadburn edition and Enslaved years back, so we felt honoured to work with him.

The song itself is the longest track we’ve written for our new album When Death Comes, which is coming out in October this year. The lyrics are pretty personal and speak of an ill person about to die and seeing this life defeat as a liberatory way back to the ground. The concept Jerome created and the dance performance in the video are artistically intense and touching indeed. It has been great to find someone able to create in such a unique way the concept contained in the lyrics.

When Death Comes will be released by Doomentia on October 31 in both CD and double LP vinyl editions, with artwork created in collaboration with 13th Sign (who have worked with Mournful Congregation and the Heavy Days In Doomtown festival) and the photographer Valeria Spiga. It is the band’s last album with keyboardist Kostas Panogiatou (Pantheist, Landskap, Wijlen Wij); the band’s new keys player is Juan Escobar (Astor Voltaire, Mar De Grises). The new album’s track list is as follows:

With that preamble, here’s Meditation On Earth. I hope you enjoy it as much as I have.

Meditation on Earth from Jérôme Siegelaer on Vimeo.