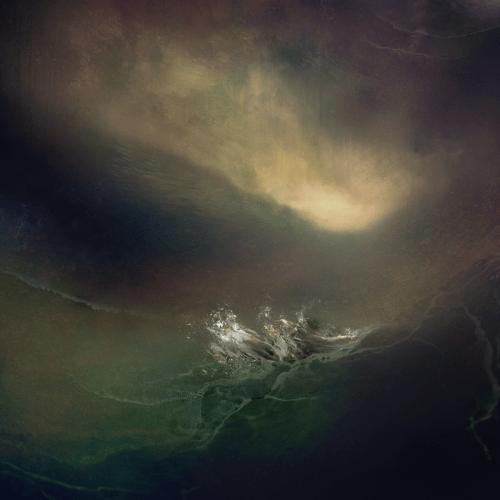 Artwork by Jeffrey Smith (for Judd Madden’s Everything In Waves).

You’re going to see some temporary changes here at NCS over the next 10 days, and I thought I’d explain why.

I’ve finally accepted the fact that I’m trying to do too much. Partly because of increasing demands on my day job, and partly because NCS has just gotten way busier than it used to be, I can’t do everything at the site that I’d ideally like to do. Something has to give.

I spend a big chunk of time every day reading e-mails and scouring the internet for metal news and for new song and video premieres, and then every day (or every other day) I spend more time writing about at least a few of the new discoveries that I think are worth sharing. I also write about new songs or videos that we ourselves have agreed to premiere. And I do other shit that doesn’t involve my own writing at all.

All of this has left me little time for reviewing new albums and EPs. My NCS comrades do their part, but we don’t make review assignments here — everyone writes about what they want to write about. And we’re diverse enough in our tastes that what I want to write about often doesn’t get reviewed at all if I don’t do it.

I’m not egotistical enough to think anyone absolutely needs to read what I think about a new album or EP. But although listeners certainly don’t need my opinions, I need to express them! It pains me that I don’t have the time to help spread the word about music that I really think deserves to be heard.

So, apart from our own premieres, I’ve decided to do nothing over the next 10 days but write (or finish writing) a bunch of reviews and post them. Unless one of my comrades (or one of you out there) decides to put together a feature on new music, those things will be gone for a while — except for one final one that you’ll see later today.

17 Responses to “A PARTIAL HIAITUS”