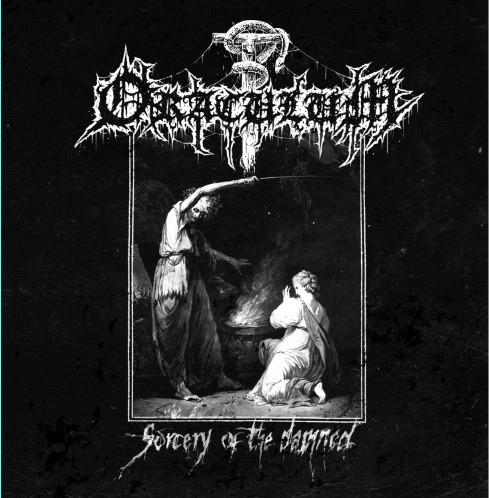 Everything about this song is massive — the sound, the grooves, and the scale of the trauma that it inflicts. If my instincts are correct, it will also prove to be massively appealing to fans of death metal in the vein of Bolt Thrower or vintage Sadistik Exekution. The song I’m speaking of is the one we’re premiering in this post: “The Vessel of Orichalcum”. It appears on Sorcery of the Damned, the forthcoming debut EP by a three-man Chilean band named Oraculum that’s slated for release by one of those underground labels that seems to do no wrong — Invictus Productions.

“The Vessel of Orichalcum” isn’t a “grower” — it’s such a stupendously galvanizing and supremely headbangable track that it exerts an iron-fisted grip on the pleasure centers right from the first listen — and the same is true of Oraculum’s EP as a whole.

Do you like your death metal so choked with distortion and caked with grit that it feels like you’re being hosed down with an industrial-strength sandblaster? You’re in luck! Do you grin stupidly at the assault of riffs that pound like sledgehammers, grind like bone saws, and rumble like a freight train passing just outside your door? Prepare for big smiles! Do you appreciate organic, brute-force percussion with a lot of rhythmic variety? Check that off, too. And do you eat up spitfire solos and reverberating vocals that sound like the wretched howls of an anguished demon? Prepare to dine sumptuously! 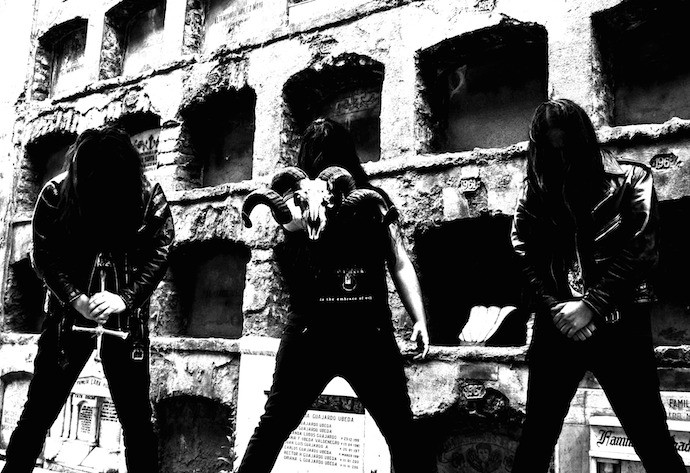 Oraculum sound as if they’ve established a direct connection to the undead spirits of a previous age, capably churning out overpowering, dynamic, venomous death metal that’s authentically ghoulish and doom-drenched but also charged with electrifying energy. Theirs is a potent and addictive concoction, and the only downside to Sorcery of the Damned is that it’s only four tracks long:

1. The Vessel of Orichalcum
2. Primeval Flame
3. Passage I
4. Endarkenment

Invictus will release the EP on October 27. Enjoy “The Vessel of Orichalcum” below.

2 Responses to “AN NCS PREMIERE: ORACULUM — “THE VESSEL OF ORICHALCUM””