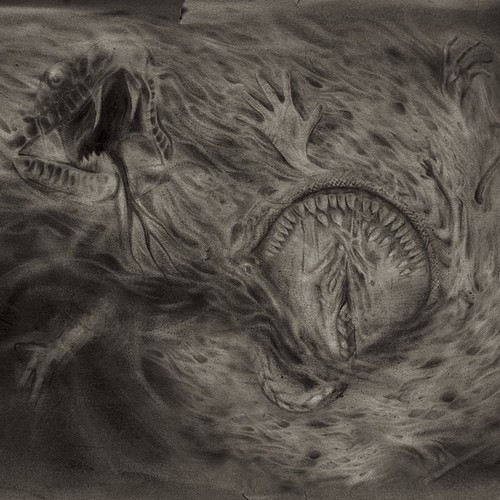 (We welcome guest contributor Gorger, who explains himself and the objective of this new series as follows… )

Let me start off with a short presentation of myself. For almost a year I’ve been running a Norwegian metal site with a focus on reviews of metal releases. The site is split into two forms of reviews. There are the standard reviews, where I listen a plethora of times before writing a medium-long, moderately indept description with a dice-scaled rating, and then there are what I call “Impressions”, where I listen to an album a few times before writing short and somewhat impulsive description with a classification as Approved (V), Dissapproved (X), or Intermediate (VX).

Like Islander, I know what lack of time is. I have a wish of making a parallel, English-language version of my site, but that ain’t happening any time soon. When Islander told us all he’d be leaning back between two loud-speakers and enjoying some full albums for a change, I decided this was a perfect time to both give something back to this enlightening site and also do a “pilot” of English translations, to see how that would work. I plan to present 16 releases from the past two months over three posts, and the criteria are these:

We are all excited to see which records will be reviewed by our host. In the meantime (yes, time is mean indeed) I hope you’ll find something interesting here. For those with Scandinavian linguistic skills, check out Gorger’s Metal.

I’ll put it all in chronological order. Now, let’s get started, shall we?

NIDSANG – INTO THE WOMB OF DISSOLVING FLAMES

Nidsang was granted 5 of 6 points in the review

Nidsang consists of three men from Sundsvall, Sweden, who have set out to deliver some classic Scandinavian-style black metal. The band started under the moniker Lammoth and released two demos in 2004. After a short time they changed their name to Nidsang, a twist on the word “nidstang”, which is Swedish for nithing pole. (“stang” = pole, whilst “sang” = song, thus making it “Nithing Song”, where “nithing” means an exceptionally vile, despicable person). After the change of name, they released a demo the following year, followed by their debut album in 2007 and an EP in 2008. They have taken quite some time to release their sophomore album, but the time may be said to have been well spent.

What the guys have brewed is 43 minutes of good ol’ quality black metal. It’s the sound of classic and traditional Swedish raven-pitched, high-culture metal. Some similarities to “fellow villagers” in Setherial can be traced, but Watain is perhaps a better indication. The originality of this subsjangeren was of
course all drained out a long time ago, but occasionally there comes along a release that creates its distinctive character simply by eminent songs. This is such a release. The music is fast, but contains a lot of variety and mood. The atmosphere is dark and hostile, the drums roll like an electric mixer (or at least an eggbeater). Constant small changes make the listener pay careful attention to the all-encompassing darkness and hatred.

Drummer Korpr makes a solid effort behind the battery. At the same time, bassist and guitarist Blodshird and guitarist/vocalist Amducious attack from each flank. It is tempting to say more about the musical labyrinths, but I choose rather to let the music tell you the rest of the story. The album was re-recorded and mastered in Necromorbus Studio and mixed in Wing Studios, all with Sverker Widgren behind the levers. The sound is not remarkable, but it is good and suits the music. This is by no means original by today’s standards, but if you still have a thirst for atmospheric Scandinavian black metal you should check this out, especially track three, “The Burning Beyond”.

Into The Womb Of Dissolving Flames was released by Pulverised Records on July 21st. 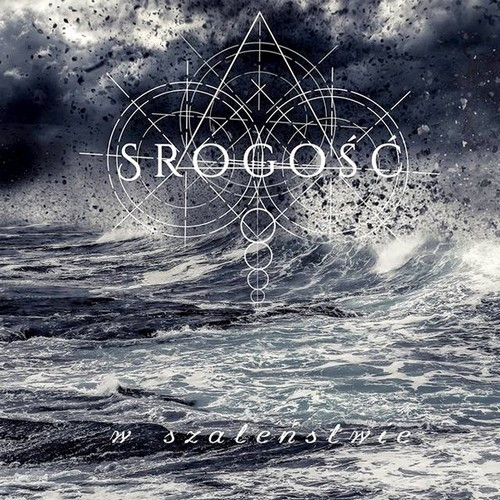 This Polish duo released their first demo in April this year and hereby make their debut in full-length format. Those who swear exclusively to true black metal can jump past this one, because the offspring of the black genre these Poles have delivered was spawned in a very melodic landscape. There are certainly plenty of parts where the melodies could have appeared on 20-year-old classics, but still other parts borrow from both symphonic and atmospheric forms of the genre. It’s also spiced with a bit more classic metal guitar and occasionally certain industrial moods. It is all combined with mindful structure and performed in a technical manner. Hence the warning at the start.

Those who like to tread on unknown paths and have heard it all before will not find anything revolutionary here. However, the band have constructed 35 minutes of utmost listenable black’ish metal in a melodic broth, with added spices. I recommend a taste of this sauce. 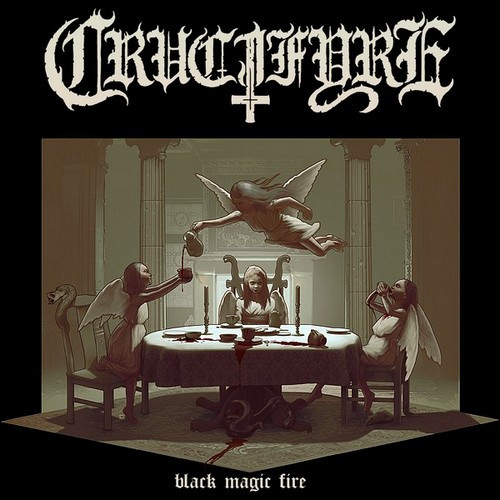 These Swedish lads have something indefinable (just another way of saying “This reviewer’s got limited knowledge or abilities”) that I really fucking appreciate. There’s a lot of old and nifty in the sound. It is murky, neat, and full of solid, vigorous riffing, sharp guitars, and devilish details. The main ingredient is Swedish death metal, but there are a myriad of other influences, from old thrash to early black metal. With members from bands like Morbid, Crematory, General Surgery, Nasum, Kaamos, and Repugnant, it’s no wonder that this is a stout and fleshy old school slice of attitude.

Recommended for veterans who miss them olden days, as well as for new kidz that needs to learn their lessons. 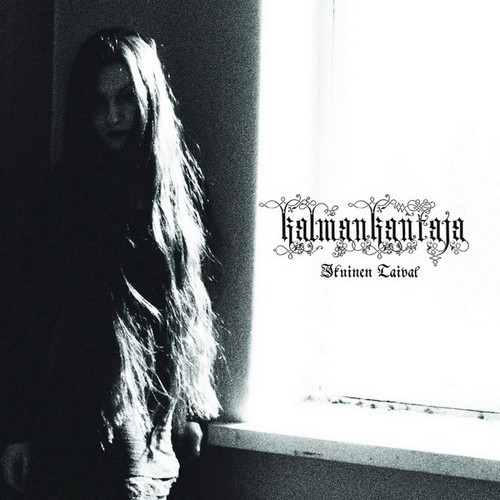 As the band name suggests, we are heading to Finland. As the label’s cozy name, Self Mutilation Services, suggests, it involves DSBM. Depressive suicidal black metal, so-called, began as a sub-genre with the Norwegian band Strid (“struggle”) in 1993. Among other pioneers, the following should be mentioned: Germany’s Bethlehem, which became increasingly misanthropic from 1996 toward the record with the initials S.U.i.Z.i.D. (1998); and the Australian one-man band Abyssic Hate, which evolved constantly toward this sub-genre during the second half of the 1990s until the first (and still only) full-length Suicidal Emotions saw the moonlight of night back in 2000.

Sweden’s Shining grabbed the torch with their first EP in 1998, and made the genre more  infamous with their early, diabolical albums during the first half of the 2000s. Also Italy’s Forgotten Tomb began at that time to pour out misery, depression, and malaise. It was not long before others joined the suicide train, including Germany’s Nyktalgia and the Danish band Make a Change … Kill Yourself.

In recent years, I have missed good, creepy releases. Countless new attempts have drowned in benign post-black advances, lousy sound, or other amateurish pitfalls. It is good to hear a band who put mental suffering in the driver’s seat once again. These two Finns present four songs, all between ten and fifteen minutes long, and the album clocks in at 51 minutes. Ikuinen Taival exhibits symptoms of a nasty musical depression, with repetitive, monotonous, and soaring guitars without abrupt transitions, as if not to startle the listeners out of their hypnotic, euphoric trance. Variation and melodies come creeping in as we silently shut down all mental and bodily functions and go into temporary hibernation.

Ikuinen Taival was released by Self Mutilation Services on August 22nd. 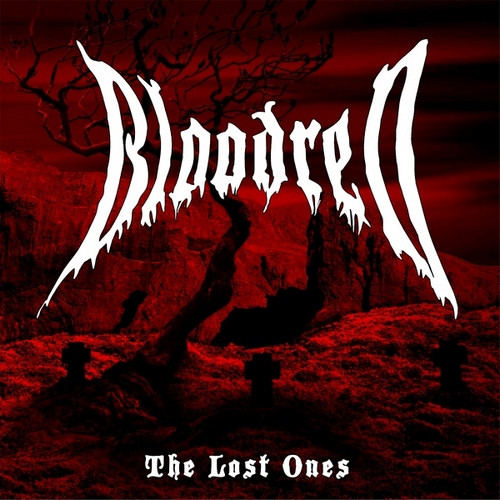 BLOODRED – THE LOST ONES (EP)

This EP was released digitally on June 20, and has recently been released in a physical version in association with the PR company Metalmessage. Bloodred is the one-man band of Germany’s Ron Merz, but he had some help here. The EP was recorded at Sound Master Entertainment Studio with Alexander Krull (Atrocity, Leaves’ Eyes) behind the control board. Joris Nijenhuis, from the same bands, has taken care of the battery.

On this short release Bloodred made room for two entire songs. The five-minute title track opens with melodic guitar accompanied by fast pounding drums. Let’s dwell a little on the contributions by Joris. It’s often running in a rather breathless pace, without going into full trotting (blast-beats, that is). The guy is talented, and adds some variety. Still, the drums feel even more extreme and aggressive than the melody lines would suggest. The guitar work is actually just as much melodic as it is riff-based, and the feeling that the two have somewhat different approaches and directions sticks with me, even though the vocals are ragingly furious. The vocals are raw, and initially quite cool, but without much variation, and they don’t contribute much to the music’s depth and substance.

The second song, “Spirits of the Dead“, continues in the same style, and does not change the conviction that Ron probably could have expressed a more coordinated overall implementation. Despite these minor flaws, there’s a lot of potential here, and it’s a decent debut. Without the melodies, which create lots of depth, this release would have become a much more fierce affair that quickly could have made Bloodred appear as just another “straightforward angry full-speed” band. Luckily, however, this is close to ten minutes of highly enjoyable metal that gives hope for future releases with even stronger structure and longer duration.

The Lost Ones was released on disk on August 29th.

5 Responses to “METAL NOT PREVIOUSLY FEATURED ON NCS — PART 1”