While I haven’t personally taken the time to divulge my thoughts on the new Falls of Rauros record, my enthusiasm for it was pretty well expressed by Ben Smasher’s NCS review (here). Anyway, thing is bloody magnificent, and it’s streaming now via Noisey. Check it out before it drops via Bindrune and Nordvis: 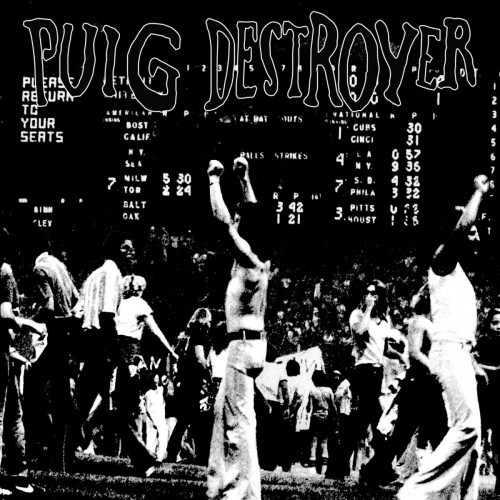 I played baseball for twelve years before stopping after my senior year of high school back in June. Especially during some of my early years, I had very serious dreams about being either a player or GM in the MLB (I was scouring the transactions part of the sports page of the San Diego Union-Tribune by second grade). Thus, baseball became quite a large part of my childhood and my identity, and so I somewhat had a panic attack when I first saw that Puig Destroyer had become a thing.

I’ve since devoured the EPs they’ve released, and now they’re about to release their first album, a self-titled effort, officially out today (just as the regular season ends and the postseason begins, for teams lucky enough to not be the San Diego Padres). The music is pretty killer grind, but most will be here for the wonderful joke that they are, and the hilarious lyrics they offer (good luck picking them out by ear though).

Anyway, Metal Injection delivered the premiere and the album can be ordered from No Sleep Records here.