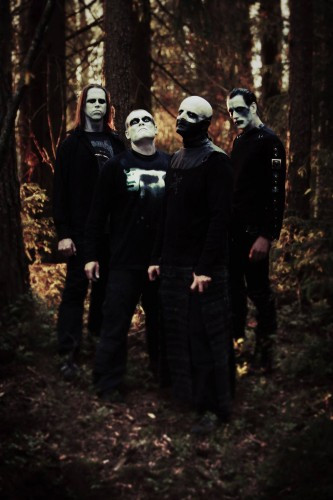 (Andy Synn presents Part 51 of THE SYNN REPORT, and this time he reviews the discography of Norway’s Khold — including their new album Til Endes.)

Sometimes deciding what band to cover for an edition of The Synn Report can be a difficult, complex process, with many different variables to consider. At other times though, circumstances endeavour to make the decision for me. Case in point, this week has seen the release of Khold’s sixth album, Til Endes, after 6 years of relative silence, so now seems like the perfect time to introduce you all to the band’s signature brand of grim nihilism and pitch-black groove.

Formed back in 2000, the band’s sound is a seamless melding of old-school venom and new-school aggression, built around a raw, stripped-down aesthetic, but delivered with a multi-layered, modernised sonic crunch and a bullish, belligerent strut which at times verges on a more Black ‘n’ Roll style swing and swagger.

Khold’s focus is primarily on riffs – massive, rumbling, evil riffs, which grind and groove with grim intensity and malicious intent. Blasting is generally kept to a minimum, with the drums instead embedding themselves right in the heart of every pounding piece of primal riffage, anchoring every groaning chord and venomous tirade to an irresistible metallic stomp, here and there cracking open to allow touches of sadistic melody or seditious dissonance to bleed through. 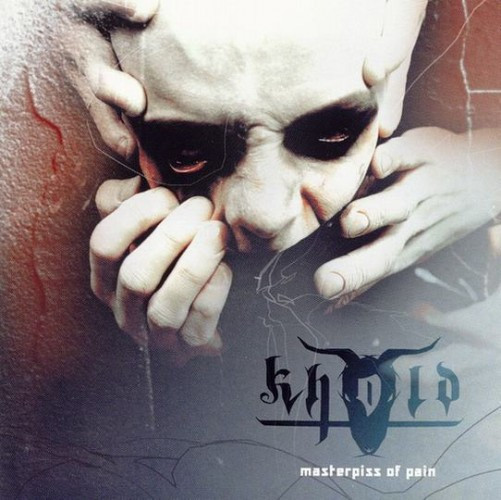 One thing you’ll immediately notice about the band’s debut is how generally huge and crushing it sounds, the thick, downtuned riffs and groaning bass-lines of “Nattpyre” providing a perfect introduction to the band’s blend of dense heaviness and blackened nihilism. The song’s slow, brutal bludgeoning is broken up part way through by an excision of purulent speed and dissonance, nimble bass-lines weaving smoothly in and out of the chaos, before sinking once more into a climactic, tar-thick groove.

It’s followed by the more up-beat and rolling tempo of “Den Store Allianse”, melding staccato stomp and feverish disharmony, and the barely restrained savagery of “Norne”. The bass-led “Svart Helligdom” is a bleak and eerie arrangement of coiled melody lines and abrasive chords, roiling and bubbling with barely-suppressed anguish and anxiety, while both the savage “Rovnatt” and the grim grind-a-thon of “Kaldbleke Hender” mix and match blackened intensity and vile, filthy hooks to great effect.

“Bortvandring” is a lightless piece of asphyxiating Doom that’s closer to Triptykon than Taake, simultaneously both utterly repellent and yet hypnotic, which is followed by the riotous belligerence of “Mesterverk av Smerte” and the juddering metallic march of “Jol”, before the clanging bass-lines and driving guitars of “Øyne I Arv” bring things to a suitably grim and mammoth-sounding conclusion. 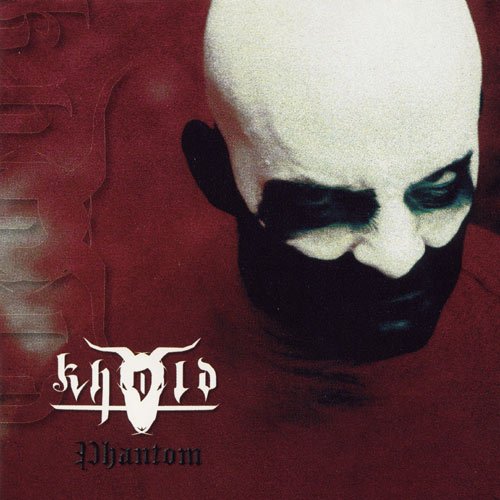 The band’s second album kicks off with the Ruins-esque grooves of “Dødens Grøde”, all gut-level bass lines and priapic, swaggering riffs, topped off with a plethora of hypnotic, head-banging hooks and an overwhelming aura of impending doom.

“Skjebvenette” is more melodic, but perhaps even more menacing, with its sadistic vocal performance and chilling, skin-crawling guitars grabbing the attention right from the start. The track’s suicidally bleak riffs definitely recall Shining to these ears, but in a way that strips everything back to a charred and blackened skeleton of  pure misanthropy.

The self-destructive strut of the anthemic “Hekseformular I Vev” leads into the gloom-ridden, doom-laden title track, a coagulating crawl of dismal disharmony and distress, which is followed swiftly by the fever-frenzy of “Fra Grav Til Mørke”.

“Døde Fuglers Sang” is a definite highlight of the album, a callous collection of Sabbath-meets-Satyricon riffage that absolutely oozes malevolence, followed by the unsettlingly off-kilter and melodically warped “Slaktereika” and the unstoppable, slow-motion annihilation of “Ord I Flammer”.

It all climaxes with the Now, Diabolical-styled strains of “Vandring”, whose poisonous, lead-heavy riffs twist dissonance and melody on their head with an almost perverse glee.

Utterly morbid and uncompromising, the gallows-chords and tensile bass-lines of “Åtselgraver”, and the neck-snapping, twitching grooves of “Død”, truly seem to suggest that Khold are a band who have stared too long into the abyss, and been gifted with an terrible, simple, truth as a result.

The chilling clarity and glacial power of Khold’s booming, rumbling sound really helps accentuate the stripped-back simplicity of their lethally effective riffage, from the scorched-earth aggression of “Niflheimr”, to the titanic, clashing chords of “Hevnerske”, to the roiling cauldron of hate and dissonant melody that is “Med Nebb Og Klor”.

The track “Mørke Gravers Kammer” itself positively bleeds horror and despair from every open, festering wound, conjuring a truly oppressive atmosphere with its mixture of eerie, suffocating riffs and bleak disharmony. It sets the stage for the monstrous, undeniably ominous stomp of “Opera Seria” with its hanging chords and nailgun chugs, and the storm-drenched desolation of “Sjeleskjender”

The album closes with the  frankly devastating pairing of “Vardoger” and “Kamp” – the former a post-apocalyptic piece of monolithic riffage and strangling bass-lines not unlike late-Celtic Frost/early-Triptykon, the latter more akin to Sworn to the Dark-era Watain, only rawer, uglier, and more primitive. 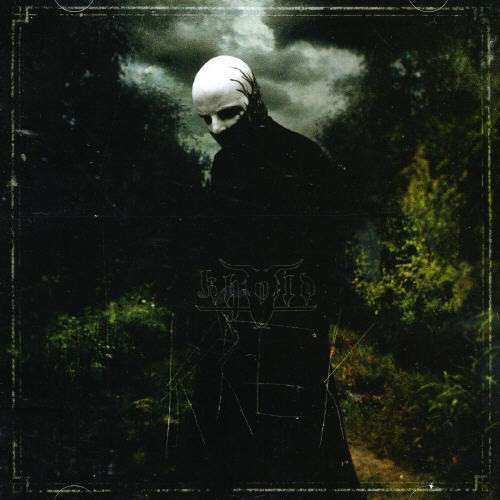 Appearing only a year after its predecessor, Krek immediately kicks into high gear with the abrasive, blackened Punk-Metal bombast of the title track, its bladed riffs married to a suitably lacerating, crackling vocal performance. The seething rhythms and thick, viscous grooves of “Blod og Blek” reek of predatory swagger and ugly nihilism, while “Innestengt I Eikekiste” positively pulses with unsettling melody and an undercurrent of punkish perversion.

“Oskorei” is a magnificent metallic behemoth of mountainous riffs and pounding percussive power, whose slow, glacial creep absolutely crushes with terrible, looming inevitability. It’s followed by the refined evil of “Byrde”, which matches a Black ‘n’ Roll swing to moments of starkly-hued antagonism and aggression, and the blistering rawness and low-slung, monstrous grooves of “Lysets Flukt”.

“Grepet Om Kniven” is a bone-rattling, headbanger of a track that conjures an irresistibly hypnotic atmosphere out of its filthy, grime-encrusted riffs and thudding drum work, while the gargantuan, crashing chords and twisted, electrifying riffage of “Midvinterblot” seek to drown the listener in pure sonic suffering.

Penultimate track “Varde” has a destitute, desperate air to it, its suppurating bass-lines and creaking, groaning riffs intercut with moments of dark melancholy and bleak, haunting melody, something which not only continues but becomes more prominent during the unexpectedly progressive, mournful finale of “Silur Wie”.

The reckless riffs and rumbling bass lines of “Der Kulden Rår” kick things off in suitably ruinous fashion, the chilling precision and icy clarity of the album’s production enabling the listener to pick out every cracked and bloody shriek of the vocals and every distorted ripple of the guitars.

The churning chuggery and blood-spattered drum work of “Kor” recalls Shining at their most focussed and aggressive, and its grim grooves and subtly proggy use of melody mean the song has (with the benefit of hindsight) quite a bit in common with the most recent Satyricon album, while definite echoes of Mayhem can be found in the throbbing depravity of the title track.

The raucous riffs of “Troløs” positively bristle with menace and madness, leading into the gargantuan death-crush of “Forrykt”, with its mix of morbid heaviness and scathing hooks. This is followed by the armoured aggression and atmospheric dissonance of “Reqviem”, and the short, sharp, shock of “Villfaren”, an absolute prime cut of Black Metal malice and misanthropy.

“Sann Ditt Svik” is one of the band’s most complex pieces, beginning with a sludgy crawl and moving through passages of desiccated, skeletal chords, storm-driven percussive violence, and ravenous, raving vocals of barely restrained insanity. It’s followed by the sinister melodies and searing aggression of “Mester Og Trell”, and the crawling cacophony of “Straff”, before “Bønn” – with its mix of old-school blackened melody and new-school heaviness – brings things to a chilling conclusion. 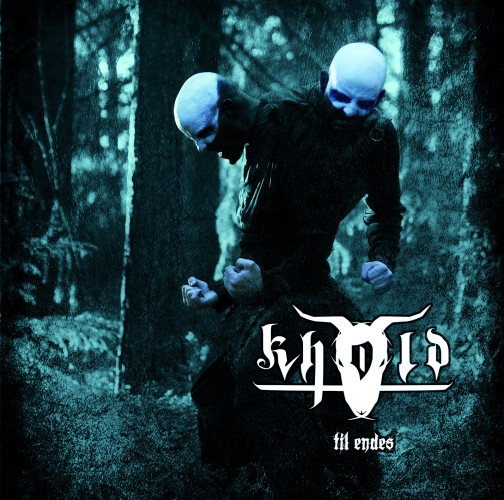 Til Endes, the band’s long-awaited sixth album, possesses perhaps the most massive production and some of the most malicious, malevolent riffs that the band have ever concocted. Case in point, opening track “Myr” is a psychotic stalker of a song, creeping and shadowing with its rolling, screeching, taut riffs, each one delivered with perfectly placed, maniacal precision, while “Skogens Oye” is a steely-eyed, iron-clad hulk of bristling hooks and chainsaw riffs that spews fire and brimstone from every pore, leading into the dissonant depravity and decaying melody of “Ravnestrupe”.

“Dommens Armé” is just as darkly intense as the rest of the album, but noticeably thrashier… and there’s a reason for that, as it’s actually an unexpected cover of the Sepultura classic “Troops of Doom”, it’s rampaging guitar work perfectly suited to Khold’s riff-heavy approach and primal blackened grooves.

The title track, the death-inflected “Til Endes” is an absolute disasterpiece of controlled chaos and concussive guitar-work, asphyxiatingly tight and utterly razor-sharp, followed by the leviathan slither and spiteful venom of “Det Dunkle Dyp”, its riffs dipped in acid and coated in slime, building to a charred eruption of ferocious blastbeats and feral lunacy.

The cataclysmic crush which introduces “Avund” really makes a massive impact, scorching the earth in preparation for the procession of cold, adversarial Black Metal which follows. Its strained, eerie melodies, angular dissonance, and dense, crippling bass lines twist and turn and twine in upon one another like a thing possessed, leading into the seismic rumble and rampant devastation of “Hengitt”, which wraps things up in a suffocating straightjacket of barbed-wire riffage and grim, caustic aggression.