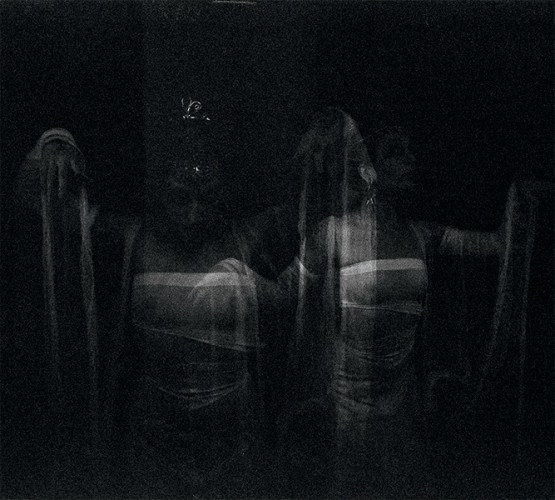 This in turn led to a conversation online with ][ of Venowl, who unlike me was quite familiar with Emit. He mentioned that the man behind Emit had guested on older material by a band named Vomit Orchestra — another name I had never heard. When I confessed my ignorance, ][ linked me to a new Vomit Orchestra song that really grabbed me, and that’s the first offering in this post. 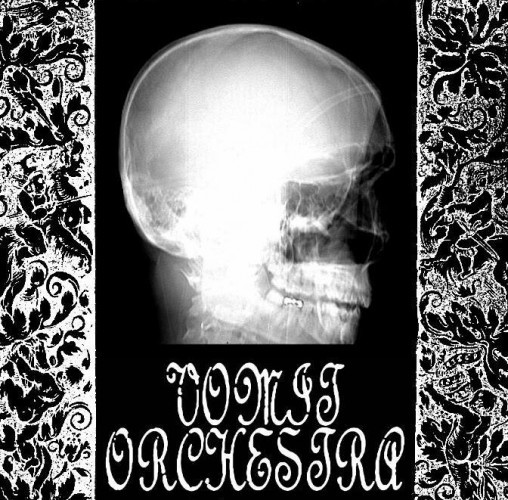 Vomit Orchestra is the solo project of a Pennsylvania-based musician who (according to Metal-Archives) variously goes by the names D., Diabolus, and [d] (as well as the name he was born with) and who is also the man behind other projects such as Vrolok, as well as the creator of noise on Krieg’s 2014 album Transient and on Krieg’s 2014 split with Moloch (whose 2014 album I’m reviewing later today).

The new Vomit Orchestra track I heard is named “Convulse”, and it will appear on an album entitled Eptirconvellere, which will be released later this year by Nomos Dei (Russia) on CD, by Sigillvm Tenebrae (Hungary) on tape, and by Die Song (US) on vinyl. The amazing album cover is at the top of this post (lifted from Vomit Orchestra’s FB page), and it was created by photographer Erik Truchinski. On “Convulse”, [d] is joined by violinist sb.

“Convulse” is mesmerizing. The vibrating guitar notes in the introduction sound close to the warbling shimmer of a melotron, and what follows (while that shimmering melody continues to unfold) is a rhythmic pounding that sounds both ominous and bereft, like a requiem for a predator. The violin melody that eventually joins the bleak pageant simply deepens the mesmeric quality of the music. As dark as the music is, it’s also transporting.

Before writing this post I discovered a second track from the new album that Vomit Orchestra posted to YouTube. This one is named “Fade”. Like “Convulse”, it glides slowly, featuring echoing guitar notes and vibrating ambience generated with a Hammond organ. The methodical thrumming of a bass is the only anchor for this cosmic drift, and it’s a tenuous anchor at best — this is spine-tingly and very creepy music.

Listen to “Convulse” and “Fade” after all these links: 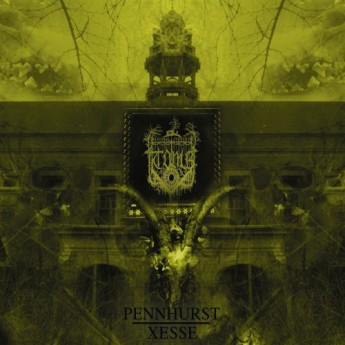 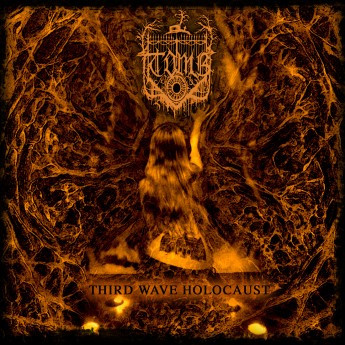 At about the same time I was having a conversation with ][ about Vomit Orchestra on Friday, I was exchanging e-mails with the man who introduced me to Emit and arranged for our premiere of “Beneath Carvings Linger”.  When I explained that I had enjoyed the Emit album (like you might enjoy a particularly chilling ghost story), but was really unfamiliar with this kind of music, he recommended another Pennsylvania-based one-man blacknoise project named T.O.M.B. — Total Occultic Mechanical Blasphemy. He warned me to bring a defibrillator before listening.

I subsequently learned that the music of T.O.M.B. usually begins with field recordings in such places as mental institutions and cemeteries and often involves the use of ritualistic bone implements applied to such things as headstones and cadavers.

The most recent T.O.M.B. release (again on the Crucial Blast label) is an April 2014 compilation of two previous works — an album named Pennhurst recorded at two Philadelphia-area mental asylums and originally released in 2009 by Esto Perpetua Records, and an EP named Xesse originally released on vinyl by by Prison Tatt in 2011. This compilation is available for download or order on Bandcamp, where the first track to greet you upon arriving there is a long song named “Primevil Sorcery”.

Shit, “Primeval Sorcery” will shake you down to the calluses on your feet. It’s more than 11 minutes of disorienting noise — things that sound like thunder, earthquakes, hurricanes, bandsaws cutting sheet metal, welding torches applied to human skin, lengths of rebar dropped down a stairwell, a convocation of phantasms, and the possibility of intelligence in the dark matter between galaxies. Don’t ask me to explain how or why these bewildering and disconcerting sounds prove to be so engrossing — but they are.

Following “Primeval Sorcery” comes “Maz Ov Tha Damd”. There’s a throbbing quasi-industrialized beat in this shorter song, but it’s surrounded by a squall of howling disturbance that will very thoroughly scour out the insides of your skull and leave it gleaming in pristine emptiness. Goddamned obliterating.

In 2013, T.O.M.B. released an album named Third Wave Holocaust, via Malignant Records. That, too, is available on Bandcamp, and I checked out the first song available there, “Antagonizing the Unknown”. Having been somewhat prepared for what was coming by what I heard on Pennhurst/Xesse, I was still thrown off balance. It’s less hurricane-force than those first songs on the other release, but still disturbing, with the dreadful movement of some leviathan in the lower frequencies and frightfully alien excretions piercing through the track’s upper reaches, along with the distorted howls of a voice that only barely sounds human. It’s ugly and unearthly, and inexplicably transfixing.

As is obvious, I haven’t attempted a review of either of the two releases featured here — I’ve only heard the handful of songs discussed above. But I’m still so fucking backlogged with reviews that I wanted to at least go this far rather than remain silent altogether. Full streams of both releases are below.

And finally, I’ve added two videos below, both of which were sent my way by Venowl’s ][ after seeing the first version of this post. The first documents a T.O.M.B. field recording on Good Friday morning, 2010, at Essex Hospital in Clifton, NJ, at 3:33 a.m., for use in a forthcoming release entitled Fury Nocturnus. And the second is a video by James Gannon for the first single released from Fury Nocturnus, a piece named “Abysmal Channeling”. (Fury Nocturnus will feature guest performances by Hellhammer (Mayhem) and Manheim (ex-Mayhem)).

4 Responses to “VOMIT ORCHESTRA AND T.O.M.B.”