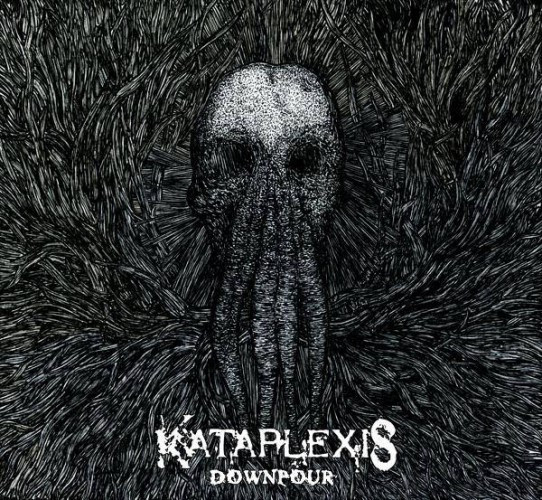 (In this 5th installment of a multi-part piece, Austin Weber continues rolling out recommended releases from his latest exploratory  forays through the underground. The first installment is here, the second here, the third here, and the fourth here.)

Let’s start today’s edition with a bang, the kind of loud and ear-shattering ruckus you might associate with a mortar shelling or rapid machine-gun fire flying out of an unnecessarily huge extended clip. The time has come for the death-grind fun-free happy hour, cue Kataplexis.

This Canadian wrecking crew are relentlessly crushing, suffocating, and pummeling in approach. They offer a fair bit of contrast not readily present in most deathgrind, vacillating between short, purely grind-blasted death bursts and longer grindcore-fed chaotic death metal numbers. All of which pairs nicely with the occasional black metal poisonous riffs in their veins, coursing a darker shade of rot into the proceedings. 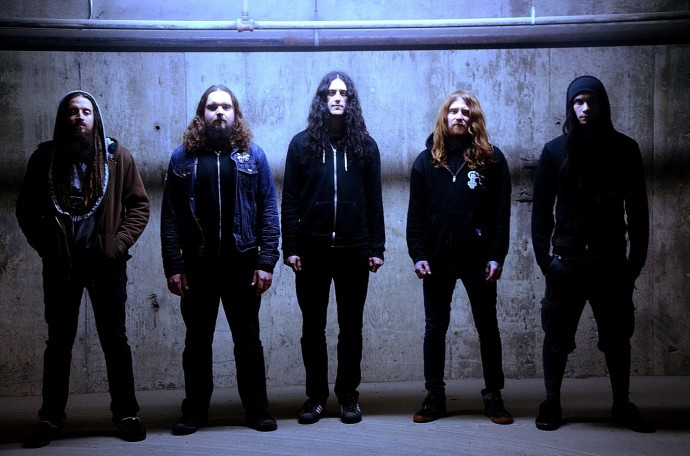 It’s hard to compare them to anyone, apart from referring to the obvious Brutal Truth and Nasum influences, but rest assured, they dwell within the realms of a “wall of sound” type of style, but never without a clearly defined structure guiding the strenuous cacophony at hand. They hone in on primordial aggression, but the final delivery is refined and quite technical in nature.

Listening to Downpour also certainly brings to mind the particularly virulent and complex strain of deathgrind that Uphill Battle created in their heyday– from the mixed genre riffs, to the zany from-death-to-grind volleying song structures, to the screeched vocals. But I hesitated to mention that as an initial comparison since few know of them.

Downpour is exactly as its title suggests, and once it begins to rain down upon you, akin to a hail of knives and errant boulders, even its crushing weight bearing down on you is mesmerizing in itself. Though the correct move would be to get the fuck out of its path.

*For those unaware of Uphill Battle, a link to their bandcamp follows below, as per how I usually do things. 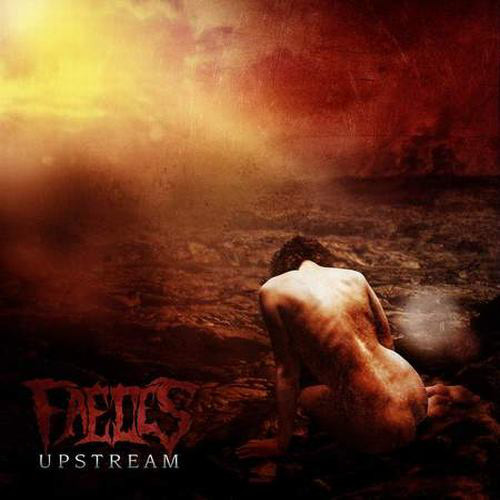 I know what you’re thinking, that with a band name like this, Faeces has to be some type of scatalogically themed slam type band. Surprisingly that is not the case. What the band deliver on Upstream is far more along the lines of Atheist-meets-Death jazz-infused progressive death metal, rounded out with the occasional grind-fueled feel. Though a brutal death metal influence also rears its head in short spurts from time to time.

In spite of their progressive tendencies and offshoots, this is quite the aggressive and cutthroat release. It finds a nice balance between beauty and bastardised rage. Upstream shows a band performing at an absurdly high level of skill; it’s near incomprehensible that an album so good has gone unnoticed and that this band is so little known.

While a few of the song titles also gave me a bit of apprehension as well, these guys have a lot more in common with Obscura than anything related to slam or basic brutal death metal. Their use of fretless bass-playing furthers that point of reference, as the bass is high in the mix and gets plenty of room to shine, frequently funking things up and also adding some truly devastating low end to Upstream.

Listen, for example, to the fretless-bass-fueled introduction to the oddly titled “Probe In Ass”, as well as the bassist kicking off several other tracks, including opener “Red Sun Empire”, the title track “Upstream”, and closer “Ignorance”, among others . He has a very prominent voice on Upstream that lends a lot to their identity and sound. Granted, this is from 2011, but who really cares if you haven’t heard it before anyways? I’m more interested in bringing good music to your attention regardless of when it was released, in the hopes that people will then anticipate any new material.

This Polish group are onto something very special, give them a listen, name be damned. 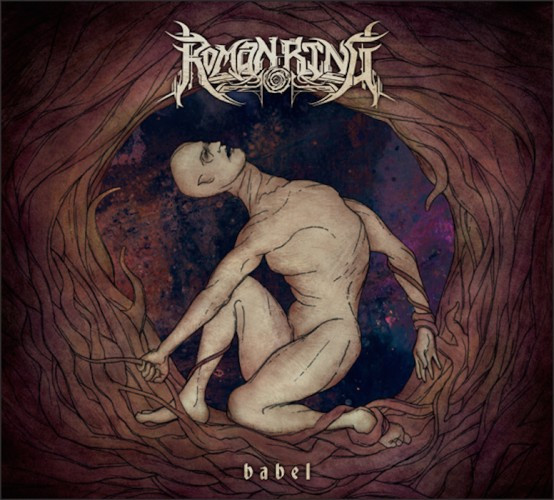 I was very fortunate to bear witness to Chicago-based technical death and black metal group Warforged perform live in August here in my hometown of Louisville, Kentucky. Their atmospheric-laced music certainly came to life and seemed even bolder live. It certainly turned me into a rabid fan. As such, I had to do what I typically do in this kind of fanboy scenario: Go to Metal-Archives and find out if any of their members play in other bands.

In doing that, I learned about Roman Ring, a likewise eclectic Chicago-based death metal act who feature Warforged drummer Jason Nitts in their ranks — though to be clear, he is not the drummer on Babel, having joined after the drums were already recorded by someone else.

Before I ever hit play, the strange artwork, atypical for the genre, certainly drew me in as well. There’s so much versatility on Babel. It was composed by drawing from a multitude of death metal schools, weaving in and out of them with a “greatest hits” type of scattered approach that takes all the highlights and leaves the notion of filler by the wayside.

In the end, Babel lives somewhere between technical and progressive strains of death metal, with some hefty stomping groovy bits serving as connective transitions in the overall charging cataclysmic rush. Listening to Babel reveals the distilled wisdom of countless death metal bands, re-configured into a shiny, superbly written marvel backed by a fairly intriguing lyrical concept.

Are your ears and body ready for such an experience? If not, please go put on some Miley Cyrus instead.

*I know Warforged were written about here at NCS, but here is a link to their Bandcamp if you missed our post on them: