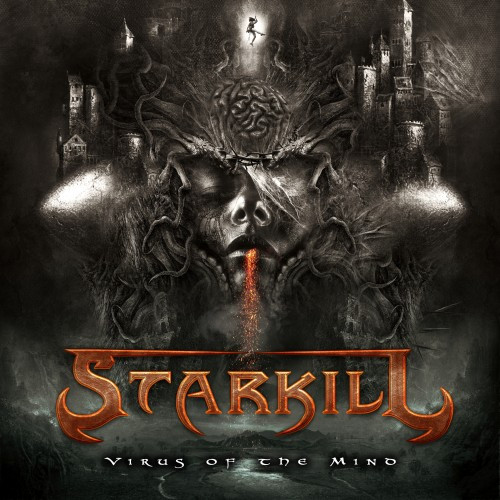 Eighteen months after the release of their debut album Fires of Life, Chicago’s Starkill have come roaring back with their second album Virus of the Mind, scheduled for release next week by Century Media, and today we’re giving you a chance to hear it from start to finish.

Speaking of starts, the fast-paced orchestral introduction to the album’s first song, “Be Dead or Die”, is about as blood-pumping a start to an album as you’re likely to hear this year. And the adrenaline rush doesn’t let up. Whether the band are ripping like razors or vaulting into the stratosphere with soaring choruses, they keep the energy in the red zone. 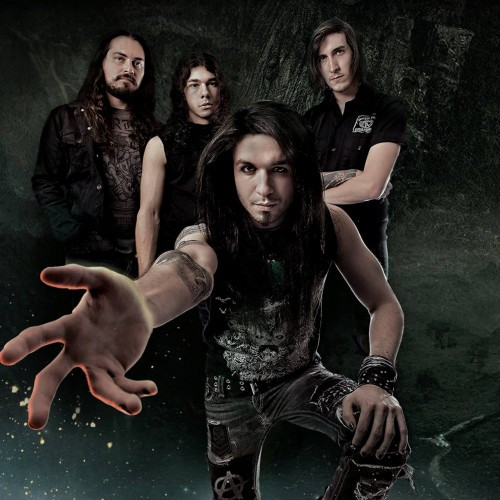 The album is loaded with infectious riffs, fret-burning melodic solos, and blistering drum work, along with swelling orchestral overlays, string-and-piano duets, and the sounds of such things as a harpsichord and erhu. And this time, along with lacerating (but intelligible) growls, the vocals include clean singing that adds another layer to the music’s dynamism — as well as a pronounced black metal influence on “God of This World”.

These gents may be from Chicago, but there’s a lot of Finland in this album: Fans of such bands as Amorphis, Wintersun, Children of Bodom, and Nightwish should all find things to like in Starkill’s brand of guitar-and-keyboard-driven melodic death metal. And fans of classic heavy metal should get some big smiles from the arena-ready guitar harmonies and solos.

In a nutshell, this is a big step up from the band’s debut. Lead guitarist/vocalist/keyboardist Parker Jameson had this to say about the new work:

“Our new album Virus of the Mind is up for streaming in its entirety! Many of these new ideas and sounds are things we have always envisioned for the evolution of our sound, and after honing and perfecting this album for the past year, we are extremely excited and proud to share it with the world.”

Virus of the Mind will be released by Century Media on October 14. It can be pre-ordered here (NorthAm) or here (EU) from CM Distro. Enjoy the full-album stream below.

3 Responses to “AN NCS ALBUM PREMIERE: STARKILL — “VIRUS OF THE MIND””