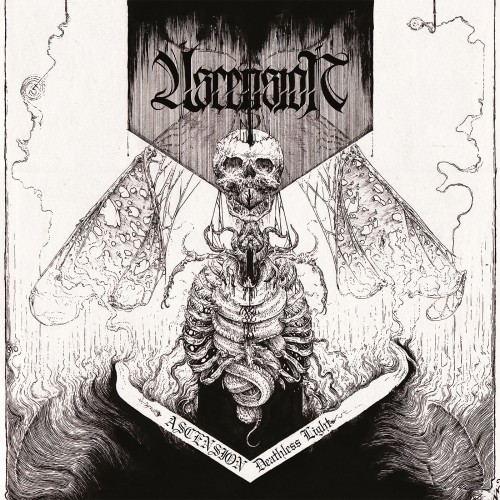 I’ve included in this post reviews of two new short releases that I strongly recommend to lovers of infernal music.

This five-person German black metal band whose members don’t publicize their identities released a 2009 demo (With Burning Tongues), an EP (Fire and Faith) in 2010, and then a full-length album (Consolamentum) later the same year. After the passage of nearly four years, they have now returned with a two-song release named Deathless Light that the World Terror Committee will release on Samhain (October 31).

Of the two songs on this release, both of which are long, the title track will appear on a forthcoming full-length album, while the second — “Garden of Stone” — was recorded exclusively to this release. Both songs are tremendously effective in creating atmospheres that are staggeringly heavy, grim, and often sorrowful — yet they are both charged with energy and passion, and the mainly clear production only magnifies their black power. 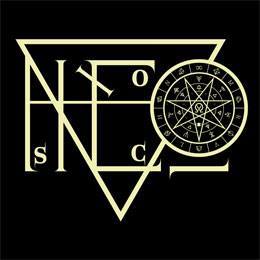 Of the two, “Deathless Light” is the more fast-paced and storming. It begins as a heaving tremolo’d wall of sound and blast-beat percussion segmented with bounding drum somersaults. It’s a cyclone of sound that eventually breaks and slows, transforming into a staggering processional that really amplifies the aura of doom, before again gradually ramping up to a crescendo.

Through it all, riveting melodic guitar leads slowly unwind and ripple, often in contrast with the pace of the sonic storm front. They’re so interestingly constructed and beautifully performed that they seize attention when they slowly surface. Both songs also feature harsh mid-range roars that are ravaging at all times, but even more so when they rise in passion and vehemence.

I wasn’t familiar with Ascension’s music before hearing this release, but Consolamentum is now on my list of things to track down, and the new album is definitely worth watching for.

Deathless Light is set for release on October 31 and will be available on 12“ LP, CD, and digitally. The extremely cool front cover was drawn by David Glomba. At this time, neither of the new songs is streaming publicly, but if and when that changes I’ll update this post. 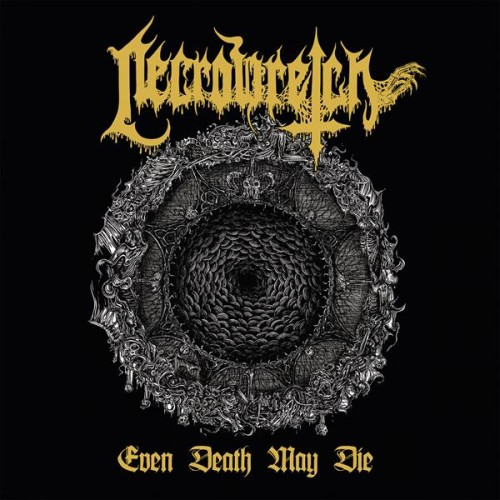 The French band Necrowretch have recorded a two-song EP that Century Media released recently on 7″ vinyl. It includes the title track — “Even Death May Die” — and a cover of “Black Magic” by some band named Slayer. This release precedes a full-length album entitled With Serpents Scourge that’s projected for release by the same label in January 2015.

The band have recruited a new drummer (Ilmar) since the last music I heard from them, and this new EP is yet another strong outing.

“Even Death May Die” is a nasty, thoroughly evil assault of blasting drums and winding barbed-wire riffs, with needling tremolo runs alternating with sharpened-cleaver blows and acetylene soloing. It’s a thrashing black/death rampage, with the horror magnified by ghastly reverberating vocals.

“Black Magic” appeared on Slayer’s 1983 debut album Show No Mercy. Necrowretch’s take on the song is a more storming and blackened version, with an even more malignant aura, thanks in part to some pestilential tremolo leads and those demonic shrieking vocals. It’s one of those covers where the band succeed in putting their own stamp on an original that was damned good to begin with.

This new 7″ can be ordered here. “Even Death May Die” can be heard below.

4 Responses to “SHORT BUT SWEET: ASCENSION AND NECROWRETCH”