I was drawn to the song by the superb painted cover art of Jeff Christensen that you see above, and by two additional Christensen pieces for the album that come next: 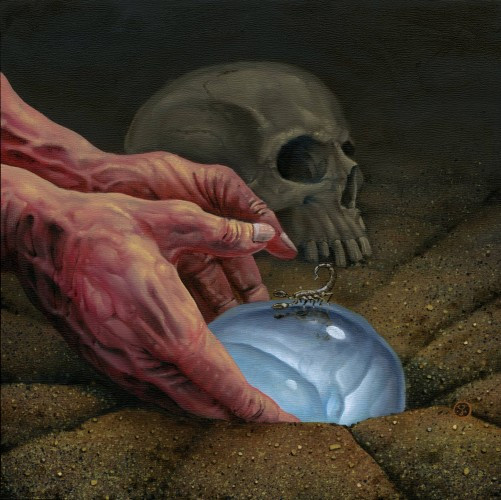 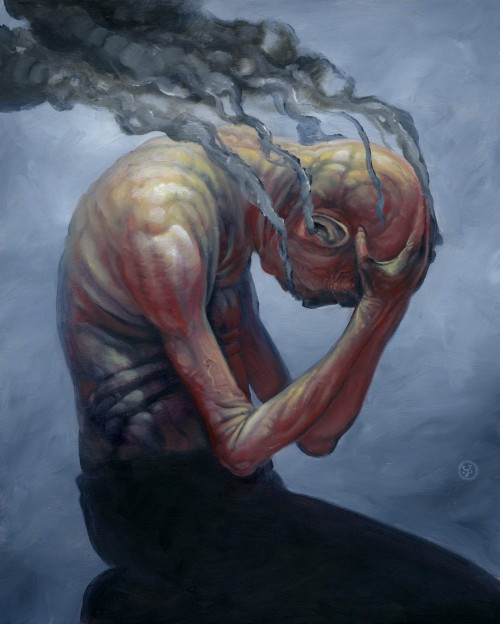 It turns out that the new song is as enticing as the artwork. I was quite taken with the slow, wistful acoustic introduction and probably would have been content to let that lull me into an extended revery — but what comes next is even more transfixing, a shape-shifting cascade of melancholy melody, hailstorm riffs, acrobatic drumming, and impassioned vocal malevolence. Drawing from strands of both death metal and black metal, the music is an engrossing journey across a changing soundscape. Very impressive. 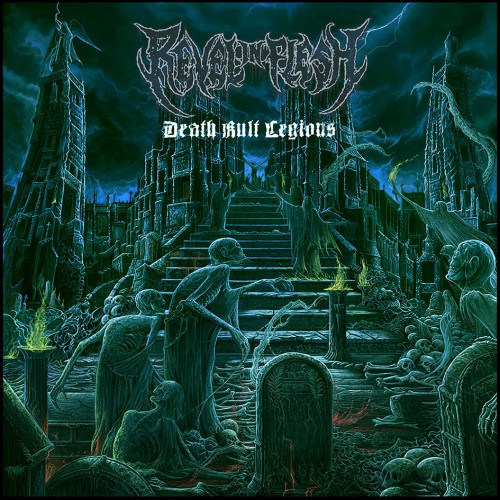 I thoroughly enjoyed this German death metal band’s last album, Manifested Darkness, though I only managed to write about two of its songs. I don’t know if I’ll do a better job for their new third album, but it’s already sounding like another winner.

The new record is appropriately named Death Kult Legions and it’s scheduled for release on December 5 by Cyclone Empire. Yesterday the band released a video for the album’s first preview track, “In the Name of the Flesh”. It’s a deliciously decimating rampage of old school Swedish-style death metal, with bone-grinding riffs that are as catchy as they are pulverizing and emphatically gruesome vocal filth. I’m a sucker for this kind of metal, and Revel In Flesh do it exceptionally well.

Check out the video next; the song can also be streamed at Cyclone Empire’s Bandcamp page, linked below. The album can be ordered on CD or vinyl at this location. 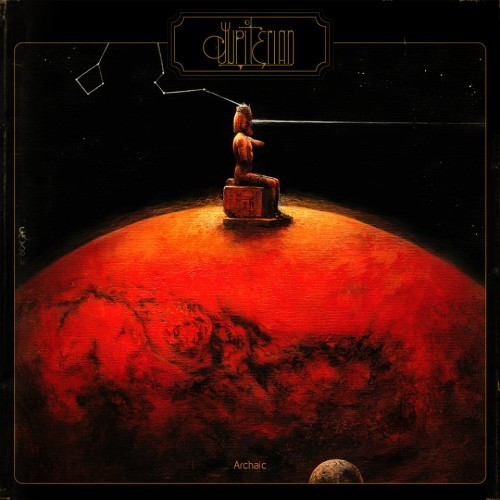 Jupiterian are a relatively new band from Brazil who self-released their debut album Archaic back in July of this year. I heard a couple of tracks from the album around the release date and vowed I would write something about it — and didn’t. One of a long string of promises to myself I’ve broken. But I was given a second chance by the band’s premiere today of a video for one of the album’s tracks — “Procession Towards the Monolith”.

But in truth this is no procession toward a monolith — it is the monolith itself, a massive tower of doom that casts a long shadow.  The staggering, sludgy riffs and bridge-collapsing percussion are the kind that can set your spine to vibrating, with a thoroughly bleak melody that draws you inexorably into its grasp and a vocalist who speaks to you from the abyss.

Check out the trippy video below; it was edited by Escaphandro (Rafael Nascimento). The album is available on Bandcamp. 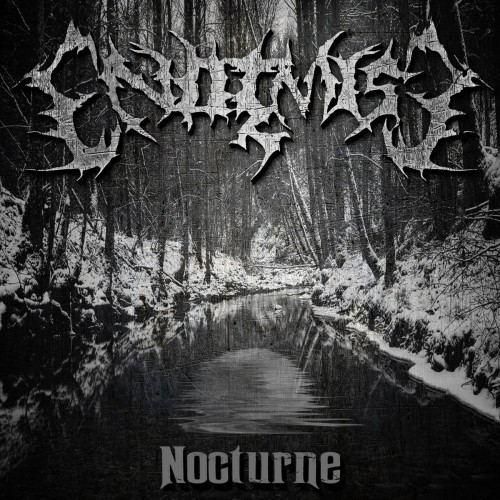 Endemise are from Ottawa, Canada, and wrote us today about a new single they’re recently released, called “Nocturne”.

“Nocturne” is an old term that usually refers to musical compositions that are inspired by, or evocative of, the night, and it’s a fitting title for this sweeping piece of blackened melodic death metal. The music combines orchestral instrumentation, a ground-shaking rhythm section, and riffs that boom and slash. The song has a sombre, majestic air, but one also fraught with menace, due in part to the half-wolf, half-banshee vocals.

“Nocturne” was mixed and mastered by Ken Sorceron (Abigail Williams) and is streaming on both YouTube and Bandcamp; I’ve included both players below. The song is also available for download at Bandcamp, along with the band’s debut album Far From the Light.

14 Responses to “SEEN AND HEARD: UR DRAUGR, REVEL IN FLESH, JUPITERIAN, ENDEMISE”