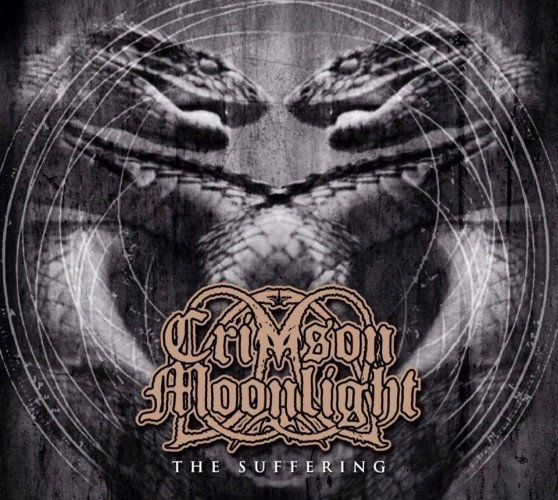 (Guest writer Grant Skelton has discovered a new single by a Swedish band named Crimson Moonlight that he wants you to hear.)

I may have spoken too soon about my list of 2014’s Most Infectious Extreme Metal Songs. I made my list before hearing the new song by Sweden’s Crimson Moonlight. The song is called “The Suffering,” and comes from the band’s new album Divine Darkness (TBA 2015 via Endtime Productions.). This is the band’s first new material since the In The Depths Of Dreams Unconscious EP in 2007. The new album will be the band’s first proper album since 2004’s Veil Of Remembrance.

For those unfamiliar with Crimson Moonlight, they formed in 1997. Along with bands like Extol, Admonish, Antestor, Slechtvalk, and Immortal Souls, they were an integral part of their scene, sometimes referred to as “unblack metal.” This tune might appeal to fans of A Hill To Die Upon, 1349, Dimmu Borgir, Mayhem, or even The Black Dahlia Murder.

“The Suffering” serves as an incendiary introduction for new listeners of the band. Drummer Gurra wastes no time in pelting us with galloping blast beats. Those looking for an element of speed in their metal need look no further. Frontman Pilgrim’s vocals are ripping, raw and vicious.

On the low end, bassists Johan Ylenstrand and Per undergirds the entire song. The bass is audible throughout the mix, and makes the ferocity more complete. Those two also play the guitars and they assail the listener in a dizzying and frenetic torrent of riffing madness. After the song’s climax, a melodic piano outro medicates the listener’s ears.

For me, the atmosphere of the song is palpable. With winter coming, it evokes a frigid desperation upon listening. I don’t always listen to black metal… but when I do, this is what I want.

If you like the song, support the band by purchasing on Amazon or iTunes::

5 Responses to “CRIMSON MOONLIGHT: “THE SUFFERING””