(Andy Synn reviews the new album by Ireland’s Primordial, with a new video from the band at the end.)

If the world were a fairer place, then I have no doubt that Primordial would be one of the biggest metal acts in the world by now. If the world rewarded raw passion and creativity the way it should, they’d be playing arenas and selling albums by the bucket-load, bringing their majestic brand of misery and majesty to all corners of the globe.

But the world isn’t fair. It seems most metalheads prefer to regress towards the lowest-common-denominator wherever possible, and that most popular music fans prefer things served up to them in lightweight, easily digestible chunks.

And that’s just the way things are. Sex sells, and so does simplicity. But it’s not really adding anything real, or particularly meaningful, to the world, is it? It’s been said many times that “pop will eat itself”. Well pop has eaten itself so many times now that all we’re left with is an endless cycle of eat-defecate-eat-regurgitate that’s sapped whatever little value from the music that it originally had.

We continue to consume, unaware that we’re starving ourselves to death.

It’s why I’m thankful for bands like Primordial. Bands who write and perform not for fame and fortune, and not to please some imagined audience, but for themselves, for the message, for the sheer cathartic joy of creation. 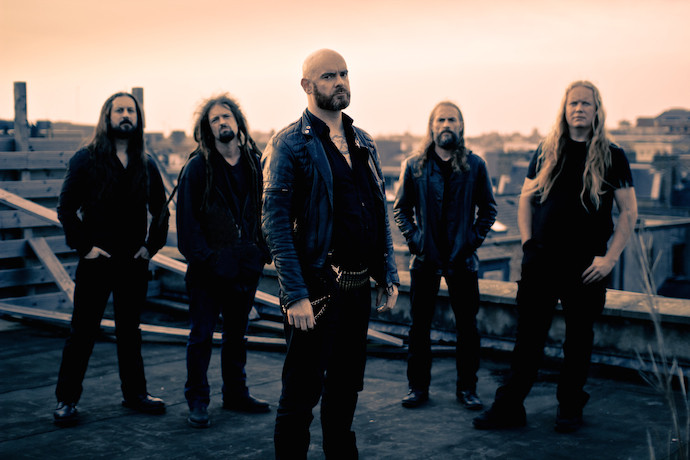 While I’ll admit to being rather underwhelmed by Redemption at the Puritan’s Hand (barring a few tracks it felt to me like the band were rehashing riffs and ideas that they had done before, and better), by contrast Where Greater Men Have Fallen is an almost overwhelming experience, not least because it benefits from what is, to these ears at least, their most bombastic, most dynamic, production yet, one that adds extra weight and heft to the band’s distinctive and compelling brand of metallic magnificence.

Overall a doomier, more sombre affair than its predecessor, Where Greater Men Have Fallen takes greater steps to further develop the band’s signature sound and style – a sound that draws liberally from both Bathory and Black Sabbath in equal measure, yet is far, far more than a mere sum of its parts.

From the opening of the thunderously anthemic title track – vintage Primordial and an undeniable future classic — to the fantastically titled finale of “Wield Lightning to Split the Sun”, with its gorgeous, weeping melodies and wounded, melancholy grandeur, the Irish quintet seem set on proving that you most certainly can teach an old dog new tricks, and that the band’s bite remains just as dangerous as their recognisable bark.

The drumming is almost precociously thrilling, brimming with renewed energy and vitality, Simon O’Laoghaire’s rippling, reverberant fills and booming kicks driving the ominous “Come the Flood” relentlessly forward toward its doom, and investing the wrathful “The Seed of Tyrants” with the sort of blazing, blackened vigour that we’ve not heard from the band in quite a while. 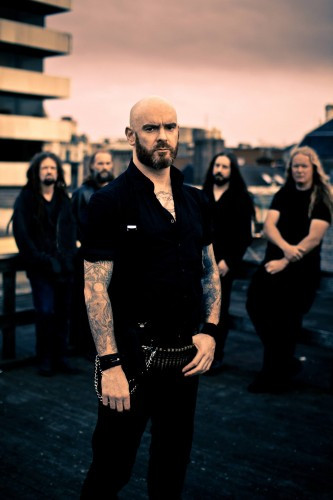 The rest of the band sound similarly reinvigorated as well, with Ciáran MacUiliam, Micheál O’Floinn, and Pól MacAmlaigh all working in perfect harmony to deliver an array of vibrant, visceral, and above-all varied guitar work designed to build upon and expand the band’s legacy and vision.

From the titanic riffage and crackling solo work that laces the second half of the gloom-shrouded “Babel’s Tower” (another absolute stand-out from an album filled with stand-out tracks), to the grim swagger of “Ghosts of the Charnel House”, to the strangled dissonance and neurotic disharmony of “The Alchemist’s Head”, Where Greater Men Have Fallen sees the three men honing their skills and expanding their repertoire without ever losing that immutable core of the band’s identity.

Of course no Primordial review would be complete without praising the phenomenal vocals of frontman Alan Averill, whose instantly recognisable voice and delivery, brimming with unsullied passion and unshakeable conviction, imbues every song with a chiaroscuro of brooding shadows and brilliant highlights. His soaring, portentous delivery captures and captivates like few others, yet also masks layers of subtle depth and hidden meaning, all waiting to be teased out and uncovered by the dedicated listener.

Indeed, Where Greater Men have Fallen might be the album where Averill demonstrates his true versatility to its greatest effect. Whether it’s emoting at his most vulnerable on “Babel’s Tower”, snarling with primal ferocity on “The Alchemist’s Head”, or by stretching his melodic muscles in stunning fashion on the sublime “Born to Night”, the album showcases a man in full command of his voice and confident in his abilities, unafraid to express the full range of human emotion, without reserve or restraint.

Where Greater Men Have Fallen is yet another welcome feather in the band’s cap, another jewel in their well-earned crown, and another step towards establishing their own untouchable legacy. There’s not a song on here that doesn’t thrill and mesmerise in equal measure, mixing sonorous splendour and monumental metallic might into something truly and utterly unforgettable.

It’s an absolute colossus of an album, and one that deserves to see the band raised up to join the pantheon of the true immortals.

Where Greater Men Have Fallen was released yesterday by Metal Blade and is available here. Below you can see and hear Primordial’s new video for “Babel’s Tower” as well as the previously released lyric video for the album’s powerful title track.

7 Responses to “PRIMORDIAL: “WHERE GREATER MEN HAVE FALLEN””