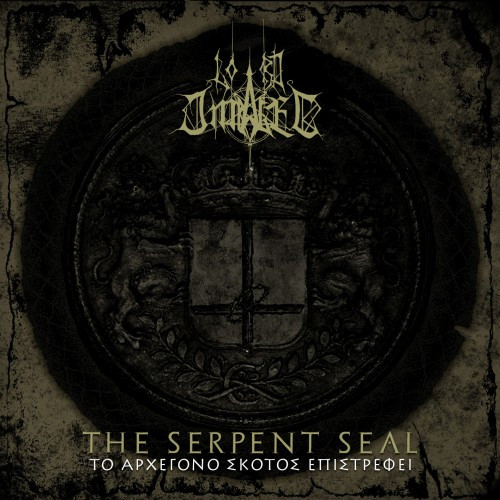 This year the Greek melodic black metal band Lord Impaler are celebrating their 16th year of life. In that long stretch of time they’ve released four demos (the first one in 1999), two split releases, a full-length album, and an EP. I’ve previously reviewed both the album (2011’s Admire the Cosmos Black) and the EP (2013’s Babylon Whore) — both of which are very impressive — but I’ve never heard any of the earlier demo recordings. Now all of us are about to get a taste of them in new form.

On December 7 Lord Impaler will release a special anniversary EP entitled The Serpent Seal – Το Αρχέγονο Σκότοσ Επιςτρέφει, which includes re-recorded versions of four songs from their first three demos, and today we’re premiering one of those tracks: “Final Gates”. 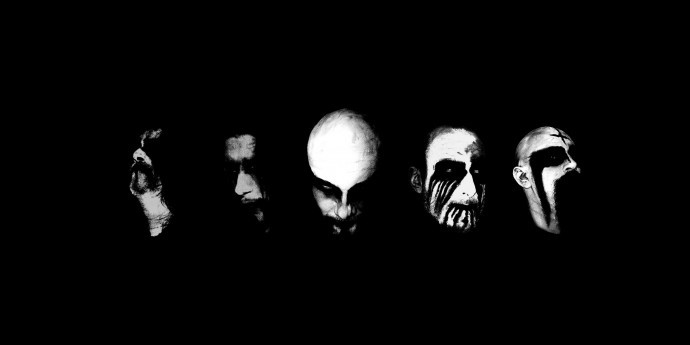 Tragon, the band’s vocalist has explained: “We started this idea as a fun project but in the process we realized a lot of our fans relate to these songs, so we decided to go the extra mile and give them proper hell. It sure has the Lord Impaler quality all over it!”. Bassist Phlegethon added: “I am a huge fan of the demo era of Lord Impaler and participating in this EP was a great opportunity for me to live in it once again.”

Compared to the band’s more multi-faceted later works, these demo songs are somewhat more simple and stripped-down in their approach, but they’re no less appealing, and they manifest the band’s earliest leanings toward the Scandinavian-styled black metal that has tended to set them apart from many of their countrymen of similar vintage in this genre.

The first one, “Dying”, originally appeared on the 1999 Lord Impaler demo. It moves back and forth between a slow rocking rhythm and a storm of blast-beats and hailing riffs, with a dirge-like processional in the middle. The melody is very catchy, and the song is also marked (as they all are) by Tragon’s ravaged, jagged, gravel-throated vocals.

The second song, which we’re premiering today, dates from the Twilight Wander promo in 2001. My favorite track on the EP, “Final Gates” starts hard and fast but soon settles into a slow, stalking pace infused with a bleak, morbid melody. The song continues to move between those passages of slaughtering aggression, filled with sinuous riffs and blistering drum fills, and slower, sombre movements. But the highlight of the song is its memorable, emotionally affecting, epic-strength central melody.

In “Travel Through Abyss”, the band once again create a dynamic between the blazing and the blasting and slower-paced passages. The music’s atmosphere is bleak and bereft, yet also impassioned, with a rippling tremolo melody that strikes a strong chord.

Though the final track shares the same name as the band’s sole full-length, “Admire the Cosmos Black” is actually a song from their 2005 demo release. It explodes right from the beginning with rapid-fire percussion and heaving waves of tremolo’d riffage. Also dark and doomed in its atmospherics, the song abruptly slows and then begins to swell in volume, its melody becoming magisterial. If I have any complaint about this EP, it’s my wish that this song were longer — it seems to end before reaching its full potential, though it’s quite good as it stands.

After the release of this EP the band plan to begin recording their second full-length album, to be titled In Full Regalia. As a way-station before that release and as a revisiting of the band’s early years, The Serpent Seal – Το Αρχέγονο Σκότοσ Επιςτρέφει is a very strong outing in its own right, and one that should provide new listeners with ample reason to explore Lord Impaler’s more recent works.

The Serpent Seal was mixed at Thrawnsonic Labs and mastered at Strype Audio by Tom Kvålsvoll between July and November 2014.  It will initially be released on December 7 as a digital download on Bandcamp, to eventually be followed by a limited CD version.

3 Responses to “AN NCS PREMIERE: LORD IMPALER — “FINAL GATES” (AND A REVIEW OF “THE SERPENT SEAL”)”