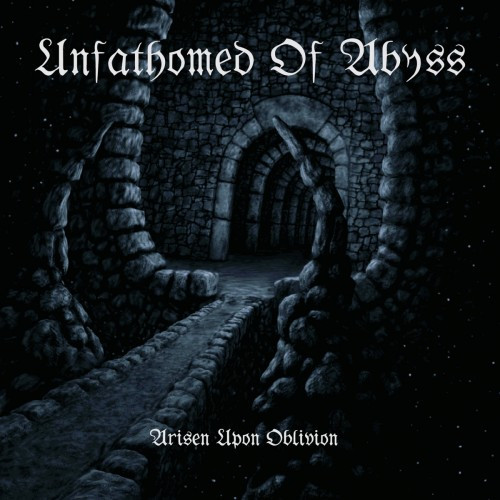 (We welcome Wil Cifer to NCS with this review of the debut album by Unfathomed of Abyss of San Antonio, Texas.)

Like everything else in Texas, Kevin Price thinks big, so he employed Kevin Talley of Dying Fetus / Daath fame to provide the drums. Price forsakes the organic approach taken by the flux of American Black metal bands to weave his own path. This path is filled with discordant geometry and angular atmosphere.

Opening with the 14-minute, piano-inflected “To Unequal the Balance of the Cosmos”, the album has an oddly uncertain beginning. While Kevin Talley is certainly not shabby as a drummer, he is not a black metal drummer and a drummer more versed in the genre would know where to throw in the appropriate blast beats to create the desired sound. Nevertheless, Talley does more than dial it in, adding a few creative accents of his own. 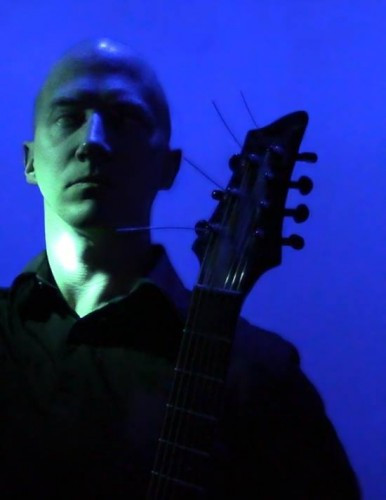 The main element of black metal in this album are the vocals, which lean toward almost Emperor-like growls, with more death-metal-like lows providing a good  counterpoint to the Ihsahn worship of his snarls. The vocals roar against the keyboards that moan their way to the forefront. At times this make the synths seem as if they are ghosts trying to find their way through purgatory. The darker, doomy passages tend to be some of the stronger moments. The angular dissonance pervading the album sits best in the mix when allowed to melt into the almost free-form jazz-sections of chaos.

The placements of the guitar and drums seem to shift over the course of the album, with synths and guitars in the spotlight most often. The distant drums are a unique production choice, perhaps because they were recorded at Talley’s Florida Studio and transmitted over the ether. This is becoming a more common practice for session drummers, as it saves on travel expenses, allowing them to bang out a few of these sort of things in the course of a Monday afternoon. People aren’t buying records, so you gotta do something to pay the bills. Perhaps it’s the compression crammed onto them in the transfer that created this distant element.

There is a lesson to be learned amongst the current crop of bands who feel the need to write fifteen-minute songs, i.e., that the shorter and sweeter the song, the heavier they tend to come across. This is evident in the compact atmospheric death metal vibe to “Within the Glory of Other Lights”. If you get hung up on your sub-genres then you might want to skip this one, as it will leave you wracking your brain to decide if this is really black metal. It’s dark and dissonant, and when the vocals reach up into their more venomous register, they come across as more black metal than death metal. The key elements such as tremolo picking and blast beats are only flirted with on songs like “Within the Glory…”  There is an almost Meshuggah-like pounding in the bass, aligning it even further with death metal. Despite whatever genre you can or can’t tag it with, it’s heavy and effective.

The more conventional black metal sound finally emerges from its tomb on “To Nothing”. This is also one of the album’s strongest songs. Here the Emperor comparisons are not unfounded, though this leans closer to Ihsahn’s solo works than, say, Anthems to the Welkin at Dusk.

“Within the Void’ does hit the perfect balance of what this project sets out to do. It sets the more atmospheric elements against an angular tangle of progressive mathematics. Despite all their pageantry and progressive elements, Emperor’s main goal was to grab you by the throat, while this project comes across as being more cerebral in its intentions. It enjoys over-indulging itself in atonal polyrhythmic grandiosity.

If you go into this expecting something along the lines of a more progressive take on Cold World, this will hit the soft spot in your cold black heart just right. The album sometimes finds itself heavier on the atmosphere than the metal, but in doing so it creates a more spectral oppression of its own.

Price gets credit for aiming high. The vocals are well-executed, and in the album’s high points you can hear Price headed in the direction of Ulcerate. Most American black metal bands are more into the catharsis than darkness, while Price finds his release in making more of a sonic Rubix Cube. It defies most genres unless you want to string them all together and call it Atmospheric blackened death metal, with an emphasis on the atmosphere. If that is not already a thing in some small corner of the interwebs it is now. Just prepare yourself for the repeat listens it takes to settle in and properly unsettle you.

2 Responses to “UNFATHOMED OF ABYSS: “ARISEN UPON OBLIVION””