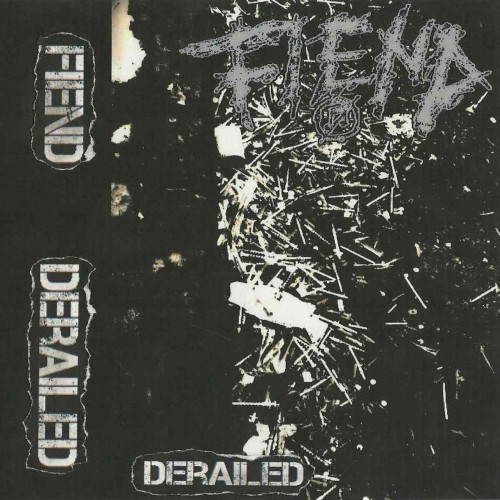 (DGR brings us some ugly ass music for the end of an ugly ass week.)

Allow me to be short and succinct with this opener: Work has kicked my ass these past two weeks and the holiday music is really starting to get to me. Long story short: Here’s two recent discoveries of sonic destruction that I’ve been using to sandblast my brain smooth so as to forget all forty thousand versions of Little Drummer Boy that I have to listen to each night while working on these projects/messes. Both albums are currently name your own price and conveniently enough, came out in October of this year.

When it comes to grind releases, for me it’s a tossup as to whether or not I’ll truly enjoy it. Part of the reason is that there are subsections of grind that feel like the ultimate pick-up-and-play genre — just slam around on your instruments for a while and about five minutes later its guaranteed you’re going to have, well, something.

It’s a double-edged sword, however, because by the same token I’ve found that I do enjoy the almost tactical insertion that comes with it, like the music is a strike operation where you get in/get out and leave a trail of flaming carnage in your wake, and while I’ve found it harder to define, certain bands definitely have “it” — the sort of grimy, whip a room into a swirling mass of fury, fuck you punk rock attitude that can leave things an absolute mess.

Another thing that tends to be a huge staple of this genre is that it multiplies like bacteria in a petri dish. One musician could easily be connected to a million other projects, all dedicated to ugly, short songs that burn up as fast as flash paper. Or, if they’re not involved, they can easily point you to at least a handful of bands that they love. Eventually, if you try to trace it all out, you find yourselves staring at huge, fractalline patterns and you’re lost in the fray from where you started.

It’s why I consider the recommendations of bands I’ve reviewed super-helpful. Often, at the very least, they have more bands that are line with what they’re doing. So when we received a message from San Francisco’s Dakhma, a group I covered earlier in the year, in regards to a group based out of Fresno, California, known as Fiend, we pretty much had to look.

Fiend are a young group — formed in 2012 — and an ugly, ugly band. It makes sense that they named their latest EP Derailed, because if anything, that is exactly what the music sounds like. They’re one of the few bands out there whose EP manages to capture what I suspect their live show is like. A whole spin, of which multiple have already happened over the course of writing the intro to this piece, feels like two guys packed into the corner of a venue just making a smorgasbord of noise before packing it up and getting out of there before anyone has a clue to write down the license plate of the bus that just hit them.

Derailed is made to feel like it was recorded in one take, pretty much every song starting and ending in feedback — the whole experience is designed to be abrasive and terrifying. Most of the grind bands I’ve covered tend to have a vocal range in the high, chaotic form and Fiend aren’t too different in that area of expertise, though they make the low, guttural vocal style the main focus while the highs come in from the background — likely yelled at the top of their lungs.

Naturally, Fiend are at their best at top speed, and all of Derailed is meant to be taken in as one quick blast. The track separation is negligible most of the time, since all of Derailed is a big wind tunnel of noise that you strap yourself into. It is pretty well-recorded though, and it’s mostly easy to make out what each instrument is doing — with the vocals going especially low and feeling like they’re challenging the low tunings for supremacy of the rumble.

There is a pretty good stop-break if you want to think of the song “Nevermind The Nu-Grind” as such, since it’s mostly a hilarious piss-take on just making dumb noises into a microphone before dropping back into the destruction. However, if you’re really strapped for time and you need three quick songs to know what you’re in for, allow me to vouch for the super-impressive drumming on the titular song “Derailed”, as well as the chaos of the song before it, “Horrendous”, and just to top things off, check out the group’s doom epic at one minute and forty-seven seconds on “Suffer In Silence”. 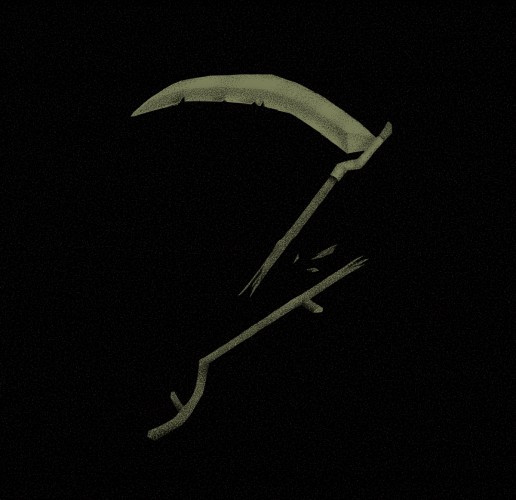 Fvck Mountain, on the other hand, are a group I found entirely on my own. You can probably guess that, at the very least, we had an immediate cocked-eyebrow response to the band’s name. Fvck Mountain are one of the many, many bands from Australia that we have found here at NCS — usually via surfing around Facebook, checking in on other groups and seeing who they are posting about. In this case, Fvck Mountain hail from Brisbane, Australia, and I spotted them while bouncing between the pages for The Fevered and recent label signees Hope Drone.

The group are part of an explosive and burgeoning hardcore and punk scene coming out of Brisbane, with many groups formed around the philosophy of being as chaotic as possible while still paying dues to one particular drumbeat, immediately recognizable from the first song. Fvck Mountain add a variety of different elements into their October release Dead Dogs, including a smidge of grind as well as the ugly groove aspects of metal.

Dead Dogs is the sound of a desperate fury, and Fvck Mountain get their point across early on, name and everything. When you have a song like “Cashed In/Sold Out” on the album, it becomes pretty clear that Fvck Mountain are taking a “Fuck Everything” approach to life — and not in the fun way that could get them arrested for public indecency with a stop sign. Every song, like those of Fiend above, is all about cathartic release.

Dead Dogs is pyrotechnic, like a fireworks show in which the only firework used is a mortar that sets off everyone’s car alarm. There is nary a moment of peace — even as the band drop into the echo-effect-heavy temptations of the post-suffix genres, as the guys still howl at the top of their lungs before throwing themselves, as well as the song, around the room — the sort of thrashing about that even in a room full of padded walls, the gentlemen would still find some way to cause harm to themselves.

Dead Dogs is one of those albums that takes the hardcore punk aspect and mixes it with the grind-and-destroy aspect of grindcore and metal, and it comes out exactly as it should, a seven-track destructive sonic force — a railgun that could level a whole city that is name your own price.