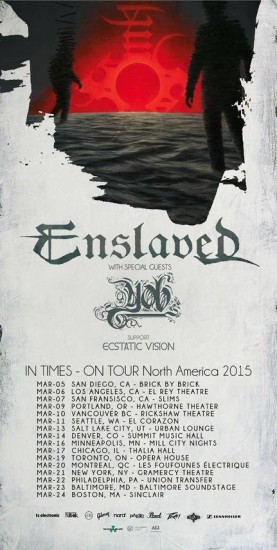 Norway’s Enslaved have been teasing their new album for months, but today brought some especially enticing details — along with the announcement of a month-long North American tour next March, with support from YOB and Ecstatic Vision.

First, the album news: The title of this 13th studio full-length is In Times, it features painted artwork by Truls Espedal, and it will be released on March 6 in Europe and March 10 in North America. The artwork is wonderful, so let’s have a look at it next (click the image to view a larger version): 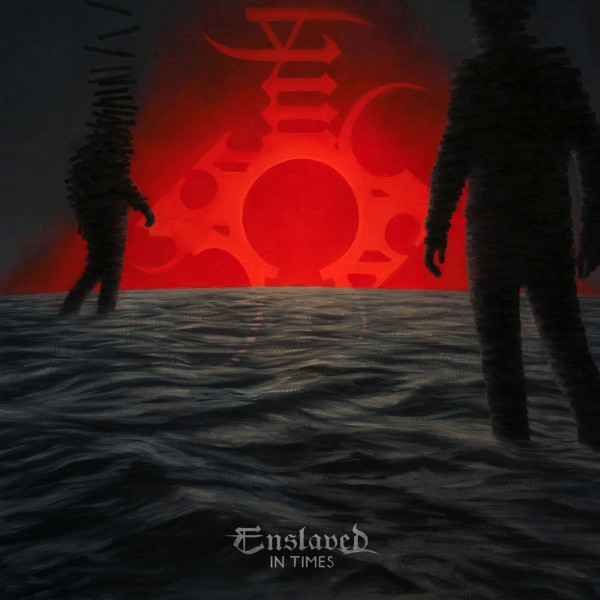 Here also is an excerpt of a statement about the album by Enslaved guitarist and composer Ivar Bjørnson:

“I do think this new album is the most consistent body of work we have so far: It incorporates our ‘blacker’ past with our influences from prog rock, our present sense of absolute freedom, and the joy of being in this band, if that makes any sense… Ha, ha, ha.  It is higher in energy, more aggressive, yet more beautiful and subtle.  It simply sounds inspired.”

The album is 53 minutes long, and this is the track list: 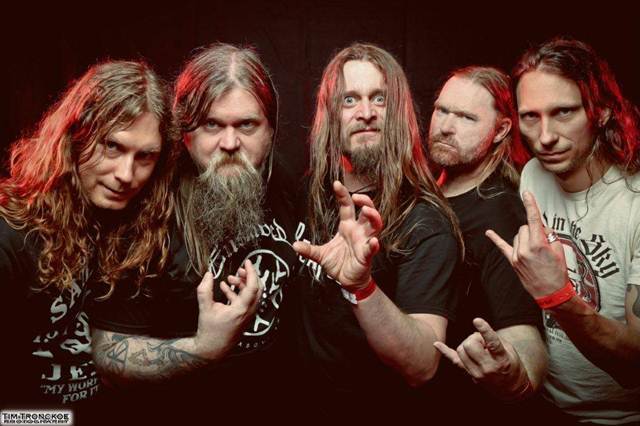 Now, about that tour. You can probably spy the dates and locations from the flyer at the top of this post, but just in case, here’s the schedule (I know you will be happy for me because the tour is coming to Seattle):

5 Responses to “ENSLAVED: NEW ALBUM AND TOUR NEWS — “IN TIMES””