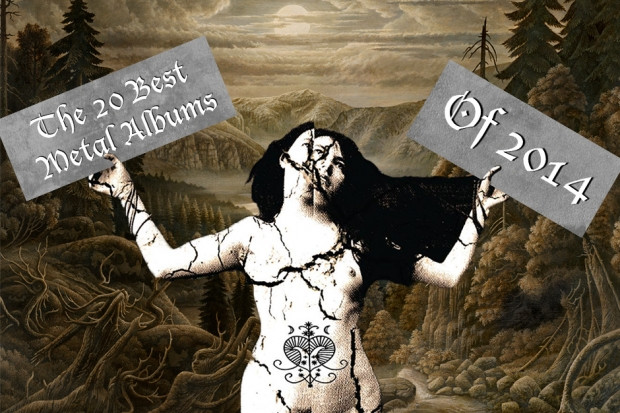 As part of our continuing effort to re-publish “best metal” lists by certain magazines and “big platform” web sites, we’re now bringing you The 20 Best Metal Albums of 2014 as chosen by the staff of SPIN — which used to be a print magazine from 1985 – 2012 but now currently runs as a webzine.

I’m actually just guessing that SPIN qualifies as a “big platform” site, since I haven’t found any statistics about their on-line viewership. They used to have a substantial newsstand presence and they do currently have more than 525,000 likes on Facebook, so I guess that means something.

I also can’t prove beyond a shadow of a doubt that they have a list of metals’s Top 20 albums. I’ve seen a list re-published (here) at the PRP, and I’ve seen Kim Kelly’s introduction to the metal list at Spin.com, (which has spawned some nasty backlash from people who were offended by the use of words such as “racism”, “politics”, and “feminism” in the same sentence as “metal”), but last time I checked, the list itself wasn’t there.

Anyway, though I don’t claim a great deal of familiarity with SPIN’s content, they seem to cover indie rock to a much greater extent than metal. But their Top 20 list of the best metal albums — as re-published by The PRP — is very good, at least by my lights.

Take a look below. Presumably the list will reappear at this location (unless it’s there right now and has succeeded in disguising itself from my web browser):