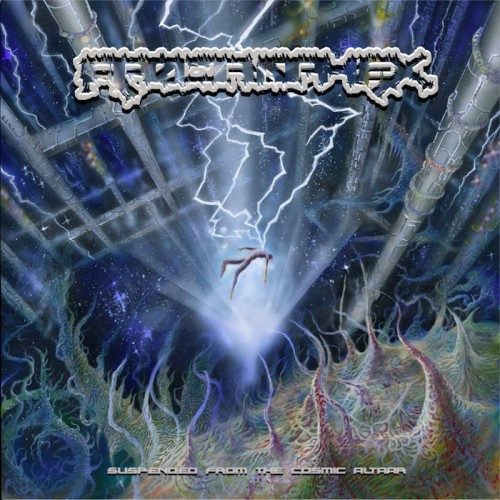 (We bring you the premiere of a new song by New Jersey’s Apocrophex, with an introduction by Austin Weber.)

Earlier this year at NCS, I wrote about a two-man technical death metal group called Apocrophex. They are a new band, having just released their first material in February of this year, a two-song EP entitled Wheels Within Wheels that I discussed in that earlier post. Hot off the heels of that introduction to their world, they are giving NCS the opportunity to showcase a tantalizing new song, “The Grey”, as a teaser to their upcoming debut full-length, Suspended From The Cosmic Altaar (featuring cover art by Raul Gonzalez).

While they only have two members, with Justin Buell handling the guitar, bass, and drum programming and Pete Colucci providing the vocals, their music really does sound like the expansive and multi-faceted work of a full band, which is a testament to both their skill and their songwriting craft. I was already hooked on them from their first EP, but figured they still had untapped potential that would keep us interested in what their future might hold. Well, “The Grey” shows them tapping into that potential. 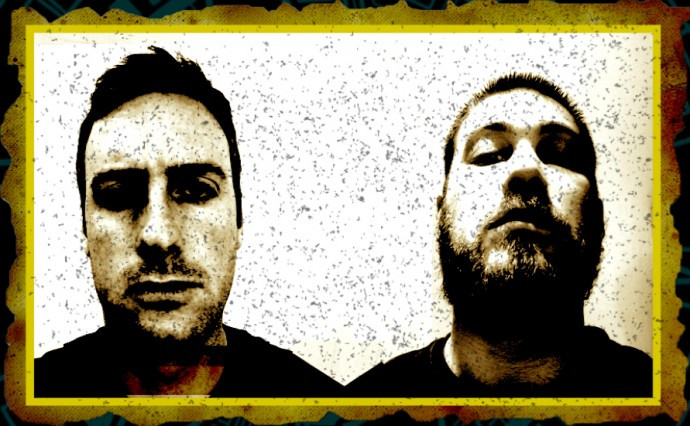 It’s a noticeable evolution from the already stellar foundation they established on Wheels Within Wheels. It takes their sound further into its own territory, sort of like if the extravagant, melodically inclined leads within Obscura’s music collided with the ferocious, barreling nature of a band such as Beneath The Massacre, albeit eschewing the latter’s love for breakdowns. The end result is nothing short of terrifying, yet somehow hauntingly catchy in spite of its bludgeoning nature.

As far as technical death metal goes, “The Grey” falls on the bursting-at-the-seams, utterly frenetic side of the genre. Yet in spite of its balls-to-the-walls intensity and instrumental overload, the band wisely throw in several groovy and sometimes blackened segments that, while brief, serve as both a welcome respite and an addition of tension to the otherwise ruthlessly full-speed-ahead beatdown — which will hit you like a swarm of lasers and consume you like a goddamn black hole. The aforementioned melodic licks also add balance and some nice hooks to grab onto while the onslaught flies past at a dizzying, disorienting pace.

Suspended From The Cosmic Altaar comes out March 10, 2015, through Manicidic Records. Keep an eye on these guys — this record is sure to be a monstrous and highly combustible compilation of hate and frenzied talent.

2 Responses to “AN NCS PREMIERE: APOCROPHEX — “THE GREY””