Welcome to Part 2 of our list of 2014′s Most Infectious Extreme Metal Songs. For more details about what this list is all about and how it was compiled, read the introductory post via this link. For the other songs we’ve previously named to the list, go here. Today we add two more songs.

There was really never any doubt that one of the songs from The Killing Gods would appear on this list — “Fucking flawless” was the way TheMadIsraeli summed up his review of the album for our site. The hard part was deciding which song.

“The Harrowing” received support from some of our readers as well as my comrade DGR, who prized the song’s speed as well as the awesome solo in the middle of the track. But after repeatedly bouncing back and forth between that song and the one I ultimately chose, I’m going with “Conjuring the Cull”. I’ll just repeat here what I excitedly exclaimed upon first hearing the song:

Goddamn, motherfucker, those opening riffs are headbang dynamite! Fuckin’ snare tone! Such a grisly serpentine lead guitar! So infectious! So evil! Such beef! Such slithery soloing! Why are my pants wet? 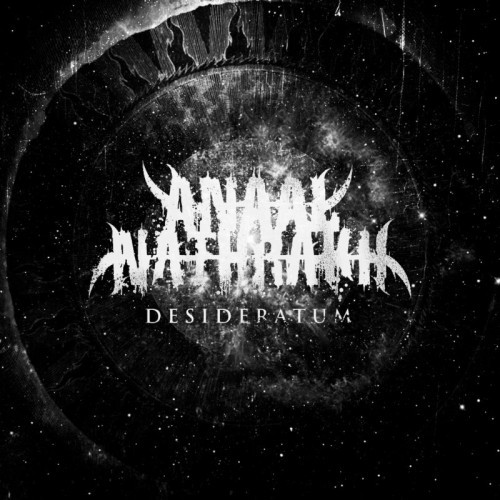 DGR had some nice turns of phrase in his NCS review of Anaal Nathrakh’s latest album. Such as this one:

Desideratum could be portrayed as Nathrakh’s most accessible record yet, and the band here a friendlier and more approachable version than how they have appeared before. Of course, we must keep in mind that “approachable” is a relative term that must be taken with a grain of salt the size of a cruise liner, and that AN are “friendly” in the same way that someone might warn you before they punch you in the face when you’re tied to a chair with a mouth full of broken glass.

Desideratum, like every Nathrakh album before it and especially like its predecessor Vanitas, is a destructive force that moves by so quickly that it’s like the wall of fire from the alien attack in Independence Day, sweeping up cars and buildings like dust bunnies and lint and throwing them clear across the city. It’s not exactly a “step forward” in terms of sound for the band, as it’s still relatively within their comfort zone, but the willingness to distort and destroy on this disc makes it feel more like “grab by the neck and pull to the right.

As in the case of The Killing Gods, there was never any doubt that a song from Desideratum was going to be on this list. The harder question, again, was which one. I was all set to go with the title track, but DGR made a strong case for “The Joystream”. I gave that song some more spins, and it really is a great song, and a worthy candidate for this list. But I still think the title track is the most infectious of the bunch, as well as the best song on a very strong album. So, with apologies to DGR, “Desideratum” it is:

16 Responses to “OUR LIST OF 2014’S MOST INFECTIOUS EXTREME METAL SONGS: PART 2”