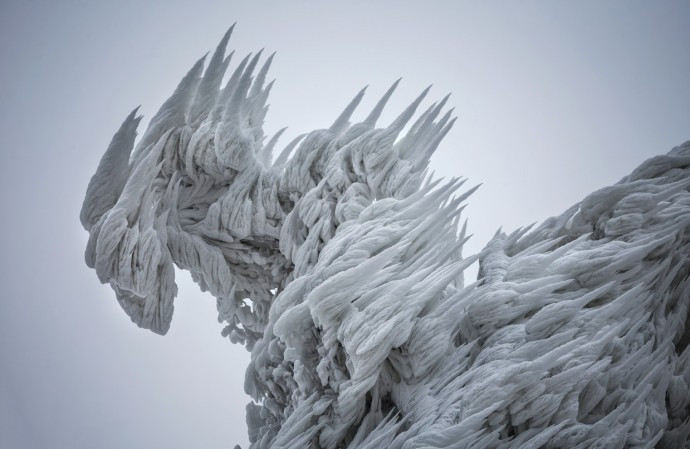 Welcome to a new edition of THAT’S METAL!, the first one of 2015. I’m kind of proud of myself since I only let three weeks go by since the last edition, instead of seven or eight weeks. I have to applaud myself when I can, because it will probably be March before I get the next one done.

As always, the focus of this series is on images, videos, and news items that I think are metal, even though they’re not metal music. I have nine items for you today.

Mount Javornik is part of a mountain range in eastern Slovenia and the location of a popular ski center. High up on the mountain, high winds and freezing fog encase trees and lookout towers in thick layers of ice, creating alien spiked sculptures.

Photographer Marko Korosec hiked up the mountain on December 9, 2014, and took a series of photos of these jagged shapes — which definitely seem metal to me. One photo is at the top of this post, and a few more follow. To see more of his weather photography and additional images from this shoot, go to his 500px page.

(via Old Man Windbreaker and thisiscolossal.com) 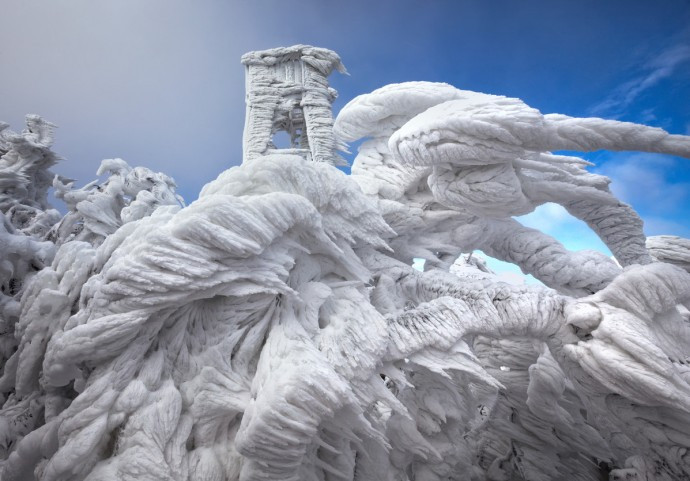 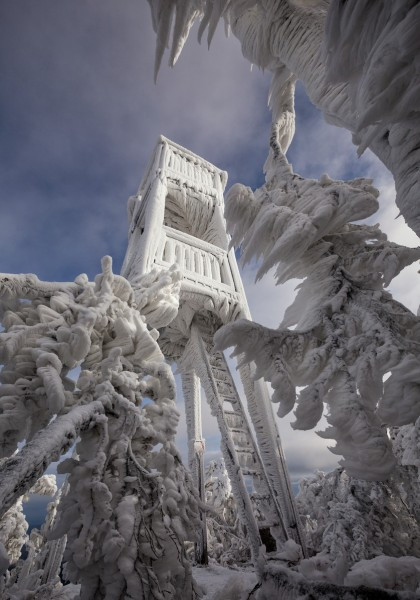 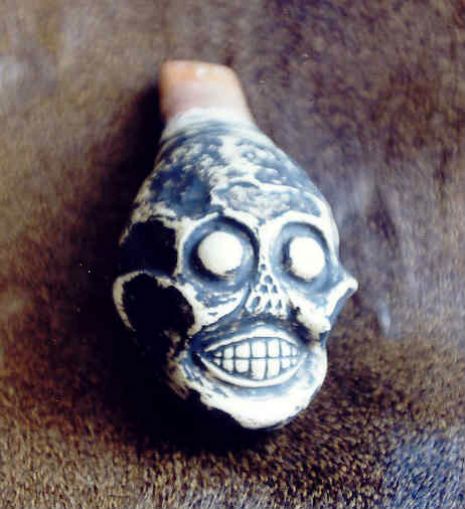 Up there, that’s a photo of an Aztec death whistle. Even the name sounds metal, but the sound itself is downright horrifying, appropriately described as “the scream of a thousand corpses”.

“Archaeologists and historians still aren’t exactly sure what the Aztec whistles were specifically used for. Some suggest the terrifying sound the whistles make were used as a weapon of psychological warfare to scare the shit out of their enemies. Imagine hundreds of these whistles going off at the same time. Horrifying, right? Others suggest these whistles were used as a sendoff to the dead during burial ceremonies or perhaps for human sacrifices.”

Here’s a video of what just one of the whistles sounds like. The note accompanying the video says that the sound of a horse stampede was added at the end of the clip to recreate the sound of charging feet. Nice touch.

(via Austin Weber and dangerousminds.net) 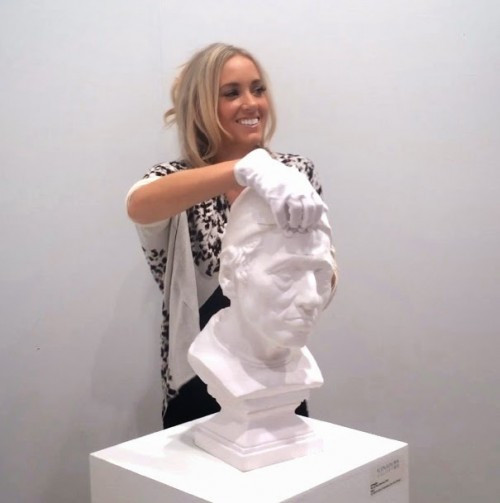 Li Hongbo is a Chinese sculptor based in Beijing. The white busts he creates look like they were molded in solid plaster. But when you see them being pulled and stretched into bizarre, amorphous forms, only to retake their original shape, you realize that something strange is going on. Go ahead, click on the instagram gif at this link and see what that hot lady up there does to that head.  I’ll wait for you.

Even when you see what happens, it’s still tough to guess the secret, right? So I’m just going to tell you: Li carves his sculptures out of blocks of paper. Each block consists of 500 sheets glued together using stencils, and each bust is sculpted from roughly ten blocks stacked together. Each bust expands like a concertina, and the effect is unsettling, to say the least. The following video includes scenes from an exhibition of Li’s works called “Tools of Study” at the Klein Sun gallery in New York. 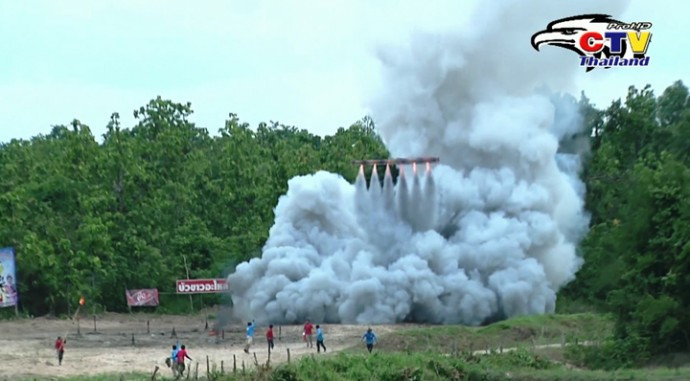 Since New Year’s Eve was just a few nights ago, I thought we should have some fireworks. They know how to do fireworks in Thailand. The ethnic Lao people in Isan and Laos put on rocket festivals near the beginning of the rainy season each year, and they really don’t hold anything back. The spiraling sky rockets are the most fun to see, even when they fail and go careening through fleeing crowds of screaming people.

I’ve seen videos from the rocket festivals before (I think I may have used one at some point in a previous edition of THAT’S METAL!), but I found a new one yesterday that was uploaded to YouTube a couple days before Christmas, and it’s the best one I’ve seen yet. Competing rockets are judged according to height, distance, and the beauty of the vapor trail. This one must have scored very high. Definitely metal, even without screaming crowds of fleeing people. 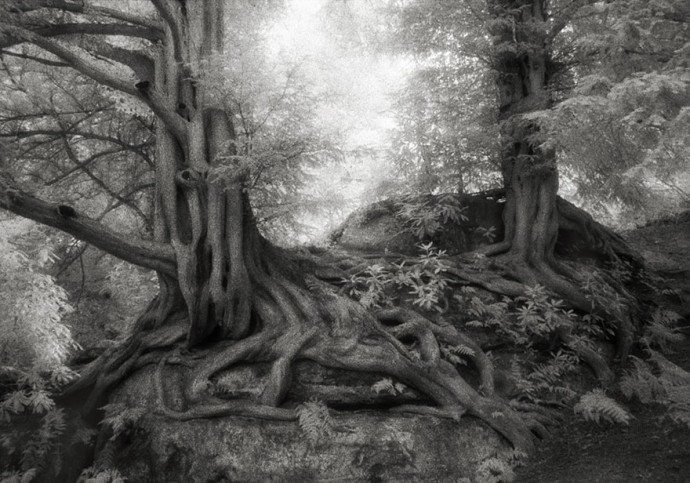 Okay, it’s time for something from the natural world, as opposed to the world of explosives. Usually in these THAT’S METAL! posts, “natural world” means something grotesque, brutal, and/or disgusting, because metal, you know? But this time the subject is… trees.

Have you ever wondered how trees transport water from the ground into their uppermost reaches? No, I never wondered that either. But the dude who makes the (almost always awesome) videos for the Veritasium YouTube channel had that question and took it seriously enough that he decided to learn the answer.  And the answer is fascinating.

I mean, not that I understand all of the answer, but the part I do understand is fascinating.

“Trees create immense negative pressures of 10’s of atmospheres by evaporating water from nanoscale pores, sucking water up 100m in a state where it should be boiling but can’t because the perfect xylem tubes contain no air bubbles, just so that most of it can evaporate in the process of absorbing a couple molecules of carbon dioxide.”

That was the Cliff Notes version. Here’s the whole thing. I’ll never think of trees the same way again.

(yes, lifted from TYWKIWDBI once again) 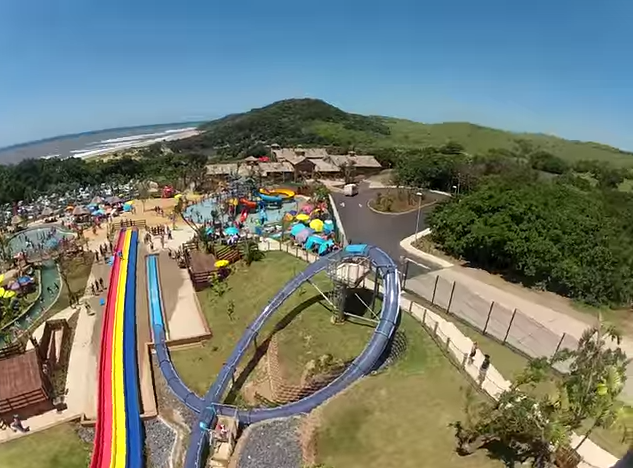 Well, I think we’ve had enough of the miracles of the natural world for one post, don’t you agree? Let’s turn to a completely meaningless form of man-made frivolity. Yes, I’m talking about the Aqua-Loop Water Slide at the Wild Coast Sun resort in South Africa.

Just watching this video puts my stomach up in my throat, but I would totally do this if I lived close to this resort.

Actually, I wouldn’t do this if I were being threatened with sharp knives pointed at both my kidneys. But as water-assisted forms of meaningless adreneline-fueled entertainment go, I do think it’s pretty metal.

Speaking of sharp knives, did you know that you can’t actually see the cutting edge of a sharp knife? You may think you can, but you can’t. That red blood cell up there is bigger than the edge of the knife it’s sitting on, and you can’t see a red blood cell with the naked eye either.

Okay, don’t take my word for it. Listen to Nikola Slavkovic:

(Thanks to Old Man Windbreaker for the tip on this one — pun intended.) 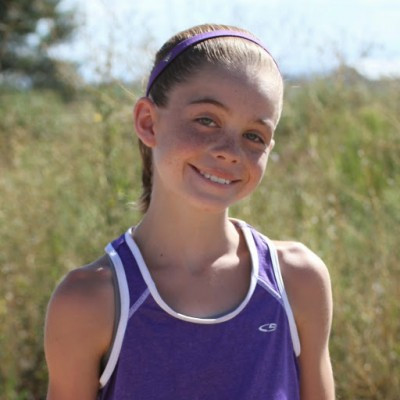 There’s some music in this next video, but it’s not metal music. I can live with the music, because it enables 11-year-old Adilyn Malcolm to do something amazing, especially for an 11-year-old. The fact that she can do this is impressive enough to call it metal.

(More videos of her dancing are available here.) 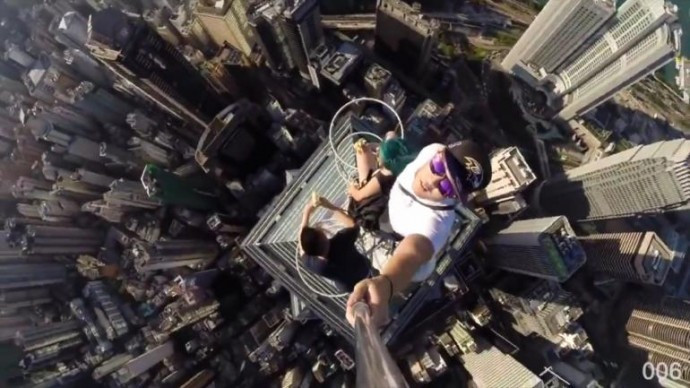 Since we just witnessed the end of another year, it seems right to end this first THAT’S METAL! of the new year with a compilation of video clips from 2014 made by Luc Bergeron. There are excerpts from 233 memorable videos in this pulse-pounding six-minute montage (they’re all listed here), and the resulting compilation is a kick to watch. What did we do before the invention of the Go Pro camera?

The resolution is good enough that it’s worth watching this in full-screen mode.

(via TYWKIWDBI, one more time)