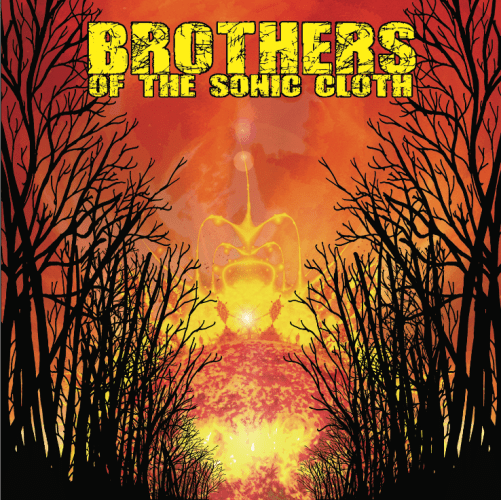 Although there’s an internet connection on board, it’s not good enough for me to hear music streams or watch videos. So, I’ve picked all but one of the music streams in this round-up based on educated guesses that they will be good. Maybe you’ll leave a comment and let me know if I guessed right. Presented in alphabetical order:

(As you can see, I can pack a lot more into these round-ups if I don’t take the time to listen to the music (or CAN’T LISTEN) and try to describe it.) 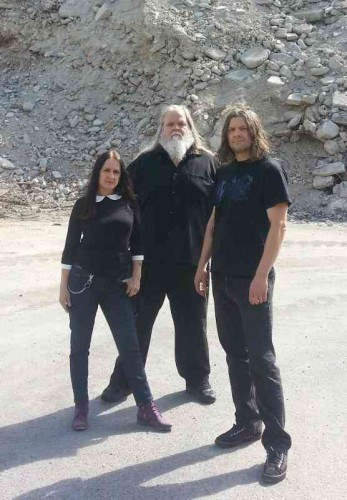 I’m really, really stoked about this first piece of news. It concerns a Pacific Northwest band named Brothers of the Sonic Cloth, whose members consist of guitarist/vocalist Tad Doyle — formerly of TAD and Hog Molly and a participant in Lumbar’s incredible 2013 album — veteran bassist Peggy Doyle, and drummer Dave French (The Anunnaki).

The news is that Neurot Recordings will be releasing the band’s self-titled debut album on February 15. It was recorded at Robert Lang Studios and Tad Doyle’s own Witch Ape Studio in Seattle, and it was mixed by Billy Anderson (Sleep, High On Fire, Melvins, etc.). I’m expecting something stupendously heavy.

Yesterday the band released a trailer for the album which Leperkahn brought to my attention (thanks dude!). Here it is: 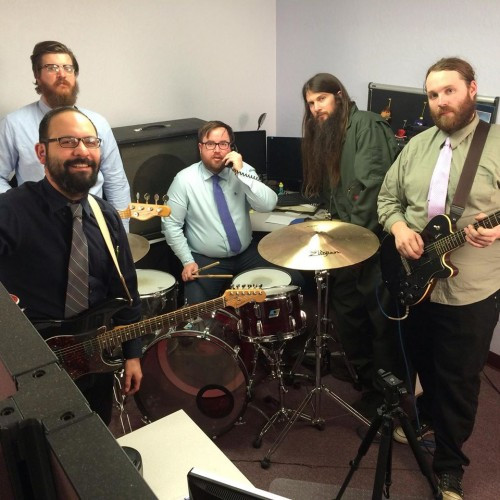 Cold Blue Mountain are from Chico, California. Their latest album is entitled Old Blood and was released by Halo of Flies last October. A couple of days ago they released a video for a song named “White North”, which is described as a “short documentary of an ordinary day in our corporate work lives”. It was filmed by Michelle Camy.

I don’t know what the song sounds like, and I can’t watch the video (see above). I’m including it here because my comrade Leperkahn told me I should. 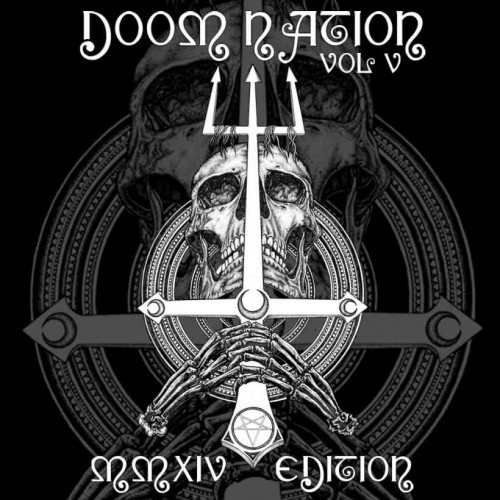 I somehow overlooked the fact that last month CVLT Nation released their last “Doom Nation” mixtape of 2014. It includes tracks from some of their favorite doom releases of the year as well as music from eight unsigned bands they’re high on. It’s a free digital download, and there are some stellar bands on the list.

The compilation includes 19 tracks and almost 2 1/2 hours of heavy music. Check out the track list below, and if it interests you (as it should), go here to stream and download the music: 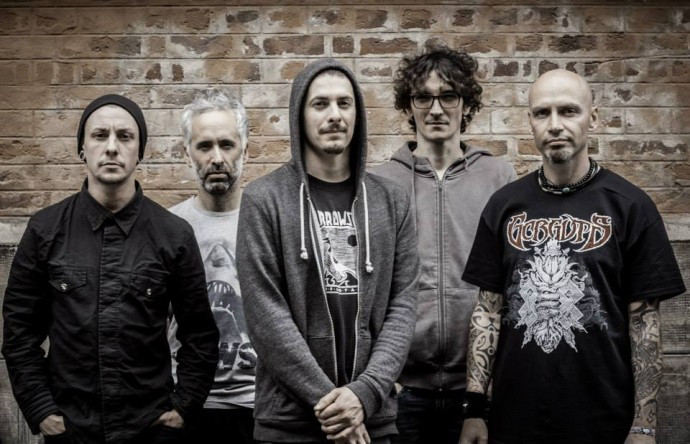 That most excellent French band Eryn Non Dae., whose music I’ve been writing about for years at this site, have recently released a live video, filmed by Casse Ta Télé Team, of the band performing “Hidden Lotus” and “Ignitus” in Toulouse, France, when the band opened for Gorguts and Misery Index a few months ago.

As explained above, I’m unable to watch or listen to this, but I’m guessing it will be good — because it’s Eryn Non Dae., and because it appears that some pros did the filming.

I first wrote about Iceland’s Misþyrming last August, when two songs from their debut album Söngvar elds go óreiðu were then publicly available for listening. Those songs are scorching and eerie and thoroughly awesome. I now see that at some point between August and today, a third song has appeared on Misþyrming‘s Bandcamp page for the album. Can’t wait to hear it — but you can hear it right now:

Earlier today Non Serviam Records announced that they’ve just signed a deal with a “Polish blackened death metal band” named Neolith. Their new album Izi.Im.Kurnu-Ki. will be released by Non Serviam on March 2 of this year. Pre-orders are being accepted at this location.

Non Serviam says that a full song will be online soon. In the meantime, the following teaser has been made available. I’m guessing that it’s worth hearing based on the magic words “Polish blackened death metal” — and because this label has produced some very good releases in past years. 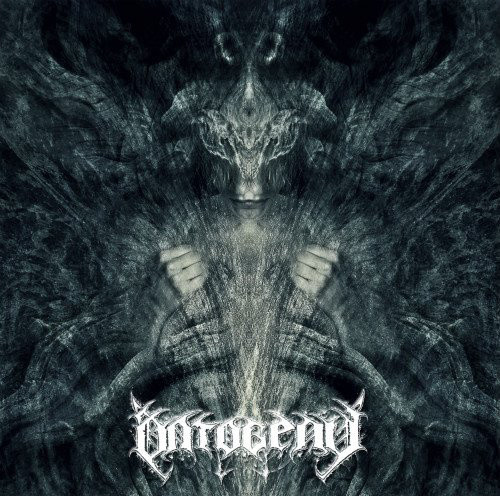 Last year we wrote on three separate occasions about the San Francisco band Ontogeny — basically, each time they released an advance track from their new album Hymns of Ahriman, we covered it — because the music has been really good.

Well, it seems that the album has just recently become available for streaming in full on Bandcamp. And that means I can embed it right here for your listening pleasure. The band have also announced that the album will finally be released on January 30 — and it can be pre-ordered at this location. 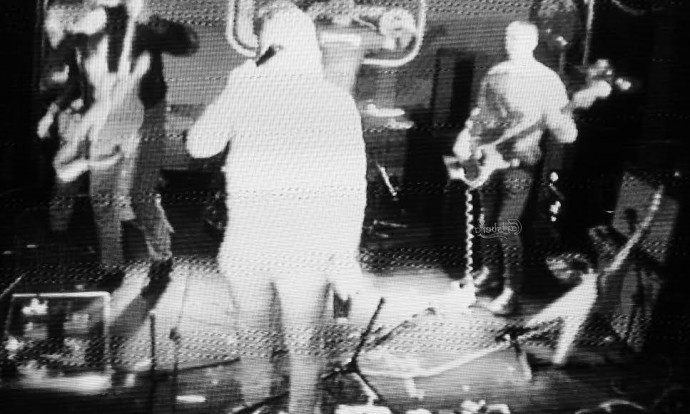 I’m ending this collection with a song that’s off our usual beaten path — and it’s the only music in this post that I’ve actually heard, because I listened to it last night. It’s the kind of music I almost never come across any more, because I’m not looking for it. I found this song solely because it happened to start streaming on Soundcloud right after another track I was listening to. And it hooked me.

The band is a Finnish group named Teksti-TV 666, and beyond that I know nothing about them. The name of the song is “Piritorilta Taivaaseen”. The first word defeated Google Translate; the second one seems to mean “heaven”.

The music is part punk and part post-punk. It’s a classic build, starting with strummed guitar chords and then layering in a thumping bass line, a driving drum rhythm, and reverberating lead guitar notes. About a third of the way through, it accelerates into a hard-rocking jam with a howling guitar melody that put a jolt of electricity right into my brain stem.

And it continues to build — vocals do eventually emerge, and the song becomes even more raucous and accelerated. A hell of a punk riff  comes in during the song’s final segment along with another strafing guitar melody. Give it a chance.