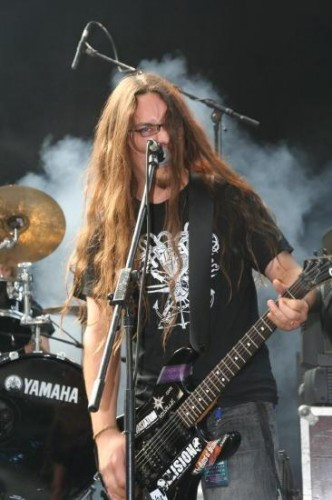 (Our Russian contributor Comrade Aleks returns with another interview.  This time he talks with Sami Rautio of the band My Shameful, whose sixth album Hollow was released last fall by Moscow Funeral League Records.)

My Shameful is a pretty extreme death doom / funeral product of bitter and hateful inspirations from the daily life of its mastermind Sami Rautio. Its line-up has changed through the time, but mostly My Shameful works as a trio with Sami (vocals, guitars, keyboards) at the helm, Jürgen Frohling on drums, and Twist as the bass-guitarist.

The band’s followers got a full-length album Penance in 2013 after five years of silence; but Sami and the crew didn’t want to waste their time and they returned with the next record Hollow in 2014, and soon after that My Shameful took part in the split-album The Symmetry of Grief with Russian band Who Dies In Siberian Slush. Is it too much? That’s a good question, and I needed to ask Sami himself to know the answer. 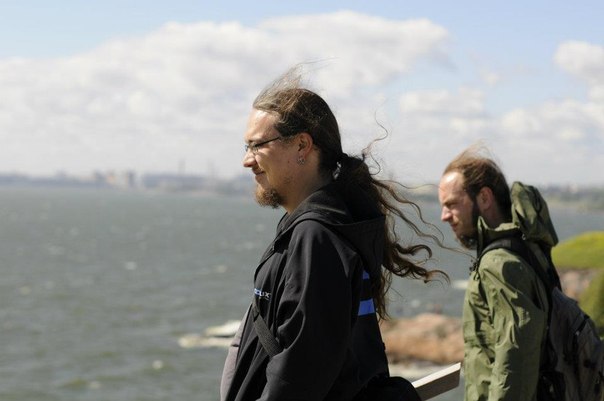 Hail Sami! My Shameful have released two records in 2014 – a full-length album “Hollow” and a split-CD “The Symmetry of Grief” with Russian death doom band Who Dies In Siberian Slush. What do you feel having these two records on your hands? Relief? Joy?

It´s a sort of relief to have a long journey come to an end.

What is your main leading motive in My Shameful? How do you recognize that feeling which drives you to compose new doom stuff?

I don´t really know, I just get an urge to grab the guitar and lay down some music. Usually it ends up sounding like My Shameful. The music just flows out of me like that, I can´t help it.

How do you see the different My Shameful works? Are they kind of compilations of songs or is each album a story of certain period of your life?

There´s a bit of me on each album, more on the latest ones perhaps. I grow old, I grow bitter, more hateful. But, they are not concept albums as such even though they all share the same leading themes.

Sami, you did record the “Penance” album in 2013 only with Jürgen Frohling? The new album “Hollow” (2014) was recorded with Twist on bass again. Did he take a break for a few years? Is there any important difference when you record music with different line-ups?

Twist was just too busy with his main band Wild Zombie Blast Guide at the time. But I´m glad he was able to do Hollow! 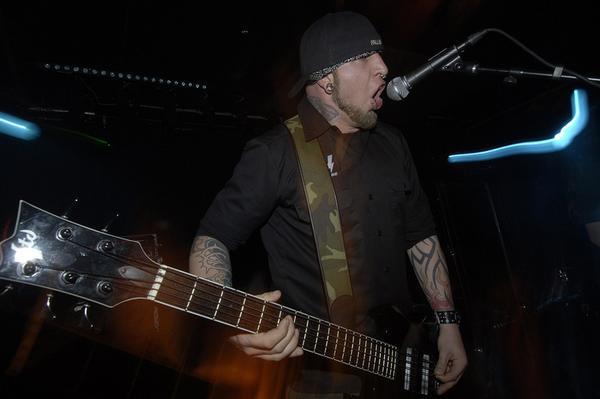 Is it important for you to have a constant line-up and work in a collective?

Yes. I rely heavily on Jürgen, I give him a lot of freedom with the drum arrangements because I know I can trust him after years of knowing the guy. If I would have a different drummer on each album, that would not be the case. Of course it would be nice if we could actually have rehearsals as a band, but alas, that is not possible right now. 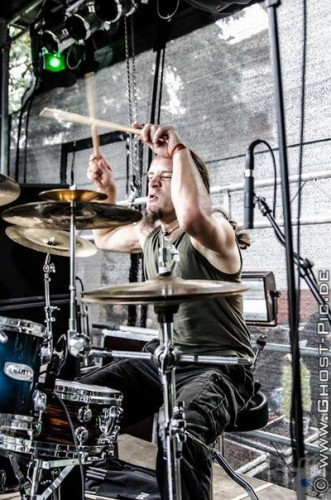 There was a five years’ long break between the releases of “Descend” (2008) and “Penance”. What were your reasons for that hiatus?

Well, I moved back to Finland in 2007, and it got really hard to keep the band together with the distance. And at the time I really dived into my work and got a bit lost, strayed away from music for a while. But, then I felt the old urge to create something and here we are.

Do you see your personal evolution through the prism of My Shameful? How do you see yourself through “Hollow”?

Like I said, there´s a bit of me on each album, and on Hollow, you can really see a reflection of my personality, angry, bitter, but there´s still a touch of beauty, there´s regret, and sadness.

My Shameful — Murdered Them All

Have your songs changed technically from “Penance” to “Hollow”?

Not dramatically. Maybe on Hollow there is a hint more of old My Shameful with the double guitar melodies and such, but otherwise these two albums are stylistically very similar; they were after all made within a short period of time. I see Hollow as a logical continuation from Penance.

And do you feel that there’s still some space to grow for you as a musician? Do you think about stepping beyond the borders of death doom / funeral?

Well, there is evidently a lot of black metal influences in our music, especially with the last two efforts. I try not to focus on any genre-“rules” when making music, it has to come out as it is. 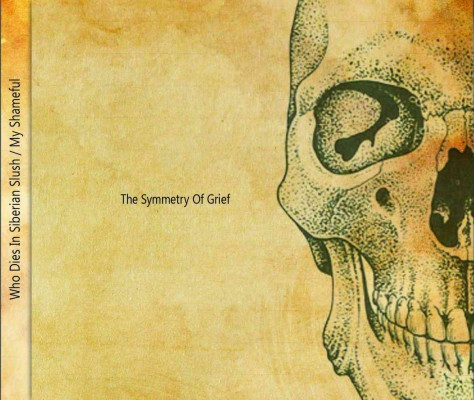 Did you record the two new songs for the split with Who Dies In Siberian Slush separately or are they a part of “Hollow” session?

They were part of the Hollow sessions.

How did you come to collaborate with MFL-Records and Who Dies In Siberian Slush?

Evander (Who Dies In Siberian Slush singer) got in touch with Jürgen and one thing led to another.

Who Dies In Siberian Slush have dedicated one of their new songs from this split to the Russian painter Kustodiev; wouldn’t you like to write a song for some Finnish man of art?

I wouldn´t count that out, of course, but to be honest, I don´t see that in the near future. I don´t have such a strong connection to any single artist as such.

My Shameful never had split-albums before “The Symmetry of Grief”. Did you get such offers before? Do you keep in touch with other doom bands from Finland?

It could be because I´m not such a social person. I don´t really keep in touch with other bands, Jürgen takes care of that. I have never seen myself as part of some scene to be honest. But right now we are working on a split release with Aphonic Threnody. Style-wise that will be a bit different, we´ll see how people like it.

Your songs have a certain negative vibe. Would you consider your art to be destructive?

Oh yes. This is not happy music for happy times. I don´t think anyone listens to our music to feel some sort of uplifting vibes. No, this is music for the darkest hours.