After releasing a collection of albums and EPs in the early ’90s, Germany’s Morgoth disbanded in 1998, but re-formed in 2011. They released a single named God Is Evil last year, and now they’ve completed a comeback album with the title Ungod. The album will feature vocals by new member Karsten “Jagger” Jäger (Disbelief), who replaced Marc Grewe in December.

Ungod will be released on March 30th in Europe and April 7th in North America via Century Media. Three days ago the label began streaming one of the new songs, “Black Enemy”, and it sounds damned good — atmospherically morbid, melodically memorable, and rhythmically jackhammering. Jagger’s jagged, reverberating howl is also a thing of beauty — and by “beauty” I mean bestially ravenous. 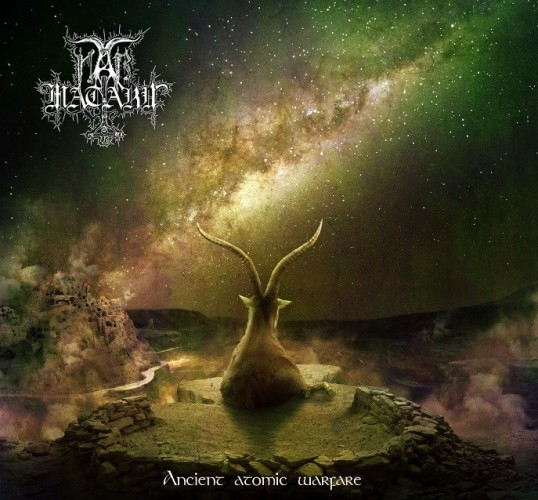 Almost one year ago I wrote about a not-quite-final version of a song by the Chilean death metal trio Nar Mattaru from their second album, Ancient Atomic Warfare. I had expected the album to be released last year, but it’s coming instead this spring. In recent days one of the new album tracks became available on Soundcloud. It’s fantastic, but I do want to warn you:

If you have poor sphincter control, this may make you shit yourself. That may also happen even if your sphincter is locked down tighter than Fort Knox.

“Declaration of Supremacy” is exactly that, a monstrous nuclear firestorm that propagates in a blast wave of thunderous drum and bass rhythms, exploding riffs, and radioactive guitar leads. The production gives the song a massive, overpowering sound, and the deep, gruff vocals are fittingly horrific. And just when you think the song is over, it transitions into a slow-moving death/doom magma flow with a rippling melodic guitar solo that will light up your grinning face.

The album will be released on CD by I, Voidhanger Records and on vinyl by Blood Harvest, with cover art by Sergio Gonzales. Very anxious to hear the rest of this behemoth. 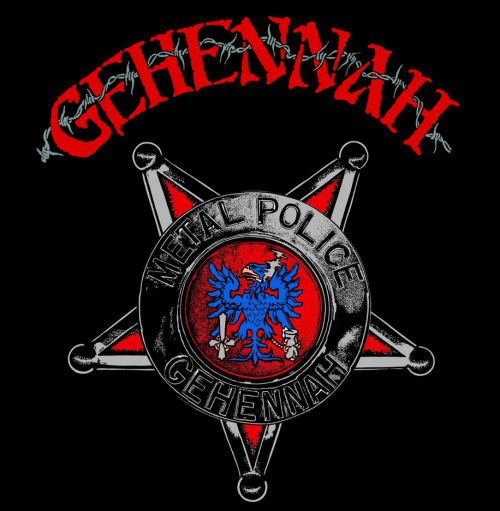 Sweden’s Gehennah have been around since the mid-’90s though their output has been scarce since their last album in 1997 — a couple of splits and a 2003 EP. But they’re now back with a new EP entitled Metal Police. As originally conceived, the EP was to include three new songs and a cover of Dwarves‘ “Fuck ’em All”, and would be released on 7” vinyl by Sweden’s Lightning Records.

That may still be happening, but in the meantime Gehennah signed with Metal Blade Records, and Metal Blade is now going to release an album-length version of Metal Police that will include two more original songs from the Metal Police recording sessions plus six recently re-recorded versions of older Gehennah output.

The title track to the new release has been streaming for a few days and it’s an immediate grabber, a jet-fueled black/thrash romp that’s immediately infectious. Killer riffs, killer soloing, killer caustic vocals — and a shout-along chorus that’s guaranteed to fill the throats of headbangers whenever it’s performed live. I think the alcohol content of my blood went up just from listening to this.

Metal Police can be ordered here. And word is that Gehennah will be recording a new full-length this year that should see release before the year is out. 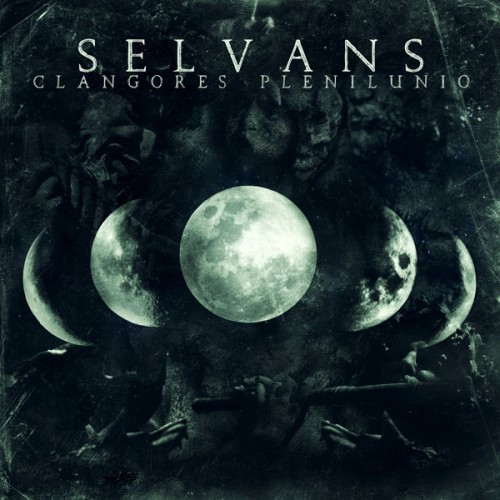 Selvans is a new band formed by the former members of the disbanded Italian pagan/black metal group DRAUGR. They’ve recorded a debut EP that they plan to release in 2015 — and the EP includes drumming and vocals by DRAUGR co-founder Jonny Morelli which were tracked prior to his death in a motorcycle accident in June of last year. The EP is being released by Selvans in his memory.

Last November I wrote about an edited version of a single from the new EP named “Lupercale” (which is amazing). The edited version of “Lupercale” is now available as a digital single on Bandcamp (here), and now we have another excerpt. This time it’s a clip from the title track, “Clangores Plenilunio”. Unlike the “Lupercale” edit, this one is too truncated to stand alone as a single, but it’s long enough to confirm that this EP is going to be a must-listen release.

Since I first wrote about Selvans, they signed with Avantgarde Music and Clangores Plenilunio will now be released by that label on February 13, 2015, the first day of Lupercalia.

(thanks to eiterorm for tipping me to this new excerpt) 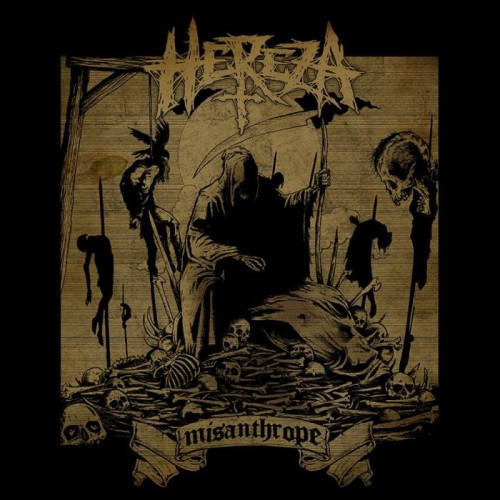 Hereza are a new death metal band from Croatia. Their debut is named Misanthrope and it will be released on February 10 by the Canadian label PRC Music. In December I caught a video clip for the title song, which I enjoyed, and then two days ago the band released a video for a second song named “Objesen”.

These dudes have got that delicious chainsaw tone of old school Swedish death metal, and “Objesen” confirms that they’ve also got a knack for writing catchy, fire-breathing songs that are made for moshing. (And make sure you’ve loosened up your neck muscles before you get to the 2:00 mark.)

P.S. Only after I finished writing this post, I discovered that the entire Misanthrope album is available for listening on Bandcamp, so even though I haven’t yet heard the album, I’m including the full stream after the new video.