Although I’ve had little time to myself this past weekend, I did listen to a couple of new things, beginning with a fantastic discovery named Katavasia.

NCS contributor KevinP alerted me to the existence of this new Greek band yesterday. There’s not much publicly available information about the band — the line-up hasn’t been announced, only the statement that it includes “members of well known black metal acts”. It does appear that they have recorded a debut album named Sacrilegious Testament, with a release date of March 31 via the Greek label Floga Records.

One song is up on the web, a riveting track named “Visions of the Misty Night”. It’s a blood-pumping song to say the least, driven hard by drum rhythms that alternate between rocking back-beats and blasts, and by urgent bass notes and gripping riffs. There are also some gripping melodic hooks in the song, the kind of rippling guitar leads that get stuck in your head very fast. And man, the vocals are amazing — an array of truly lycanthropic growls and howls that have range as well as bestial passion.

In a nutshell, this is an extremely tasty appetizer for the album. I have little doubt we’ll be writing more about this band as more information and music become available.

Last Friday Napalm Death released a video for a song from their new album. The song is “Smash A Single Digit” and the album is Apex Predator – Easy Meat. The song is a goddamned fury, and the video leaves no doubt about the band’s intent, for anyone who may be new to their philosophies.

The video was directed by Michael Panduro and the animation (which I think is awesome) was drawn by Lisbet Fredslund.  Watch and listen: 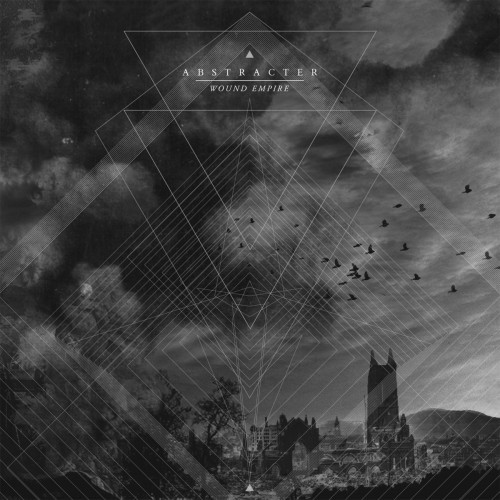 Abstracter are an Oakland-based band whose second album Wound Empire is set for release on February 10 by Sentient Ruin Laboratories. I’ve got the whole album, but so far have only listened to the one long song that has publicly premiered — and I’m really digging it.

The song’s title is “Lightless”. As the title suggests, it does indeed build a grim and oppressive atmosphere, but while the indigo melody is dragging your spirits into a downward spiral the song also has some all-beef juggernaut riffs in it that will get your head moving.

The PR stuff about the album makes references to “crushing blackened sludge infiltrated with elements of noise, black metal and psychedelic wrath” and claims that it’s “a must for fans of Altar of Plagues, Inter Arma, Thou, Samothrace, Amenra, Tragedy, Indian, Wolvhammer, Unearthly Trance and such”. And just based on this one song, I’d say that’s all pretty accurate.

“Lightless” is excellent. Listen below.