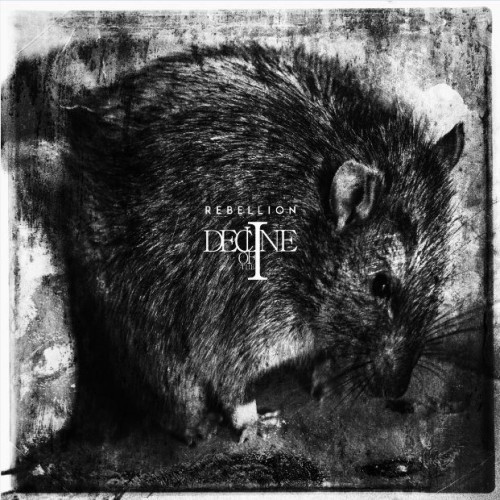 The French band Decline of the I are nearing the release of their second album, a seven-track work entitled Rebellion. We’ve paid close attention to the music as individual tracks have been released for public consumption. Last October we wrote about the first advance track from the album, a song named “Hexenface”, and then covered the premiere of a second one — “Lower Degree of God’s Might” — in mid-January. Now we ourselves have the pleasure of bringing you a third example of what Rebellion holds in store.

The song we’re premiering is “Le rouge, le vide et le tordu” (“The red, the emptiness, the twisted one”), and it is yet another display of the diverse talents of the band’s principal creative force, multi-instrumentalist  A.K., who has also performed in such bands as Vorkreist, Merrimack, and Malhkebre. 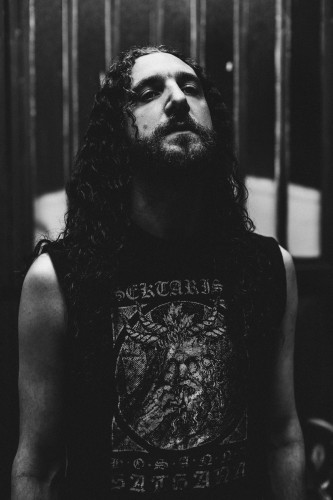 The song threatens sensory overload, because of both the gale force power of its assault and the density of the musical elements that have been layered into the sound. For much of its length it’s a maelstrom of slashing, dissonant riffs, turbocharged blast-beats, and piercing lead guitar notes, with vocals that range from an acid spray of shrieking to the howls of a wolf on the hunt.

I for one have no problem being flayed alive by this kind of black metal barrage — it’s an electrifying experience. But lots of other things happen within the song as well — the rise and fall of a dark melody; notes that peal like bells and writhe like serpents; pulsating electronic tones; the sound of massed voices; the buzzing of what sounds like a giant hornet swarm; a change in drum rhythm to beats that rumble and somersault or explode in an attack of double-bass artillery; the surfacing of bass notes to share time in the spotlight.

You really can’t take it all in by listening once — and the more you listen, the more interesting the song becomes, though it never ceases being… electrifying. Check it out below.

Rebellion will be released on February 27 in Europe and March 10 in North America by Agonia Records and can be pre-ordered now at this location. It features artwork designed by David Fitt (Aosoth, Secrets of the Moon, Svart Crown) and appearances by musicians from Merrimack, Anus Mundi, Temple of Baal, Eibon, and Drowning.

2 Responses to “AN NCS PREMIERE: DECLINE OF THE I — “LE ROUGE, LE VIDE ET LE TORDU””