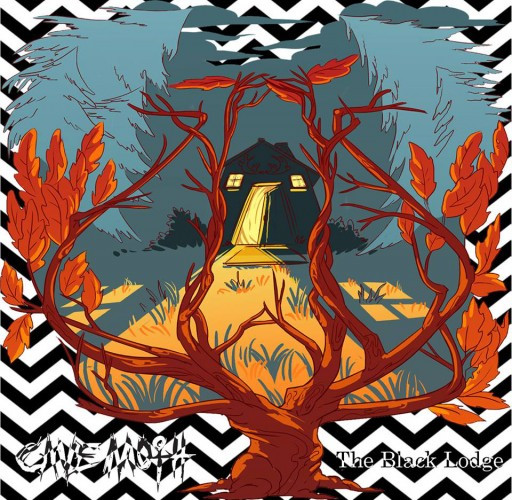 (Austin Weber brings us a collection of short reviews of grind core albums that have caught his fancy.)

I’m backlogged on metal I want to write about, including a diverse wealth of different-sounding grind bands I feel are worth mentioning. So here is a grind dump of grind bands whose names all coincidentally start with the letter C (except Executive Task Distraction, who have fucked that up). They all happen to kick major ass as well.

Also, watch how many times I say the word “grind”! Since grind is short, sweet, and in your face; the write-ups will be similarly brief. The last two bands give away their albums for free. Freedom is grind, free grind is freedom. Grind yer heart out!

Cave Moth sound like the result of what would happen if you took every crooked and dark element of Gaza and condensed them into a hyper-violent grind format with a bit of mathcore influence and supported by a fuckload of stark dissonance.

Utterly hopeless and shockingly bleak, The Black Lodge wastes no time in swiftly uppercutting you with authentic anger and lashing at you endlessly. I could be wrong, but my guess is the title comes from the portal to evil titled “The Black Lodge” that is a part of Twin Peaks, one of the greatest shows ever. This Florida wrecking crew mean business, and deliver as much vitriol in mere minutes as many bands do in an entire album’s length. This is a unique grind band you need to pay attention to. Enjoy the amorphous annihilation within! 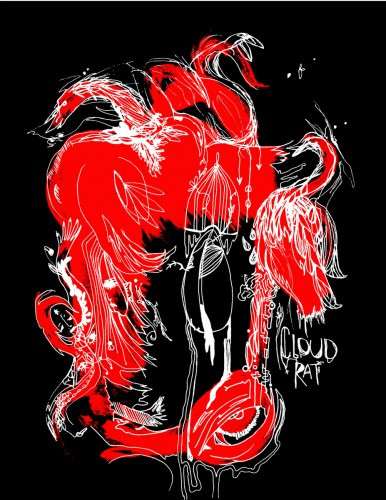 This Michigan grind force is one I’ve been following since the release of their album Moksha in 2013. They also have two equally vicious full-lengths prior to Moksha. The band dropped a compilation last year called Blind River that I somehow missed. The release consists of 12 tracks culled from several split EPs that the band were a part of between 2012-2014.

In execution, this is grind taken to poetic heights, thanks to the amazing lyrics, and I rarely will say that about any kind of metal lyrics. This stuff really is like metal poetry; I truly love and connect to these lyrics. Writing this good really enhances the vocals and the aggression and mixture of feelings being spit out. Blind River is just the shot of adrenaline your body needs, just don’t be surprised when an addiction to it soon festers. 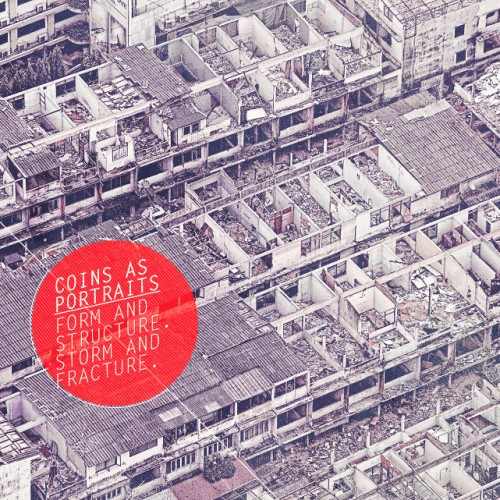 Coins As Portraits – Form and structure. Storm and fracture

Coins As Portraits are a Romanian technical/progressive grindcore act who have been blowing my mind for a few weeks now, courtesy of their zany, obscure Form and structure. Storm and fracture EP. Yes, this did come out in 2011, but close to no one knows them, so for all intents and purposes it’s probably new to anyone reading this. The other reason I’m posting about them is because they are still an active band in the process of working on new music. So, hopefully, this post will appeal to some people who will then follow them into the future.

Form and structure. Storm and fracture is complex, head-spinning grind at its finest, coming across like a crossbreed between deathgrind a la Maruta and Psyopus fretboard flutterings, creating something so demented and crushing that it threatens all ears and life forms that come into contact with it. This is grind all grown up, intent as the band states, to “take a progressive approach to songwriting, pushing past genre boundaries.” Their experimenting involves unusual time signatures, dissonance, and unconventional song structures.

If you like what you hear, the album isn’t available to buy on Bandcamp, only to stream. However, the band includes on that page a link where you can then download the album for free: http://www.fadinghalorecords.com/?page_id=93 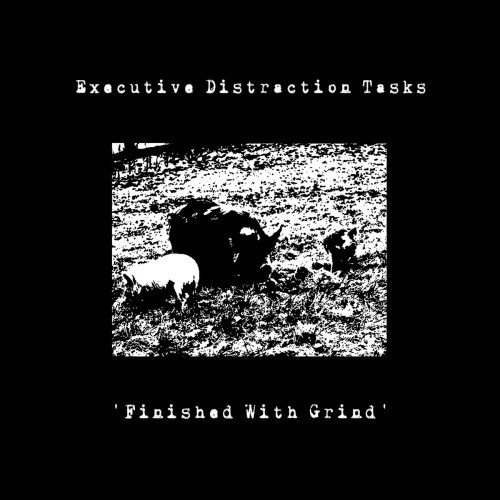 While this isn’t new or from a currently active band, I felt like including Finished With Grind due to both its batshit crazy qualities and its free-to-download-through-Bandcamp nature! A guilt-free way to enjoy an inactive band’s album!

Executive Distraction Tasks (from the UK) fall on the very short and bluntly technical end of the grind spectrum, barely hitting the 10-minute mark in 9 succinct grinding tracks. As far as what sort of grind they sound like, they say the following on their Bandcamp page, and it amuses me:

“Executive Distraction Tasks existed from 2004 to 2009, recording two extremely short demos and playing around forty similarly brief live performances in that time. Initially conceived by tech Rob Hobson, the sole mission of EDT was to play the silliest music possible. This was to be achieved by ripping off our favorite bands of the time: As The Sun Sets, Narcosis, Tangaroa and Ed Gein. Grind has always been about ego and showing off, despite what punks might tell you.”

If any of those bands are ones you are into, then Finished With Grind will be a grind record you’ll cling tightly to, and you’ll worship its over-the-top animosity.

4 Responses to “GRIND YOUR HEART OUT”