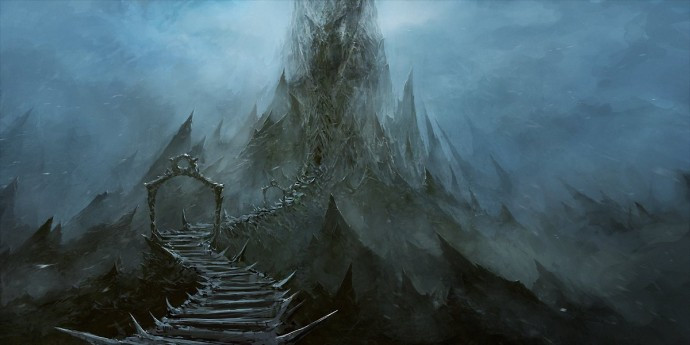 On January 3 of this year I saw the remarkable artwork you’re now looking at, a piece named “The Cold Steps To Solitude” by the Australian artist Chris Cold that was then destined to appear as the cover of an album by a band from Perth named Wardaemonic. I remember the date because I wasted no time in posting it on our site’s Facebook page. And I thought to myself, if the music turns out to be as good as the art, the album is going to be an eye-opener, too.

The name of the album is Obsequium, it’s due for release on March 13, and we have the pleasure of premiering its first advance track, “Endless War”.

That’s a fitting title for this song, because it’s a full-force black metal blitzkrieg of blasting drums, storming tremolo riffs, and razor-edged shrieks. The boiling conflagration is punctuated by bursts of dual-guitar jabbing and it subsides in the closing minutes to make room for a slow, sinuous passage of atmospheric melody, moving like poison fog across the blasted battlefield. 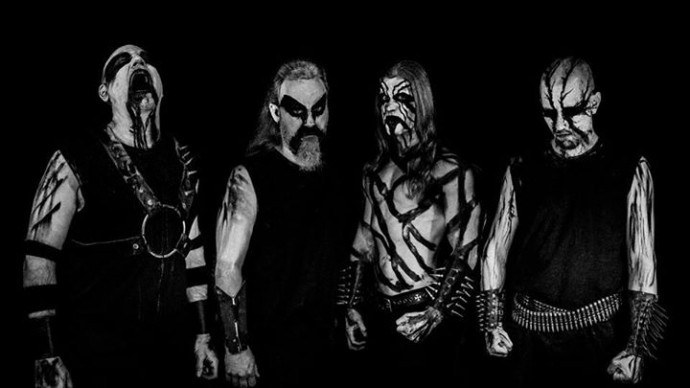 The music becomes eerie by the end, though no less ominous or unsettling. And although the song is a brazen assault on the senses for most of its duration, the melodies that the band succeed in infiltrating throughout the attack make the song memorable as well as an adrenaline rush.

It’s only one song, but it’s a promising sign that, yes, this album really could be as eye-opening as the cover art.

Obsequium will be available for order on Wardaemonic’s Bandcamp page, linked below.