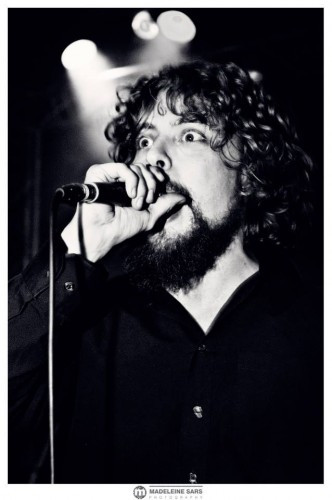 Hail Aleks! Yeah, Ananta has finally found its way to the public. It’s been quite a long process to be honest. We recorded Ananta approximately 1.5  years ago. Due to many factors the release got postponed several times. 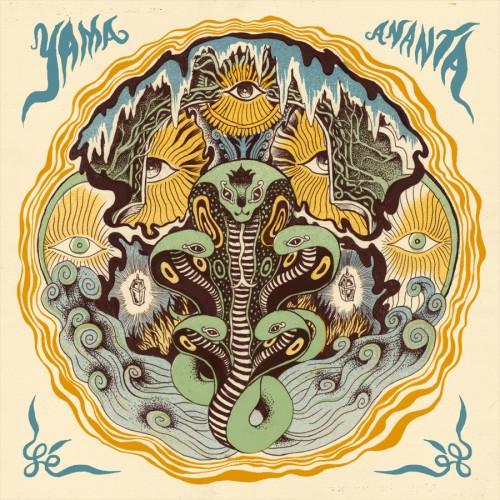 Let’s make clear the format of the Ananta album – as I understand, you have CD and vinyl editions, am I right? And what is the Lighttown Fidelity label?

You’re totally right. We have a limited ‘White/Black marble colored’ LP and an orange version. Pretty cool. Lighttown Fidelity is a small label, based in Eindhoven (the Netherlands). Despite it being small, or maybe because it is small, Lighttown has a really nice roster, and Matthijs – the label owner – is a dedicated and friendly guy.

Yama was formed in 2008, and only now you have this killer album! Where have you been all this time?

Well, we officially started in 2009, by the name ‘Les Ailes’. But so much changed, we have a different drummer, different bass player, and all but one of the ‘Les Ailes’ songs aren’t part of the Yama set right now. So it’s better to say that the story of Yama started in 2010. One year later we released our EP Seaquake. And well, there’s been a quite long time between our last release and Ananta. But not 6 years! 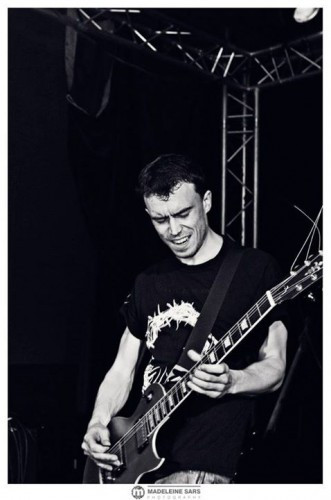 I guess that line-up could change over that period, so who are in the band now?

Starting with our guitar player and co-founder of Yama is Sjoerd Albers. On bass it’s Peter Taverne, and our drum animal is Joep Schmitz!

Ananta is full of strong stoner-hits or rock-hits – we can call it however we want, right? How long did it take to record these tracks in the studio? As I understand, you played most of them countless times during your gigs…

This description sounds pretty accurate. I’ll go for that. We aimed to record the entire album in two weekends (4 days), but that was a bit naïve after all. It took us about 3 weekends.

I think we played about half of the songs on Ananta live before we hit the studio. By now only “SOTCII” [“Swordsman of the Crossroads II”] and “Vy” are still “virginal” in that sense. 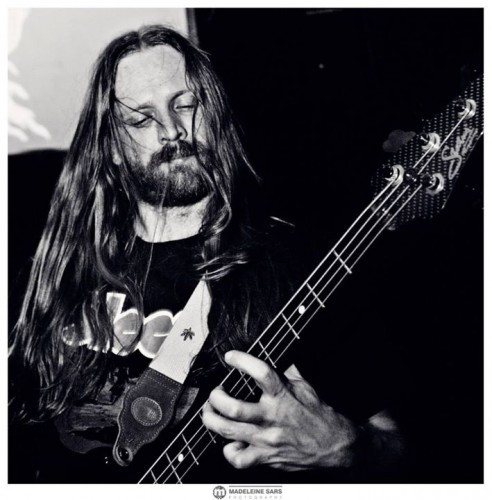 What does “Vy” mean?

It’s from the verb ‘vying’, in other words: rivalry. This comes back in the lyrics because it’s some sort of message from a God (or anti-deity), complaining about mankind. As for the biblical, as well as the qur’anic,  explanation, God created mankind in his likeliness or image (see Genesis 1:27). In “Vy” the antagonist (the Anti-God) describes this relationship as a rivalry. Here is our central theme of human hubris.

“Yama” is a god of the Hindu and Buddhist religions, “Ananta” is a Sanskrit term as well, and you have a “Ruach Elohim” song as well, which name is connected with Hebrew traditions. What is the spiritual message of Yama?

We are really attracted to the idea(l) of self-cessation or transcendence of the ego. This is a central concept of the Vedic and Buddhist tradition. Yama is also a term associated with several forms of Yoga. In this context it literally means ‘destruction of the ego’.

Our (late) modern society today is strongly focused on constant praise of human endeavors; our collective Ego. This doesn’t only imply that mankind consciously and consistently puts itself on a pedestal. There’s also a strong anthropomorphic ‘blind spot’, from our point of view. How on earth is it possible that we’re demolishing the planet, other species, and aren’t willing to change how we live, consume, et cetera? Are we only concerned with our habits, our physical pleasures? How is it possible that in 2015 1 billion people are starving to death. While – sometimes even in the same country or continent – people are dying from obesity.

The conception of holistic thinking, of a mankind that’s integrated in the larger ‘wheel’ of life, that’s what we associate with the spiritual figure of Yama. And well, there’s a strong link with the themes of our songs.

Well, it’s interesting what you’ve said there. Does living in Netherlands make you think about the fostering of ego? Or is it just a result of living in our big and miserable human world in itself?

Hm, well I think it’s not particularly the societal situation in the Netherlands, as mainly it is the Western world that has become pretty addicted to the Ego (not specifically the Freudian version). The whole ideal of breaking out of traditional chains — ‘think for yourself’, ‘decide for yourself’, ‘design your own life’ — has been exploited and become perverted by a neo-liberal political constellation: commodification of all human endeavors, the marketing of the ‘I’, the sanctification of the Ego… Well, I guess you get the picture… 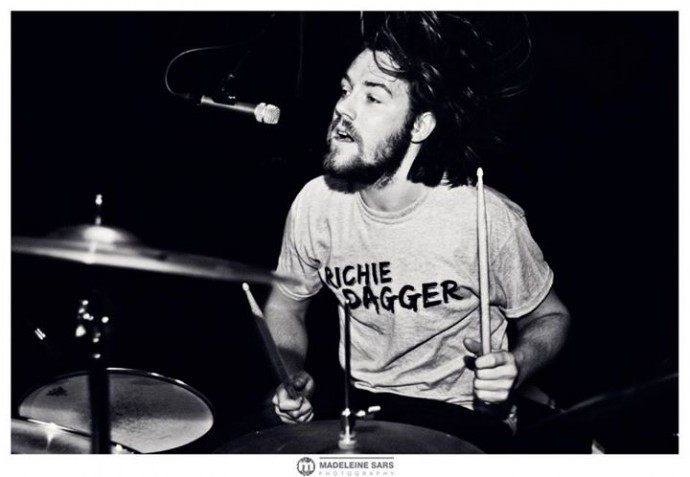 Yet the song with most intriguing name for me is “Migraine City”. What is it about?

Haha, this is really funny. It is actually about your hometown, St. Petersburg. Don’t get me wrong, it’s a beautiful town and we met some nice people (including yourself). But when I was there I experienced some sort of bleakness, despite places like The Hermitage and all the majestic palaces around the Neva. Or maybe just because of this. This strong contrast between the splendor of these buildings compared with the rough history of the city. And also the kind of rude people – especially in uniforms – we encountered there.

Have you any plans to promote Ananta with touring or gigs?

Absolutely. Right now we’re planning several gigs in the Netherlands, Belgium, and Germany. During the summer months we hope to set up a tour around a few European countries.

Do you already have some dates?

Yeah, we’ve got several dates planned in order to promote Ananta. Not yet in Russia, nor outside of Holland/Belgium and Germany. But we’re working on this. Some dates are: 20 March in Den Bosch (NL); 28 March in Amsterdam; 18 April, in-store shows in several record companies in NL; 19 April in Bonn, Germany; 9 May in Hagen, Germany; 16th of May in Utrecht (NL); 22nd of May in Antwerp (Bel); 30th of May in Wortel (Bel); 21st of June at a festival near Nijmegen (NL); and 29th of August at Black Sunset festival in Albshausen (Germany).

So that’s already a few nice dates and still working on more. We hope to do a summer tour across Europe.

Alex, as I said, Ananta is a really strong record. By the way, hah, do you agree with that statement? Do you feel the interest and recognition of the stoner/doom/rock community?

In fact we received a great response by bloggers, magazines, and stonerminded individuals. It’s really encouraging and exciting to get all these positive reviews!

Does this recognition encourage you enough to continue with Yama? Do you have any plans for future releases?

Well yes it does! These days aren’t easy. There’s hardly a way to make proper money with alternative music. Due to an (over)saturated market: there are just so many bands! But also because there are costs and record sales aren’t goldmines nowadays. But, we’ll keep on rocking. And yes we do have some new songs and some more songs that will be written in the upcoming months. So hopefully next year around this time we will present a new album.

Alex, you’re a sociologist, where do you see the social roots of stoner music?

Well, if I’m not mistaking, it descended from the southern desert of the US. Bands like Yawning Man, Kyuss, et cetera, jamming around the sandy fields. It’s kind of a nostalgic genre if you ask me. So, to answer both this question and the next one: I think there’s some sort of return of Romanticism nowadays. As for the ages of industrialization, this age of globalization, digitalization, et cetera, they have brought about an even bigger and more complex (social) world. Just take a look at the crises we see around us (financial crisis, ecological crisis, terrorism a.o.). I don’t claim that stoner rock provides an answer to all these questions or provides some sort of philosophical framework we can fall back on. But in many modern societies there’s an increasing revaluation of craftsmanship, biological food, and more of these things. I think the popularity of stoner rock can be understood in line with these tendencies (I’m becoming more of a trend-watcher than a sociologist). Because of its nostalgic, back to the ’60s/’70s, vibe and its organic structure. I’m not sure about the accuracy of this cultural analysis. But that’s, in short, how I would explain this.

One Response to “AN NCS INTERVIEW: ALEX SCHENKELS (YAMA) — “STONER THAT KILLS THE EGO AND HELPS REACH ENLIGHTENMENT””