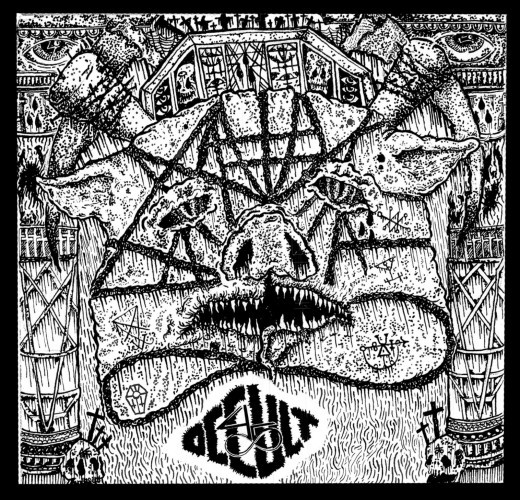 After releasing a debut EP, a couple of demos, and a split with Drones for Queens, Philadelphia’s Occult 45 have signed with Broken Limbs Recordings for the release of a new EP named Human Abhorrence — and we’re bringing you the premiere of a full stream right now.

The seven tracks on Human Abhorrence will only take about 12 minutes of your time, but Occult 45 pack a lot of highly varied mayhem into those minutes. If you’re like me, your first impulse after finishing it will be to let it run rampant through your head all over again, just to pick up what you missed the first time through. 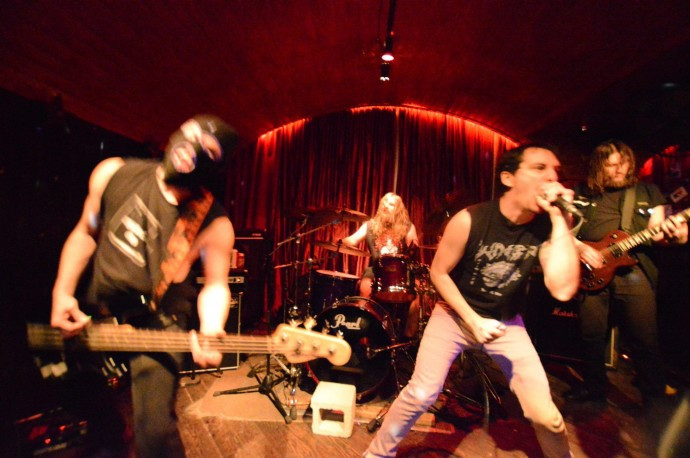 The sound of the music is utterly corrosive, the guitars and bass distorted to the point that you can smell the fumes as this vile, crackling acid eats through the floor, the walls, and your cranium. And while that’s happening, an acrobatic drummer does his best to dismantle your joints while the vocalist barks and howls like Barney Greenway with added rabies.

It’s grindcore at its core, but Occult 45 aren’t content merely to punish at high speed. The rhythms are constantly changing (though all of them are made for moshing), with riffs that turn on a dime from slashing to rumbling to freight-train chugging to methodical, skull-cleaving hammer blows. The percussion doesn’t stay in one vein for very long either; there are backbeats along with the blast-beats, and much else besides.

For added ugliness, the band throw in, here and there, doses of variable black noise (the closing section of “Succubi”sounds like  buildings collapsing in an earthquake).

And on top of all that, Occult 45 display a penchant for dropping into low, slow, doom-drenched crawls. Case in point: In the space of the first minute of “Death With Dignity”, the band effectively create a suffocating atmosphere of obliterating hopelessness — and then explode in a furious bout of clobbering riffs and bone-fracturing percussion, ending in a searing spray of acid guitar and feedback.

Twelve minutes well-spent, that’s what Human Abhorrence will provide you, a creative outpouring of venom and viciousness that doesn’t take your attention span for granted. Check it out below — the EP will be released by Broken Limbs on March 10 — and catch Occult 45 on stage at one of these upcoming dates: