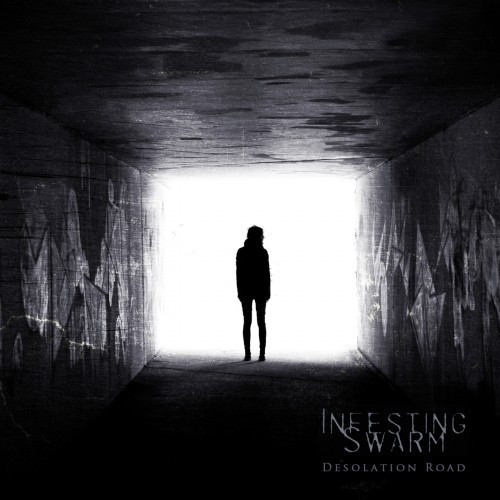 Infesting Swarm are a German band formed in 2007. Their first demo, released in 2011, delved into the depths of blackened death metal, but their their debut Desolation Road, which will be released through Art Of Propaganda on March 30, reflects musical change of course. In this post you’ll have the chance to sample what the new album holds in store as we premiere the album’s sixth track, “Der Lauf der Zeit”.

The song is a long one, in excess of nine minutes, and it makes full use of the time. The music employs the racing, ripping ravages of a black metal assault, with raking tremolo riffs, blasting drum beats, and flesh-rending howls. But it’s also a deeply atmospheric piece, with big moving waves of bleak melody that bring down heavy clouds of sorrow verging on despair, parted by piercing rays of light. 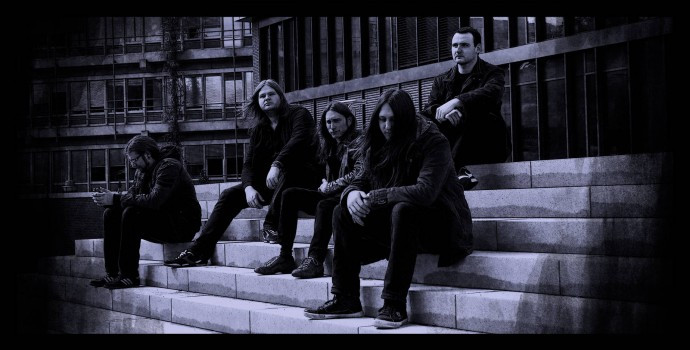 The rippling tremolo-picked chords unfurl emotionally powerful melodies that become panoramic in their sweep, but the song also includes a slow, mesmerizing passage in which echoing guitar notes and vibrating riffs strike a balance with the slashing segments that precede and follow it.

The song is one that will stay with you, a mood-changing piece that resonates in the mind once the sounds come to an end. Hope you enjoy it as much as I have.

Desolation Road will be released by Art of Propaganda on March 30 and can be pre-ordered at this location:

One more song from the album has been made available for streaming (“Ending”), and I’ve included that one below our premiere of “Der Lauf Der Zeit”.